New restaurants serving BBQ baby back ribs, quesadillas and Caribbean fare are headed to Clarksville, Ellicott City and Columbia. From fast-casual on Route 40 to established owners the Marriner family and Steve and Rob Wecker, we’ve rounded up a list of nine restaurants that are opening in Howard County or have opened within the last four months. 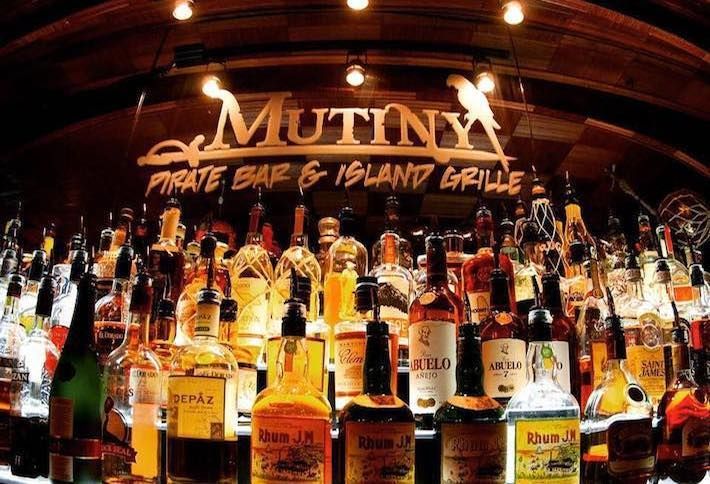 Howard County will get a new place to grab some grub and grog when the owners of The Iron Bridge Wine Co open a Caribbean-themed restaurant later this year. Once co-owner Steve Wecker receives final drawings from his architect this month, it will take four to six months for the build-out, Steve says. "Our interior designer has a great plan," Steve says. Serving 152 types of rum, mojitos and fish tacos, Mutiny Pirate Bar will open at the corner of Main Street and Old Columbia Pike in downtown Ellicott City. The nearly 5k SF restaurant will seat 100 inside and offer private dining and a rooftop that seats another 55. It will be the second Mutiny Pirate Bar. The other is in Anne Arundel County's Glen Burnie.

The owners of popular Victoria Gastro Pub in Columbia will open their second Howard County restaurant in Clarksville, near routes 108 and 32. Food Plenty will occupy the top floor of a new building, totaling 5,500 SF, and serve seasonal and local comfort food when it opens during the middle of 2017, says Victoria Gastro Pub COO Rachael Mull. Construction began in October, but the lease for the restaurant has yet to be finalized. Rachael and sister Tori Marriner Buscher and parents Randy and Mary Marriner operate the restaurants and Ellicott City farm brewery Manor Hill Brewing.

A sign at the former Shanty Grille on Route 40 tells drivers that smoked brisket, BBQ baby back ribs and pulled pork will make their way to this space. Mission BBQ will open its third Howard County location late spring or early summer, says co-owner and Howard County native Bill Kraus. Its other Howard County locations are in Laurel and Columbia. Known for its dedication to veterans, firefighters and other service personnel, the company embarked on an ambitious expansion plan two years ago.

And speaking of BBQ, Urban Bar-B-Que just opened its first Howard County location in Ellicott City this month in residential and retail development Shipley's Grant. The restaurant company started out in Rockville and now has nine locations in Maryland and Virginia.

Chips and guacamole will take the place of papadum when Cinco de Mayo opens in early February in the former Royal Taj spot in Columbia. Meanwhile the beloved Indian restaurant recently moved into a larger space, in the former Applebee's at 8335 Benson Dr. Other Cinco de Mayo locations are in Westminster, Hagerstown, and Martinsburg, W.Va.