With new mixed-use developments and the revitalization of downtown Columbia underway, Howard County is one of the busiest spots in the state. 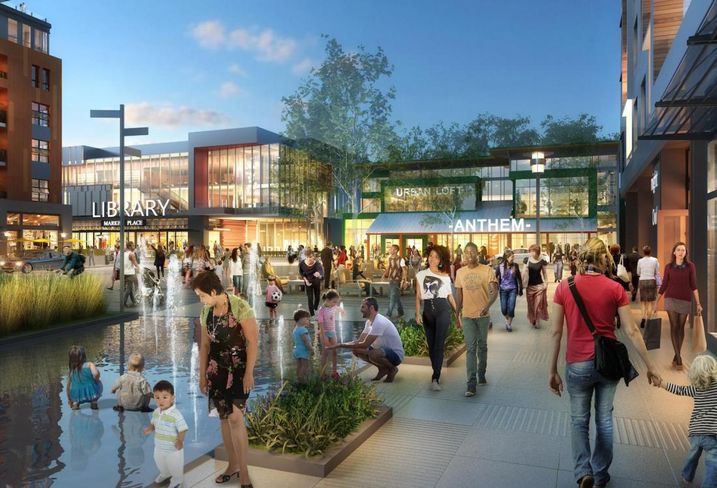 Phase 2 of the Merriweather District will include a pedestrian-friendly "urban village."

Downtown Columbia's "urban village" — the next phase of downtown Columbia's 14M SF development — will begin taking shape this year. The Howard Hughes Corp. will begin construction on a 350-unit residential building and a 300k to 400k SF office building by the end of the year, Howard Hughes vice president of development Greg Fitchitt said. Fitchitt will be a panelist at Bisnow's Howard County Boom event Feb. 23 at One Merriweather in Columbia, starting at 7:30 am.

The buildings are part of Phase 2 of the Merriweather District, which will include a pedestrian-friendly town square with festivals, an ice rink, performances and markets. All told, the second phase will have two office and residential buildings, 150k SF of street-level retail and 2,500 public parking spaces. 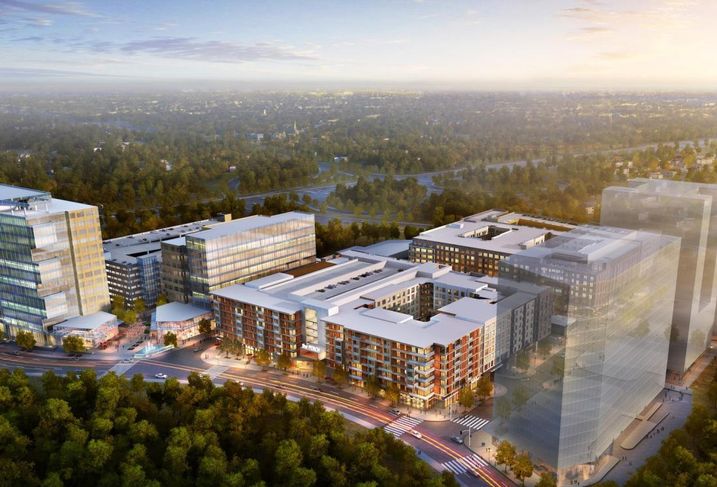 Courtesy of Howard Hughes
Aerial rendering of the Merriweather District

The Howard County Council in November approved $90M in tax-increment financing to build the garage (which will also serve Merriweather Post Pavilion customers) and road network to support the urban development. 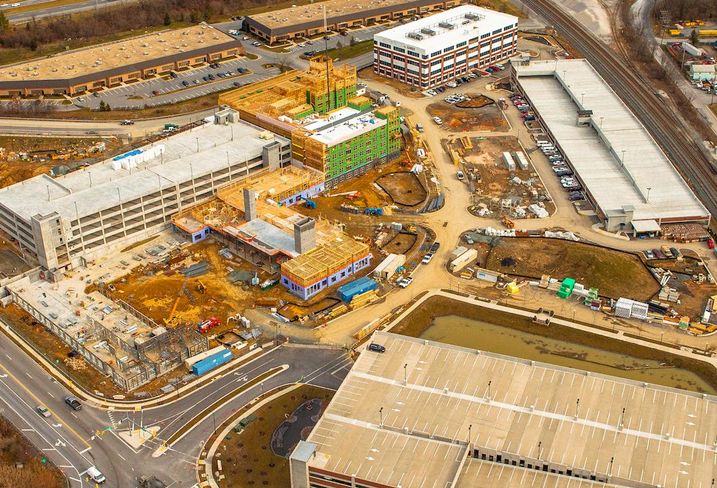 A few miles south of Columbia, Somerset Construction Co. is developing another live/work/play project within walking distance of the Savage MARC station. The $200M Annapolis Junction Town Center will deliver 416 resort-style apartment homes this summer and a 101k SF office building in April, said Somerset chief operating officer Neil Greenberg. The project will also include about 20k SF of retail. 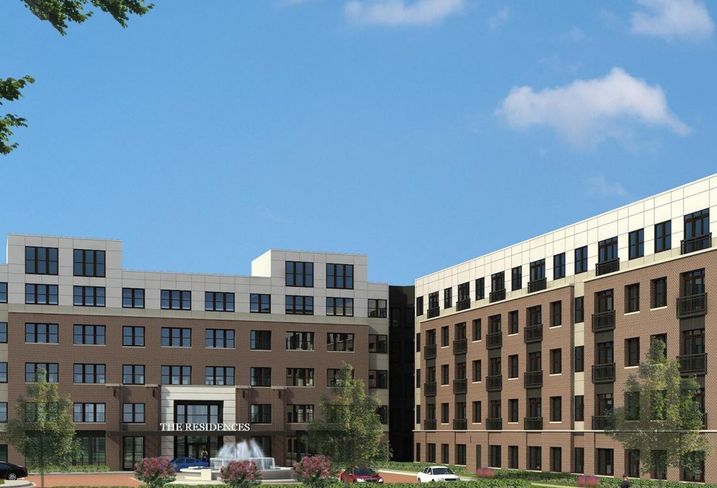 Renting the studios, one- and two-bedroom apartments will cost between $1,400 to $2,600/month. Amenities at the LEED Gold-certified building will include a saltwater pool, bocce court, dog walk area, business center and bicycle repair shop.

The apartment is close to Route 32 and office jobs in the county.

"The days of one person in one car traveling long distance to work are becoming more difficult," Greenberg said.

Starting late next year, the next phase will include a hotel with more retail and restaurants. It will be modeled on the developer's Arundel Preserve Town Center development near Arundel Mills mall. 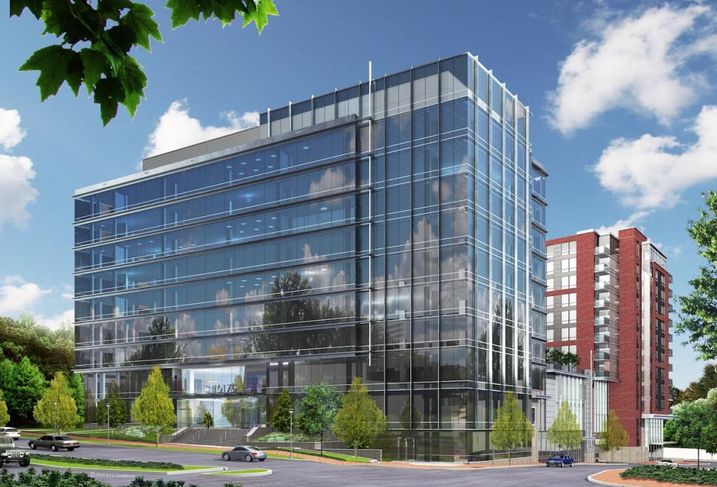 That leaves the building, developed by Costello Construction, with 28k SF of office and retail available for lease. Interest in downtown Columbia has accelerated during the last five years, in part because Millennials want to live near where they work and play, Bennett said.