New local investor Mosaic Realty Partners has teamed with New York Life to buy the 775k SF 7600 Assateague Dr in the B/W Corridor. So where did these Mosaic guys come from? 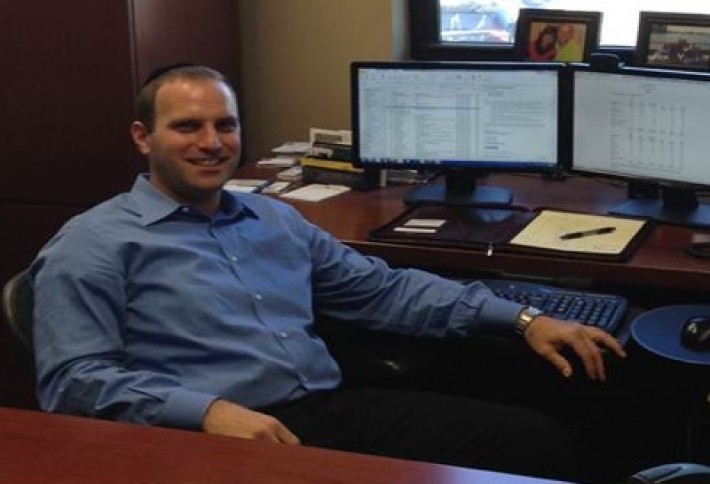 Isaac Pretter (snapped yesterday in his Baltimore office) and co-founder Eron Sodie (below in his Bethesda digs), each formerly of Fremont Investment & Loan and then iStar, launched Mosaic in June 2012 and have used friends' and family's equity for smaller investments. Then came the big one: Isaac tells us their first LOI for 7600 Assateague, Giant's former warehouse, went out in the fall, Mosaic was selected as the buyer in December, New York Life entered the conversation that same month, a purchase and sale agreement was signed in January, and the deal closed Friday. (Mosaic will also close the acquisition of a grocery-anchored shopping center in Elkridge a week from tomorrow.) 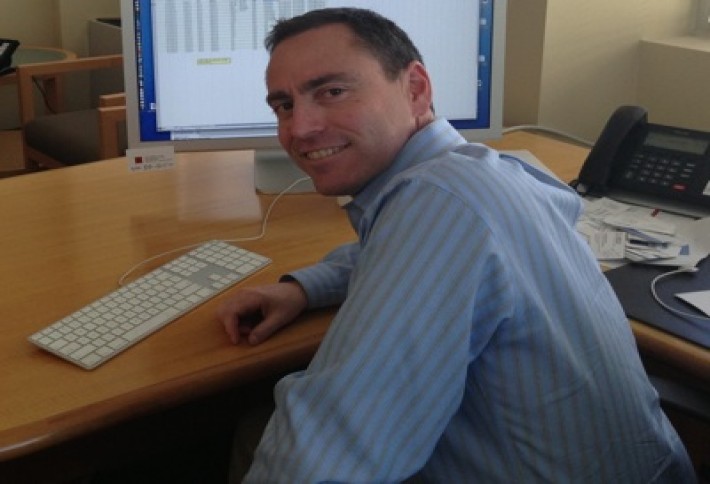 New York Life funded the "vast majority" of the capital for 7600 Assateague, Isaac says, but Mosaic did put its own money at risk to get started. He says the JV paid a fair price to Giant, which had developed the warehouse 40 years earlier, had minimal basis in the property, and wanted to monetize it as part of the grocer's move to Pennsylvania. Mosaic and New York Life gain an I-95-adjacent warehouse on 60 paved acres below replacement cost. Isaac also tells us stormwater management regs mean building out a similar structure with 60 paved acres would require 100 total acres now, and no such parcels exist along the highway.

Snapped this morning: Cushman & Wakefield's capital markets guys who worked on the sale--Chris Abramson, Brian Kruger, Jon Chalkley, and Nick Signor. Isaac says tenant demand for the vacant warehouse poured in even before the deal closed. Fortune 500 companies are among the lookers. Once it's leased up, the JV will decide whether to hold or sell, though Isaac tells us they'd like to take advantage of the hot bulk warehouse sales market. He adds that most users wouldn't need a large portion of Giant's trailer parking space, making 15 acres available for separate sale or development.

C&W's industrial team of Michael Elardo, (center) Jared Ross, and Michael Kimmel also worked on the sale and are handling lease-up. Michael Elardo tells us they and Mosaic went over the prospective-tenant picture yesterday, have three half-building proposals out, and will put out another next week. Most interest is coming from retailers and 3PLs, and he's confident half the building will be leased by year's end. While a full-building user has toured, he expects the property to lease to two tenants, which will provide security for the owners.