The longtime home of CNN is being sold by the cable news business's parent company and could be transformed into more of a retail hub under future owners. 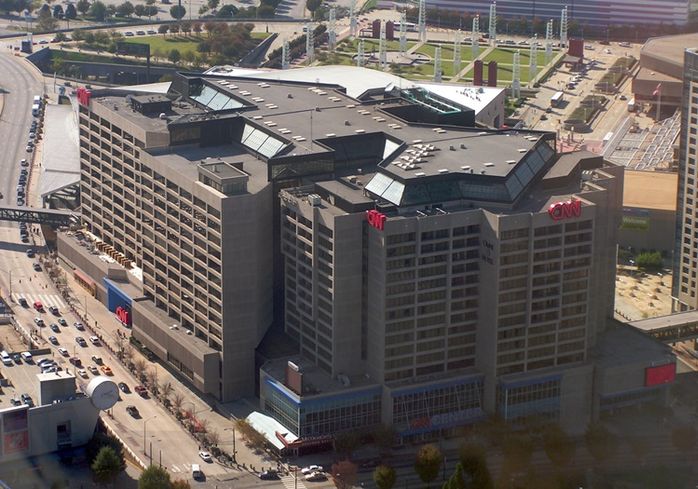 WarnerMedia, a subsidiary of AT&T that operates CNN, HBO and other properties, told staffers on Monday that it plans to sell CNN Center, the iconic 1.2M SF facility on Marietta Street in Downtown Atlanta.

It was unclear as of press time whether there was a buyer or deal in place. WarnerMedia Chief Financial Officer Pascal Desroches’ memo said that “we are not disclosing the sale price at this time,” The Atlanta Journal-Constitution reported. CNN’s story on the announcement said the company will “look for a buyer” for a possible sale-leaseback deal.

One CNN Center, at 190 Marietta St., has an assessed value of $200M, according to Fulton County Property Assessor records. The property was damaged in late May during the nationwide unrest after George Floyd’s death, its lobby becoming the grounds of a standoff between police and demonstrators. 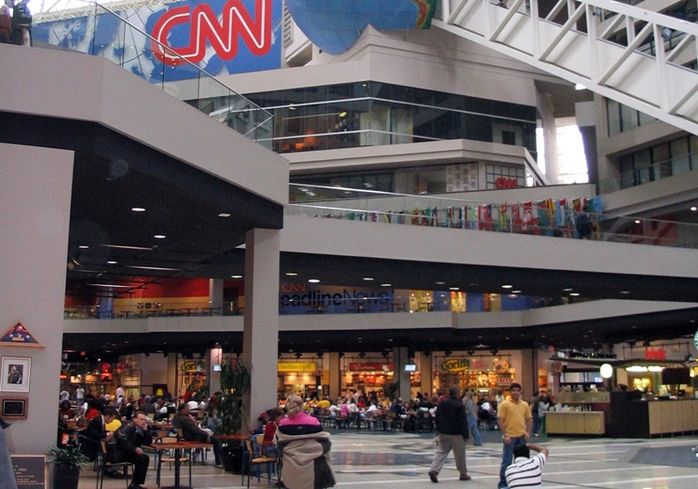 Wikipedia
The mall inside CNN Center.

A lease with the new buyer could reach five years, but ultimately operations there would move to Techwood area in Midtown, near Georgia Tech, where WarnerMedia already owns a number of buildings and houses such divisions as TNT and Cartoon Network.

While Techwood was the birthplace of CNN, CNN Center is where it became a global brand after it opened in 1987, becoming a focal point of the 1996 Summer Olympics and the downtown area’s revival.

CNN, the brainchild of media mogul Ted Turner, moved the main broadcasting operations of the newsroom in 2014 to New York and Washington, D.C. Along with the rest of WarnerMedia’s New York operations, CNN’s broadcast now operates out of Hudson Yards in Manhattan.

Time Warner, before it sold CNN Center to AT&T, considered selling it in 2016, but the eventual merger scuttled those talks, Desroches said in the memo, according to CNN.

"Now that we've had time to further evaluate, we've concluded that the best course of action is to sell the CNN Center," he wrote.

HLN and CNN International continue to operate out of Atlanta, as does the company’s news website and executive offices.

“This move in no way should suggest that WarnerMedia is less committed to Atlanta. Following the sale of the CNN Center, we plan to centralize most of our employees on the Techwood campus. This process will take several years, so we don’t expect any immediate changes for employees working at the CNN Center,” Desroches wrote.

While mainly offices, CNN Center does house a 114K SF food court, home to a Starbucks, a Chick-fil-A and a McCormick & Schmick’s, leased by JLL. The entire campus could have its office use reduced in favor of more retail — it sits between State Farm Arena, home of the National Basketball Association’s Atlanta Hawks (except for the rest of this season) and Centennial Olympic Park.

“Downtown Atlanta has seen great investment and is quickly becoming an entertainment destination,” Desroches said in the memo. “The CNN Center is of great value to a third party that specializes in such developments.”