Siemens Caps A Flurry Of Office Activity In Peachtree Corners 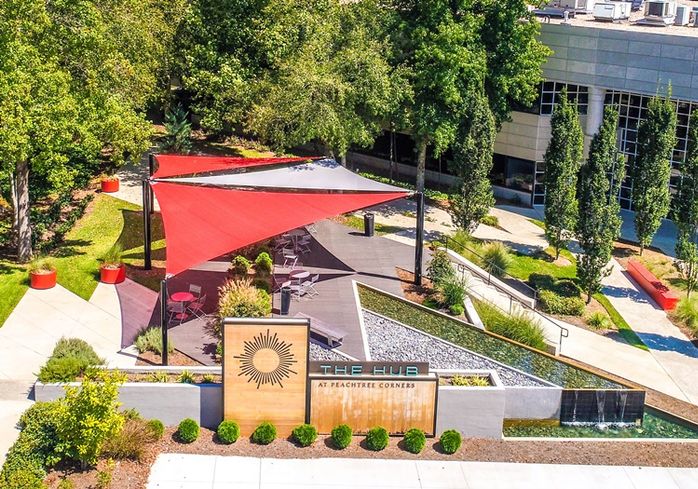 Siemens has leased 75K SF at a two-building project known as The Hub and Catalyst off Peachtree Industrial Boulevard in Peachtree Corners, sources familiar with the deal tell Bisnow. Siemens will move from Lakeside at Peachtree Corners, a nearby office park. Siemens also renewed 53K SF earlier this year at 5300 The Triangle Parkway, according to Colliers International.

"They now have 650 employees in the city, making Siemens our largest employer," Mason wrote in an email.

Siemens' lease is the latest in a string of deals with big corporate names that appear to finally be reversing Peachtree Corner's struggles as an office market in the wake of the national urbanization movement.

The city is luring back companies seeking an urban-feeling walkable environment, but without the sticker shock of office rents in submarkets like Midtown, Buckhead or even Central Perimeter.

“Peachtree Corners is doing a good job in trying to get a sense of community,” Avison Young partner Kirk Rich said. “I would call it a value-oriented play within a market that has seen significant pricing increases everywhere else."

Peachtree Corners' office health was sliding for some time, though. Vacancies surged upward in 2015 and 2016 when landlords in the city lost more than 430K SF in leases combined in both years, according to Colliers International Atlanta. Vacancies today stand at 23%, on par with 2015 before it spiked to 26% a year later.

“The submarket epitomizes the suburban office boom that occurred throughout the 1980s and '90s,” CoStar stated in a recent Peachtree Corners submarket report obtained by Bisnow. “Since tenants have preferred more amenitized, urban office spaces this expansion, Norcross/Peachtree Corners has struggled to compete with in-town office markets.”

Even before then, city officials were aware the submarket was facing an uphill climb in terms of economic development. After being founded as a city in 2012, Mason recalled a phone conversation with the head of economic development for the Gwinnett County Chamber of Commerce, who painted a bleak picture for him with vacancies at 25%.

“That's like a Third World country,” Mason previously told Bisnow. “Everybody said the same thing: You have no millennial housing and all the young workers want to live in Midtown in nice apartments. So we knew we had a challenge.”

Since then, the city pushed a number of programs to bolster its reputation with business leaders. It established a startup incubator program and launched a coding school with Georgia Tech, tapped a well-known developer to build a new city center mixed-use project and built one of the country's first driverless vehicle testing tracks.

At the same time, a slew of new investors picked up various of the circa 1980s office buildings and began to renovate them, including The Hub and Catalyst, which recently was turned into loft offices. 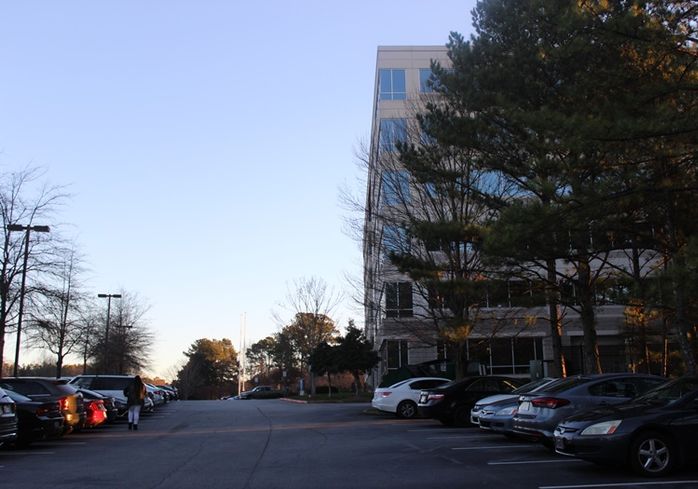 Bisnow
6200 The Corners Parkway, one of the many low- and mid-rise office buildings that dot Peachtreee Corners' tree-lined office parks

The gambles paid off.

Aside from Siemens, MassMutual made an 11K SF move to Peachtree Corners from Central Perimeter, CarMax opened a 98K SF customer-experience center at 5707 Peachtree Parkway, Hapag-Lloyd committed to a $5.5.M, 363-job expansion and Crawford & Co. also moved from Central Perimeter. Even Fleetcor, which announced it was leaving Peachtree Corners earlier this year for Buckhead, still retained 25K SF in the submarket.

“It's been our most active year and our team has been working that market since 2006,” CBRE Senior Vice President Bryan Heller said. Heller represents the landlords of Catalyst, where Siemens moved, but he declined to confirm or comment on the deal to Bisnow.

"It is perhaps the most relevant aspect to many companies looking to move to Peachtree Corners as well as reasons to stay,” Mason said. "The city is clean, safe, has a nightlife, the river, exceptional schools and several parks. Rather than luring companies with large inducements, the city is preserving and enhancing property values so that businesses can plan on long-term, profitable investments with minimal risk."

Part of Peachtree Corners' growing appeal — aside from rents, which average $18.25/SF compared to $27.40/SF for all of Metro Atlanta, according to Colliers — is its proximity to both the city as well as Central Perimeter and the northern bedroom communities in Gwinnett County, Heller said.

"It's all about value. Think about the two or three closest submarkets, which is Central Perimeter, Chamblee, which is $10 more per square foot, and Johns Creek, which is out there,” he said.