The Fastest-Growing Office Rents In The U.S. Are In Atlanta

For the first time, Atlanta's office rents have taken a national stage thanks to their staggering growth. 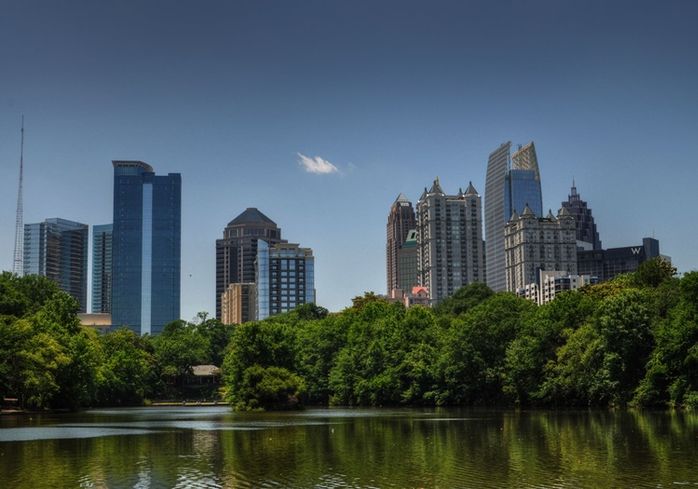 Mike/Wikipedia
View of the Midtown Atlanta skyline from Piedmont Park

Rents at Atlanta's premier office spaces in Midtown and Buckhead have risen 14.2% since last year, breaking the $50/SF ceiling for the first time.

That puts Atlanta's dot on a propitious global map: The two submarkets charted the fastest rent increases of any U.S. city in the past year, according to a recent CBRE study.

Atlanta experienced the sixth-fastest rent growth of all major global office markets. CBRE defined those rents as occupier costs, which also include service charges and taxes for a market's premium office space.

“I would agree with that report,” Savills Executive Managing Director David Rubenstein said. "When we have tenants revisiting their lease after five or 10 years, we are seeing significant increases on occupancy costs."

Rents throughout Atlanta have risen in the past year, but the real acceleration has been felt in its two prime submarkets of Buckhead and Midtown, according to CBRE. That has prompted a development renaissance in Midtown in particular.

While the added development has increased Midtown's vacancy rate from 16.5% to 17% in the past year, much of the new space is already being gobbled up by companies before they even deliver, which is helping to support the high rents. According to Savills, more than 3.1M SF was leased in the first quarter, which is the strongest quarterly showing since 2014.

“Traditionally, Atlanta has been viewed as a commuter metro due to its large land size and corresponding suburban sprawl,” CBRE officials wrote in the report. “However, tenants are flocking to Buckhead and Midtown, capitalizing on its increasing densification and transit options to attract and retain top talent from the greater metro area.”

While demand has helped to support sky-high rents, landlords are not necessarily making a killing. After all, the cost to build has skyrocketed in recent years as well.

“By far, the biggest reason these rents have gone up is the cost of construction,” CBRE Senior Vice President Dale Lewis said.

The average cost of construction in the U.S. jumped 5.7% last year, according to ConstructionDive. In Atlanta alone, the per-SF cost to build a traditional office project topped $165/SF, according to JLL.

These costs — and the consequent jump in rents to justify a project's existence — have created a bifurcated reaction among tenants.

For most national and international companies opening offices in Atlanta, $50 per SF for rent in Midtown is still a bargain compared to cities like New York ands San Francisco, where rents easily rise into the triple digits per square foot, Transwestern Director of Research Keith Pierce said.

Despite the occupier cost increase for prime office space, Atlanta still doesn't crack the 50 most expensive office markets in the world: Hong Kong at $322 per SF and London's West End at $222 per SF, according to CBRE. Even Downtown Houston — which is experiencing a sluggish office market — is markedly more expensive at $64 per SF. 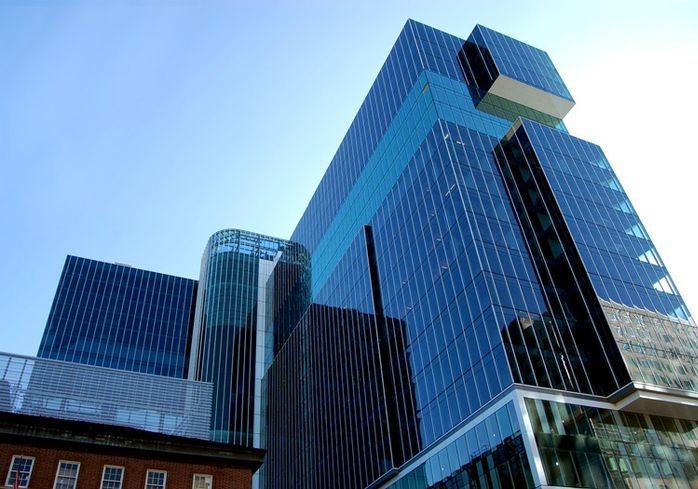 “We are a ridiculously inexpensive city to do business [in],” Pierce said.

But for longtime Atlanta corporate residents hitting the office market today in search of space — particularly as office space has become the lure of choice in the war for talent — there is a fair amount of sticker shock.

“We're getting all sorts of responses,” Lewis said. "Most of them really don't like it."

Lewis said he had one client who was paying $28/SF for its office space when it signed its lease a decade ago. After scouring the market for alternatives, company officials decided to renew where they were. They are now paying $44/SF for the same space, which was still a cheaper alternative for them.

This has led companies to balance the cost increases by lumping more employees into less space than they may have in decades past. Worker trends indicate that amenities, natural light and communal spaces are more appealing that a little extra room.