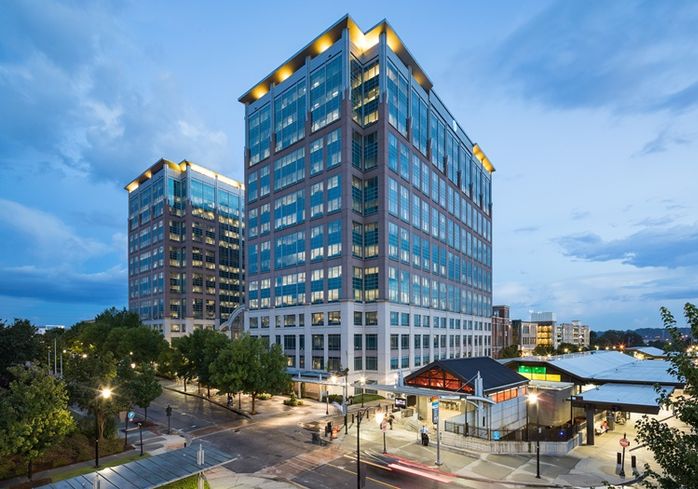 Office owners in Atlanta say tenants with leases expiring by the end of the year are fueling pent-up demand.

“Unless you do a short-term renewal, or a renewal, you're forced to make a decision in a more accelerated time frame,” Ahrenkiel said. "There will be true pent-up demand once we get more clarity on this health crisis."

Developers are underway with 4.1M SF of new office in Metro Atlanta. Recent deliveries have, thus far, performed well. Sixty-nine percent of the 1.23M SF delivered in the first quarter of 2020 — including 10000 Avalon and Twelve24 in Central Perimeter — was leased before completion, according to a recent JLL report.

But without the impending deadline of a lease ending, office tenants are slower to act now as executives wrestle with just how much space they will need in a post-pandemic world, Smith said. The trend of cramming more employees into less office is reversing as companies practice social distancing. But there is a tug of war occurring between that dynamic and the possibility of corporate layoffs as well as maintaining a portion of the staff working from home.

“I think it's important to note that CEOs are more comfortable with remote working now than they were pre-pandemic,” Ahrenkiel said.

Rubenstein Partners Southeast Regional Director Taylor Smith said he was more optimistic that the net effect will be that companies ultimately require more office space, which could help keep a lid on the sublease market, which is on the rise in Metro Atlanta.

“You're going to see a huge increase in demand for office space,” Smith said on the webinar. "It just depends how many of those office jobs stay in the system." 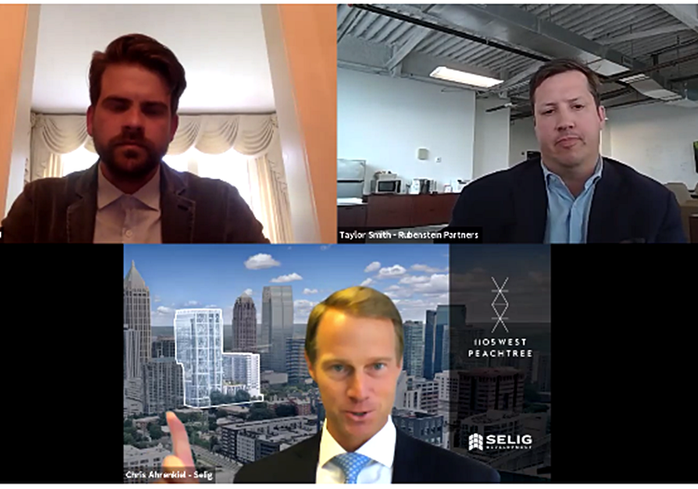 There also is a similar tug of war occurring when it comes to construction pricing. On one hand, a slowdown in development activity in major cities like New York or San Francisco is putting downward pressure on the costs of some construction materials.

But a robust development pipeline in Atlanta, along with hiccups in the supply of certain materials, could keep some prices elevated, Ahrenkiel said.

“We haven't seen a lot of repricing yet,” Smith said, citing work on Rubenstein's redevelopment of Lindbergh City Center, an office-centric mixed-use complex in Buckhead that is being rebranded as Uptown.

Rubenstein and Monarch Alternative Capital purchased the 1M SF property — built above the Lindbergh MARTA station — for $187M in September. The twin 14-story office towers are leased to AT&T through the end of the year. Rubenstein plans to invest $70M to renovate the property, Smith said.

“We priced a majority of that before COVID. The weakest chain in the supply link is where we're going to see some holdups,” he said.