After three years of buying office properties in Atlanta's suburbs and secondary markets, a North Carolina firm is making a $75M splash in Midtown. 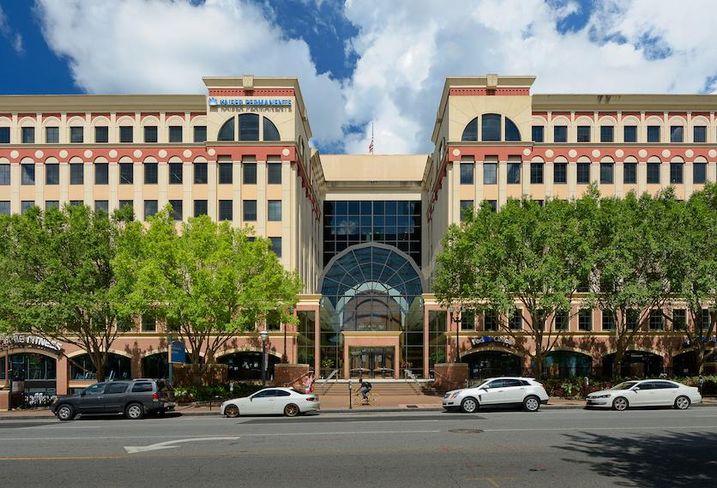 Courtesy of Dilweg Cos.
Pershing Point in Midtown Atlanta, home to Kaiser Permanente's IT operations

The Dilweg Cos. acquired Pershing Point, a 409K SF office building on Peachtree Road in Midtown, from the California State Teachers Retirement System. Dilweg, based in Durham, North Carolina, plans to spend more than $10M to upgrade the building and fill the 41% vacancy. The Atlanta Business Chronicle reported the sale price of $75M, which a source confirmed to Bisnow.

CalSTRS paid $58M to acquire the seven-story property — home to Kaiser Permanante's IT division — in 2002, two years after its last renovation. Since CalSTRS bought the property, Midtown has turned into one of Atlanta's buzziest areas for office and multifamily development.

"If you look at the momentum and the stats on Midtown in the last 24 months, it really is, without question, the hottest area of Atlanta right now," Dilweg Managing Director Jerry Banks said. "It is the ground zero for companies looking to come into Atlanta and grow and expand their business."

Dilweg will focus much of its renovation efforts on upgrading the building's lobby and building a rooftop deck. The process should take between nine and 12 months, Banks said, and Kaiser and its co-tenants, Huge, Echo Global and CMGRP, will remain in place during and after construction.

Dilweg opened its Atlanta office three years ago, and has since acquired properties in Alpharetta, Central Perimeter and Decatur as well as 101 Marietta St. in Downtown Atlanta.

Banks said the $75M buy and $10M-plus renovation represents its most ambitious acquisition in the city to date in a market where value-add, transit-accessible office properties on the market are few and far between.

"Knowing there wasn't a big pipeline of potential projects, the more we looked at it, with a really heavy lift, we said this building and this project could really be something special," Banks said. "This is a big deal for our company, this is a major move for us, and we’re ready to make that big move."