Midtown's hot office market is getting another coworking operator. 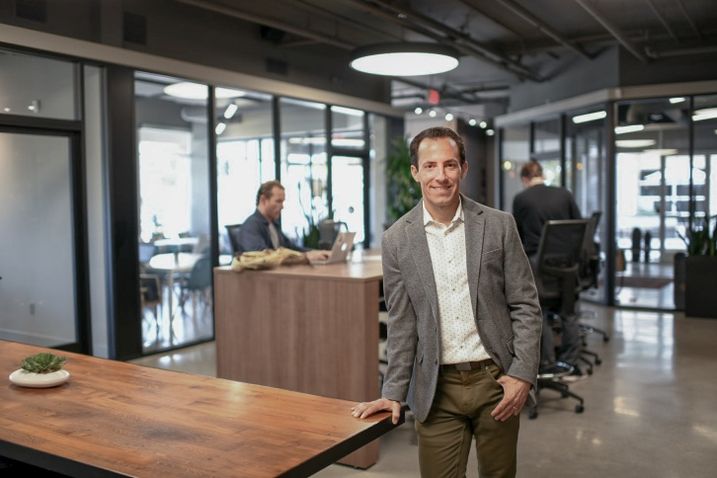 CommonGrounds Workplace has inked a deal for 49,500 SF at 999 Peachtree St. — a full two floors in the 28-story tower — for 13 years. The deal represents CommonGrounds' entry into the Metro Atlanta coworking market, which already has a presence of both big players like Industrious and WeWork as well as a host of smaller operators and locally owned venues, such as Gene Kansas' Constellations.

In January, California-based CommonGrounds raised $100M in Series A funding for rapid expansion, and CEO Jacob Bates said 999 Peachtree St. will not be its only Atlanta location.

“We're definitely looking in Downtown and Buckhead, and we'll probably place locations there over the next 24 months,” Jacob said. “We do look at Atlanta as a multi-location city.”

The firm already has locations in Denver, Los Angeles, San Diego, Salt Lake City and San Jose. Offices in Portland and Minneapolis are opening next month. Within two years, the company expects to operate 50 locations.

Like other coworking operators, CommonGrounds offers licensing agreements to individuals or companies for anything from the right to access its space to specific portions of the premises. It also operates a coffee shop with a common area that is open to employees of other tenants in the building, even if they don't have memberships to the facility, Jacob said.

One difference it markets over its competitors is a system of custom walls that are able to be quickly rearranged to create private office spaces within the larger floor plate for larger users. Companies also can separately brand themselves and their spaces within a CommonGrounds office.

“We are much more about looking forward into how companies are really trying to attract and retain talent, it's really about their brand and their culture and not so much our CommonGrounds culture,” Jacob said.

The coworking sector has been growing rampantly. From 2017 to 2018, coworking space grew almost 62% in the top 20 office markets in the U.S., from 27M SF to 44M SF. In Atlanta, nearly 2M SF is being used by coworking operators, according to Colliers International Atlanta research.

While that number is a mere fraction of Atlanta's total office landscape, coworking is having, perhaps, a more outsized influence on how even traditional office landlords and companies are operating their work spaces.

Landlords like Tishman Speyer and Brandywine Realty Trust have launched coworking services for their tenants, and CBRE has launched its own brand to infiltrate a space that is increasingly cutting out brokers. Rather than operating on a traditional lease, more landlords are forming direct partnerships with companies like WeWork and Industrious to share in the profits and the risks and avoid broker fees.

Even retailers are getting into the act. This week, Boca Raton-based Office Depot Inc. announced it was opening two new Workonomy Hub coworking spaces within its retail stores in Lake Zurich, Illinois, and Irving, Texas, on top of its debut in Los Gatos, California. And Staples ended a relationship with coworking operator Workbar earlier this year to operate its own coworking centers aimed at small-business customers in a handful of its stores.