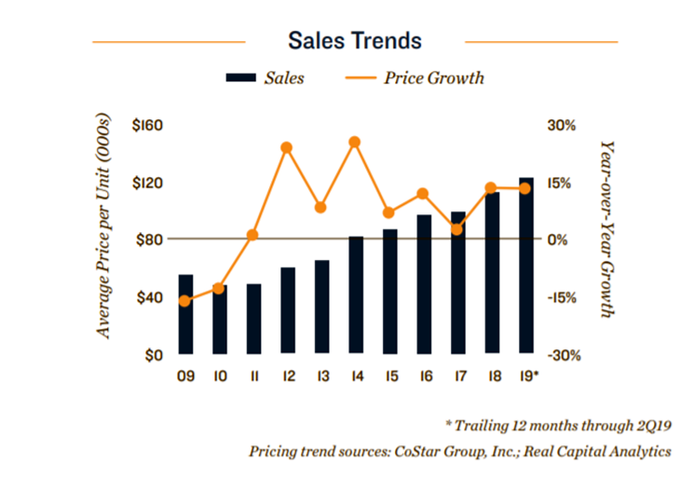 Apartment investors are continuing to snap up apartment properties in Metro Atlanta, inside and outside the city limits. The activity is pumping up the price tags for apartments throughout the metro area.

Average sales price per apartment unit has risen to nearly $122K through the first half of 2019, a 16% increase since June of last year, according to a recent Marcus & Millichap report. Even with average capitalization rates dipping into the high-5% range — the lower the percentage, the lower the expected rate of return — investors are still scouting the market for value-add opportunities, Marcus & Millichap officials said.

Most recently, the Walden Group purchased a 1960s-era garden apartment complex in Tucker called Bradford Park. Walden purchased the 140-unit project for $12.6M, or $90K/unit, according to Berkadia, which brokered the sale for the seller, Lin Family Investments.

“This acquisition is a prime example of our strategy to buy properties in superior locations at a discount to replacement cost,” Atlantic/Pacific Senior Managing Director Brett Duke said in a release. 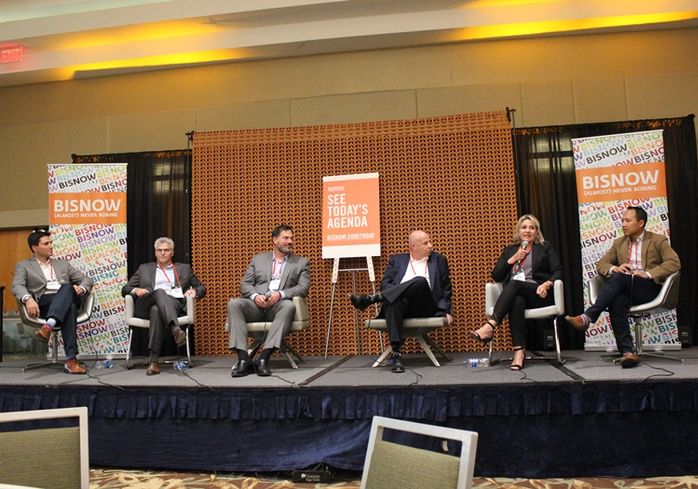 As prices for multifamily steepen in the gateway markets like New York, Los Angeles and Washington, D.C., Atlanta has increasingly become a popular destination for investors searching for better yield, including foreign sources of capital, panelists at Bisnow's recent multifamily annual conference in Atlanta said. Atlanta also is benefiting from a population flight away from cities where the cost of living is much higher, Cortland Senior Managing Partner Bruce Cohen said during the event.

“People are moving here,” Cohen said. "There's no question people are moving from the urban markets [with] high tax, high crime, crappy weather, and they're moving to the Southeast and Southwest."

Investors also no longer have to worry about interest rates rising — after a few years of steady, small increases, the Federal Reserve recently cut rates and expressed an openness to cutting them further if the global economy worsens.

“There's no signs of inflation. There's really nothing out there that's putting upward pressure on rates,” Hunt Real Estate Capital Director James Kelly said. “If anything in the next couple of years, rates could decline.”