Bruce Teilhaber remembers a time when South Downtown was the commercial hub of Atlanta. 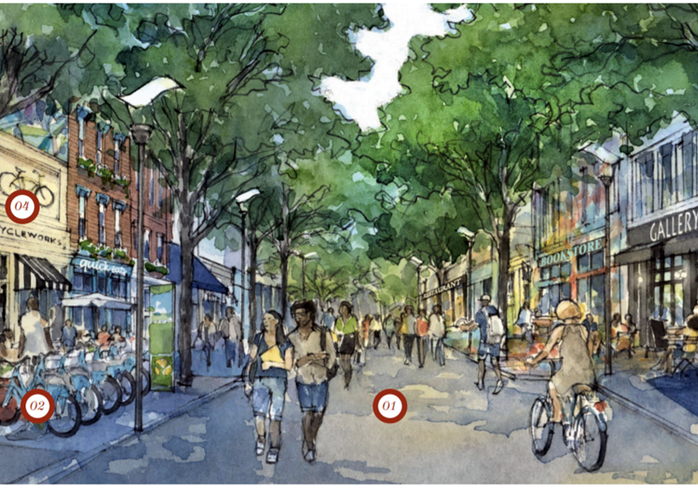 “Years ago, you couldn't even walk on the street at lunchtime it was so busy,” said Teilhaber, who owns the legendary Friedman's Shoes off Mitchell Street in Downtown Atlanta. “Today, man, it's like a ghost town.”

Friedman's, which sells shoe sizes beyond the norms and has served customers like Shaquille O'Neal, Mike Tyson, Michael Jordan and Charles Barkley, has been a fixture in the Downtown Atlanta retail landscape for 62 years, for better and worse.

“We got a niche, and we got our customers,” Teilhaber said. "Thank God we're still here, so we're not crying."

But if 2018 has demonstrated anything to Teilhaber, it is that this year may finally be a turning point for the once-neglected area of Atlanta as a pool of developers eye major redevelopment projects.

Now one of those developers — German investor Newport — is revealing more imagery for how it plans to re-create some 47 Downtown buildings along Peachtree, Mitchell and Broad streets as well as Martin Luther King Jr. Drive. Among those buildings is the former Scoville Hotel, a defunct historic hotel Teilhaber sold to Newport.

Newport has tapped JLL to market properties for retail and office uses as part of its redevelopment effort, including using Coleman Morris to lease the retail. Morris also was recently named to lead a new leasing effort at the Shops of Buckhead Atlanta.

Newport has been positioning itself as a dominant landlord in South Downtown for a few months, but it is not the only player. CIM Group just secured a major incentive package to redevelop the Gulch into a thriving mini-metropolis, among other redevelopment plays in the area. 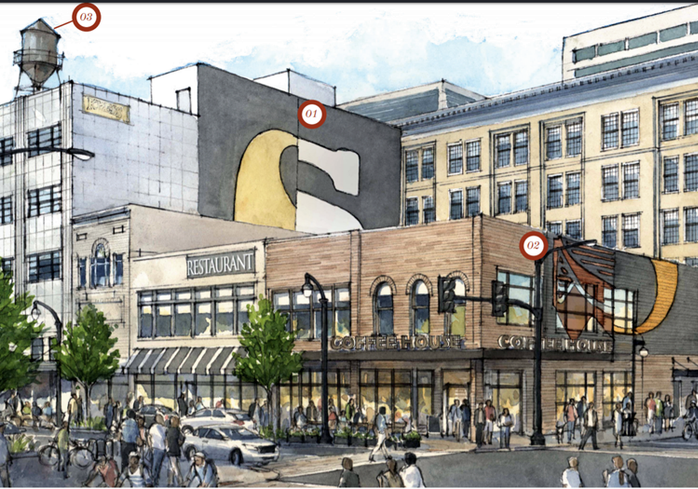 As to why now, Kelley said the area makes sense from an affordability standpoint: Newport plans rents for all its product types to be across a spectrum, many of which will be at a discount compared to what tenants pay in Midtown or Buckhead.

JLL Vice President Brooke Dewey, who will market the office space, said Georgia State University's growth from a largely commuter school to one with a thriving and expanding Downtown campus — thanks in large part to its acquisition and redevelopment of Turner Field — is a big energy driver for the area. That is prompting a younger demographic to live and work in the submarket, which is making corporate America take notice.

“It would surprise you … but we had a number of prospects come through which are larger in size and have been tenants in your more traditional Class-A buildings in the market,” Dewey said.