North American Properties built the hugely successful Avalon mixed-use development in Alpharetta, but the company is retreating from its plans to build another huge suburban Atlanta property.

North American is pulling out of Revel, a massive mixed-use development on the campus of the Infinite Energy Arena in Duluth, a city 28 miles to the north of Downtown Atlanta. The Gwinnett County Convention and Visitors Bureau, which owns the land the project is on and partnered with North American, announced it as a "mutual decision" on Tuesday.

North American Properties also said in a release Tuesday longtime managing director Mark Toro — who brought Cincinnati-based NAP to prominence in Metro Atlanta with Avalon, the repositioning of Atlantic Station and now the redevelopment of Colony Square — is vacating the daily operations of the firm.

“Mark Toro is ready to hand over the day-to-day reins, transitioning to a board and investor role. At NAPA [North American Properties Atlanta], Mark will focus on strategy and investment opportunities, as well as supporting Tim and Richard,” North American said in a statement.

The decision to back away from Revel comes barely a month after North American Properties ended its partnership with GID on the planned $2B, 42-acre High Street development in Dunwoody. Moving forward, the company plans to focus on acquiring mixed-use properties and building apartments, while eschewing ground-up mixed-use projects like Avalon and Revel.

Chief Operating Officer Vicki Boyce and Senior Vice President Adam Schwegman, both partners, will stay on at the current positions, a company spokesperson said, declining to comment on the status of partners Liz Gillespie, the vice president of marketing, and John Kelley, the senior vice president of development. 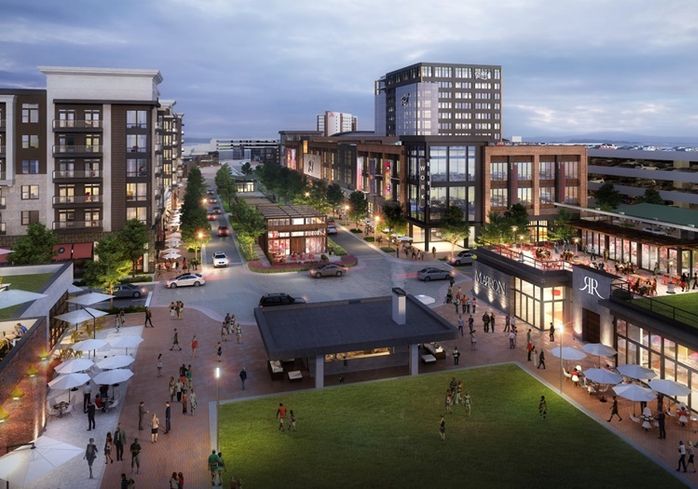 “Prosperous cities throughout the U.S., both big and small, have underperforming properties that are ripe for repositioning. Rather than build new with longer lead times and greater risk, we are optimizing existing properties to their highest and best use,” Perry said in the release. “We believe that fixing high-potential-but-challenged mixed-use developments is the best way we can give communities the great places they deserve.”

North American said it is scouting opportunities throughout the Mid-Atlantic and Sun Belt markets. The company, which also has offices in Dallas, Fort Myers, Florida, and New Jersey, also plans to continue to develop new apartment communities in its portfolio. It is currently underway with the Edge on the BeltLine and The Hill in Sandy Springs.

North American's decision to leave Revel has the Gwinnett County Convention and Visitors Bureau “pausing” further redevelopment until it selects a new development partner. The $900M Revel project was planned to encompass 300K SF of retail, 865K SF of office and 900 apartment units. GCVB officials said in a release the decision to part ways with North American was mutual.

The pieces of the development already underway — the second parking deck, the expansion of the Infinite Energy Forum and construction of the new Westin Atlanta Gwinnett Hotel, being developed by Concord Hospitality — are moving forward as planned, officials said.

“The response in the marketplace to what is happening on this campus has been extremely positive and we look forward to bringing on another development partner in the coming months to carry it through to completion. North American Properties helped us cast the vision for what this campus could become, and we are grateful for that, but we both agree that a new partner will be needed to carry it through to completion.”