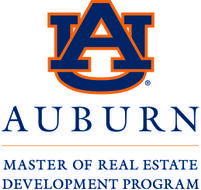 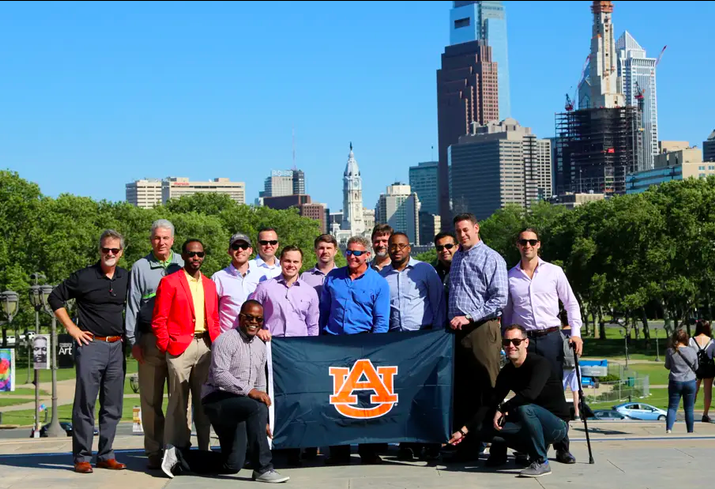 Courtesy of Auburn MRED
Auburn MRED students in Philadelphia in 2017

As a chemistry major in college, Mark Lassere never thought he would end up in commercial real estate. But once he fell into the industry, he wanted to learn everything there was to know.

“I had this immediate curiosity for all facets of the real estate market,” said Lassere, who now serves as a valuations expert at SunTrust Bank. “I wanted to see all the different opportunities that were available to me — property management, development, brokerage, finance.”

After racking up decades of experience in brokerage and property appraisal in cities like Chicago, Seattle and Washington, D.C., Lassere found he wanted to expand his horizons. So while he worked as national director of valuation services as Concordis Advisors, he chose to enroll in the Master of Real Estate Development program at Auburn University.

Auburn’s MRED program rounded out Lassere’s immersion in the world of CRE, giving him hands-on experience with the real-world challenges of development, ownership, architecture and design, as well as a deeper appreciation for the role of developers in creating tighter, more resilient communities through real estate.

The program helped Lassere forge connections with CRE professionals with a wide array of skill sets, from urban planners and architects to financial analysts and lenders. Lassere’s network now includes not just members of his own class from the program, but a deep pool of Auburn alumni and a nationwide set of contacts from his class’ field excursions.

“Class after class of alumni comes back for meetings that we host twice a year,” Lassere said. “It’s a network that never stops expanding.” Lassere mentioned Ryan Doyle, a member of the class directly ahead of his at Auburn, whom he now considers a close friend. Doyle manages ONEC1TY, a mixed-use development from Cambridge Holdings in Nashville’s West Side. Lassere also brought up his connection to Beau Bevis, the president and CEO of ARC Realty, one of the largest brokerages in Alabama. These relationships have been influential in helping Lassere keep tabs on emerging markets and see what other professionals are thinking about.

“At these alumni events, we talk about what’s working and what’s not, and we trade further contacts,” Lassere said. “We’ll talk about the markets that are hot, like Nashville, Raleigh, Charlotte and Charleston, and which ones have potential for the future, like Savannah, Birmingham, Montgomery, Macon, even Columbus.”

Rather than limiting himself to one CRE discipline, Lassere is a self-described hybrid; he has experience at some of the nation’s largest brokerages, but has a deep knowledge of valuation, negotiation and development.

Lassere said the MRED program gave him the tools and the contacts he needed to begin to build a tight development team that could begin to make a difference in some of the markets beyond his home city of Atlanta.

A particularly influential part of the program for Lassere was his class’ field excursion to Philadelphia, during which his class met with Tim McDonald, president and CEO of Onion Flats, a design and development consultancy. The group toured the Belfield Townhomes, an affordable housing project that follows the sustainable “passive house” model. Lassere said developments with an affordable component on that scale are exactly what he hopes to bring to markets in cities across the Southeast.

Auburn’s MRED program gave Lassere a deeper appreciation for the worth of his work, and a sense for the overall goal of development.

“There’s an emphasis throughout on community development,” Lassere said. “It’s made clear at Auburn that it isn’t just about completing the real estate project, but building the community up with it.”

This feature was produced by Bisnow Branded Content in collaboration with Auburn Master of Real Estate Development. Bisnow news staff was not involved in the production of this content.

Auburn Master of Real Estate Development
We’re training a new generation of executives to make places that matter. Auburn’s Harbert College of Business and its College of Architecture, Design and Construction have combined to create a program that equips you with the skills necessary to master the key aspects of real estate development. You’ll learn about sustainable development and natural resource efficiency while building a solid foundation of business knowledge. Our blended format of campus residencies, distance learning and field studies means you do not have to quit your job. And with our emphasis on tangible skills, what you learn today, you’ll put in practice tomorrow. The Auburn MRED will broaden your knowledge, expand your opportunities, and advance your career.
Confirmed! You are subscribed to the Bisnow Atlanta E-Newsletter.
Bisnow Atlanta Newsletter
Bisnow Atlanta Newsletter