An apartment developer is suing the city of Sandy Springs, claiming it was charged $400K too much for permits to build apartments next to an office campus. 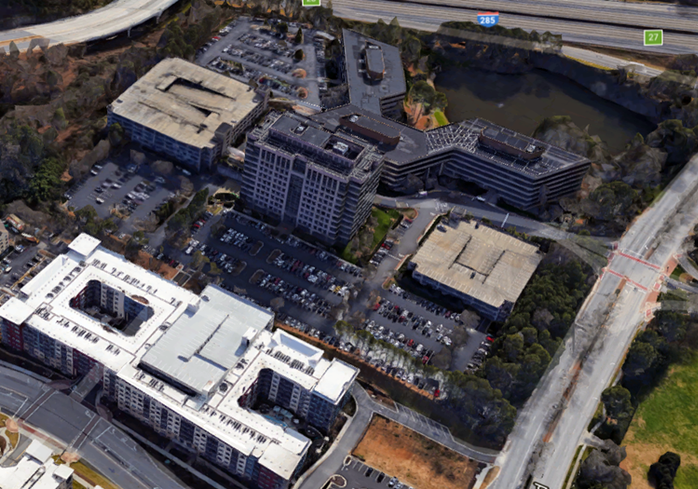 Developer Pollack Shores is suing the City of Sandy Springs in Fulton County Superior Court for what it claims are “illegal” and “unconstitutional” permit fees for its planned apartments at The Palisades redevelopment. Those commercial permit fees are adding an additional $426,500 to the cost of Pollack Shores' project, according to the lawsuit filed in June.

At issue for Pollack Shores is whether the city's method of determining if projects are residential or commercial is vague.

If it wins, it could lead Sandy Springs to revamp its permit fee publication to be more clear for developers, real estate attorney Julie Sellers, a partner at Pursley Friese Torgrimson, said.

“With no standards or criteria to govern the process for computing the building permit fees for the Permits, [Sandy Springs Community Development Director Michelle] Alexander and City officials have unfettered direction to compute building permit fees without sufficient legislative restraint and guidance,” Pollack Shores officials state in the suit.

Sandy Springs denied Pollack Shores' allegations in court documents and contends that International Building Codes the city uses determine that any structure beyond one- and two-family dwellings would be considered commercial and charged the higher permit rate under the city's rules.

The city stated commercial project inspectors "have greater training requirements and different qualifications than residential inspectors.” Over the past five years, every apartment project approved in Sandy Springs has held a commercial designation, city officials claim.

Pollack Shores' lawsuit — which asks a judge to rule without a jury — stems from a May 11 Sandy Springs Board of Appeals hearing in which the board unanimously upheld the city's stand on the fees.

Sandy Springs officials declined to comment, and Pollack Shores officials did not respond to media requests.

“I think it's really going to hinge on the publication of the building permit fee chart and the record before the court,” Sellers said. Sellers has no involvement in the case, but reviewed the filings for Bisnow.

She said the building permit document Pollack Shores received from the city in May states that the permit fees are based on a building's use, and Pollack Shores was already using a per-square-foot cost estimate from the International Building Code that shows it was seeking a residential, multifamily project.

The fee chart does not refer to the type of construction, but instead the type of use, Sellers said. In the end, Sandy Springs should have been clearer in what constituted use in the fee permit document.

"I think Pollack Shores raises a valid dispute," she said. "The use of these three buildings is residential, not commercial use."

The court proceedings are early on, and the time frame this could take to reach a verdict is up in the air, Sellers said.