"The Mayor" of JLL's Atlanta office died last week after a long battle with cancer. 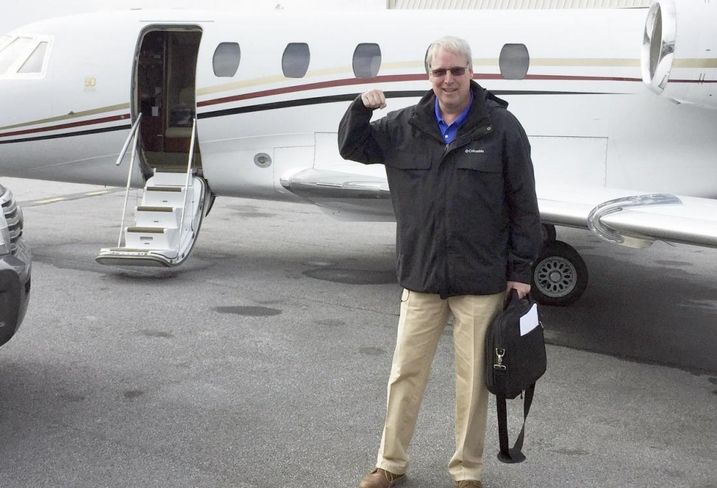 Jeff Frantz, 55, died Oct. 3 following a nine-year battle with late-stage colon cancer; he was told he had up to 18 months to live after his initial diagnosis. Despite the illness, friends and colleagues say Frantz remained upbeat until the end.

“What everyone is going to miss about Jeff [is that] Jeff was the hype guy. He was the guy who got everyone going. Everyone he met was his best friend instantly. He was that guy. He has that natural magnetism. We used to call him The Mayor around the office,” JLL Managing Director Adam Viente said. “I think the only reason his six- to 18-month diagnosis turned into nine years was because he was never discouraged.”

JLL Managing Director Jeff Bellamy and International Director Rob Metcalf visited with Frantz at his home Sunday, knowing it would likely be the last time they saw him and preparing for him to be too sick to speak or engage. To their surprise, he was ready to chat, Bellamy said.

“He's saying, 'Hey Rob, how's your family? I want to thank you for supporting me for the last nine years. Thank you for creating such a cool culture at JLL and your leadership,'” Bellamy said. “That just shows you the kind of person Jeff is, being on his deathbed and asking you how you are doing, how's your family.”

Frantz spent 14 years as a commercial real estate broker, having secured more than 4.5M SF in leases for office landlords throughout the city. He led the leasing of Regent Partners' 3344 Peachtree tower and brought it to more than 70% occupancy by the time it opened in 2008.

Prior to joining the commercial real estate world, Frantz spend more than a decade as a marketing executive with The Dow Chemical Co. 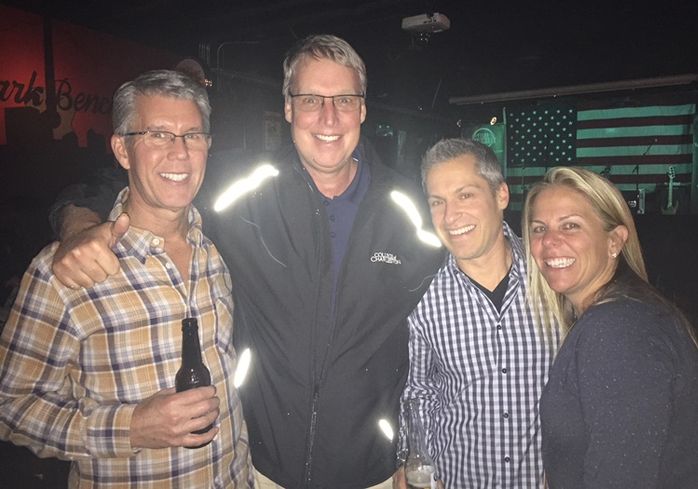 Bellamy traveled with Frantz to New York for the treatments and surgeries so Frantz's wife could stay home with their two children to keep a sense of normalcy. Even on those trips, after chemotherapy or another surgical procedure, Frantz was always upbeat, Bellamy said.

“He would have treatment on a Monday and be back in the office on a Tuesday. To say he was resilient is almost an understatement,” JLL Vice President Brooke Dewey said. “I just can't imagine having that diagnosis and then being as positive as he was every day. He was all about everyone else as opposed to him.”

Piedmont Office Realty Trust CEO Don Miller said most people didn't know Frantz was battling cancer simply because he rarely ever spoke about himself. And when he did, it was simply to say how blessed and happy he was.

“Yeah, he'd tell you about him[self], but it took some prodding to get him to tell you [he was sick],” Miller said.

“He was always very interested in what you were doing that weekend or where you were going on vacation or the outcome of your favorite sports team that weekend," Dewey said. "And when you asked about him, he would say, 'I'm great, I'm blessed, I have a great family, a great job, God is good.' And then he'd immediately turn the conversation back to you. I cannot imagine there's any other person on the planet that is like that.” 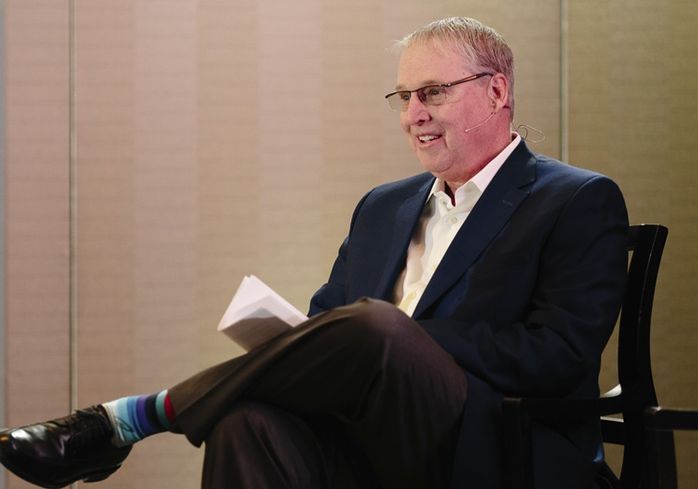 Wm Leonard & Co. founder Bill Leonard, friends with Frantz for more than 15 years, said Frantz's Christian faith was a key motivator for keeping him upbeat throughout the cancer battle. So much so, Leonard tapped Frantz seven years ago to keynote his annual Atlanta Real Estate Prayer Breakfast to testify how his faith was in charge of his attitude.

“My prayer for him was that he'd live long enough to see his boys grow up. And God answered that prayer,” Leonard said. “They were so important to him. I'm glad he's where he is because all the pain is gone, and he left an incredible legacy here.”

Frantz is survived by his wife, Melissa, and his sons Scotty and Cole.

“We're definitely losing one of the great guys in the business,” Miller said.