Need a Walking Dead fix in anticipation of the season premiere this Sunday night on AMC? Bisnow delivers. Dallas-Fort Worth reporter Tonie Auer took to the road and created a DIY driving tour courtesy of fan sites like Thrillist (among others) to find some of the iconic film sites around Atlanta. We didn't hit them all, but here are some highlights. First off, the iconic Atlanta skyline featured in Season 1, Episode 1. Alas, we didn't see Sheriff Rick Grimes on horseback leaving the city. But, that's good, because it means we didn't see any walkers, either. (This view is from the Jackson Street Bridge around 170 Jackson St NE in Atlanta.) 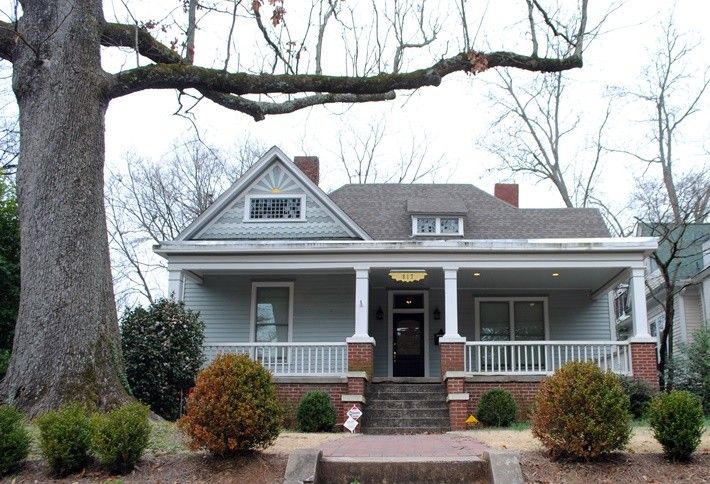 First stop: Rick and Lori’s house at 817 Cherokee Ave SE in Atlanta. This was in Season 1, Episode 1, “Days Gone By,” after Rick wakes up from his coma and realizes the world has gone to the dogs, er, zombies. That’s when he finds his way home. When the episodes featuring the house were filmed, it was empty and for sale. The home is not far from Grant Park and the Atlanta Zoo.

The Walking Dead's Version of the CDC 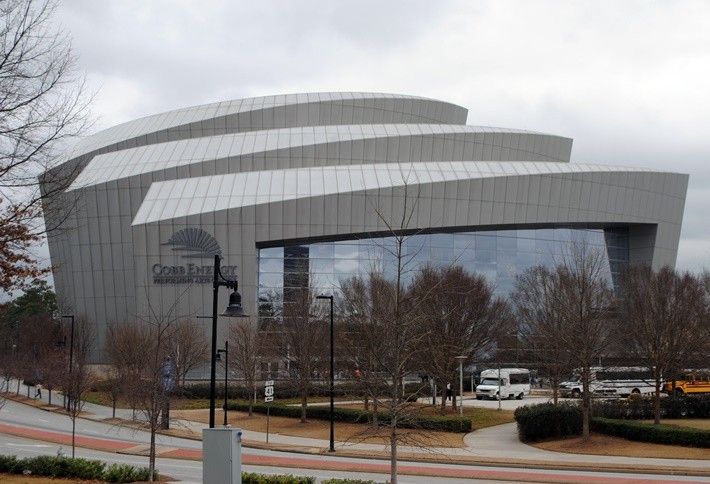 The Walking Dead made the CDC look futuristic and cool, but it was a long way off from the real thing. What TWD claimed was the CDC in Season 1 Episode 5 "Wildfire" is really the Cobb Energy Performing Arts Centre at 2800 Cobb Galleria Pkwy in Atlanta.

The Campsite Where the Ricktatorship Begins 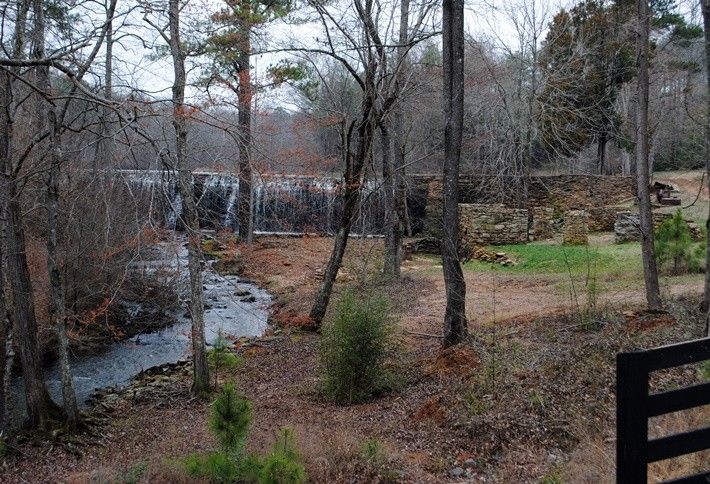 As a horde of zombies overruns the farm where the gang had taken refuge, they take to the road and land at a campsite after running out of gas. The Elder Mills Waterfall and  Campsite is in the vicinity of 1739 Elders Mill Rd just outside of Senoia and was featured in Season 2, Episode 13, “Beside the Dying Fire.” Featuring stone remnants of an old grist mill, the site can be seen from the road, but you have to cough up $10 to get on the spot. Just don’t rely on your GPS to get you there. If you’re looking for it, drive farther down the road than you think is prudent. That’s when you’ll find it.

A Brush with Baby Judith 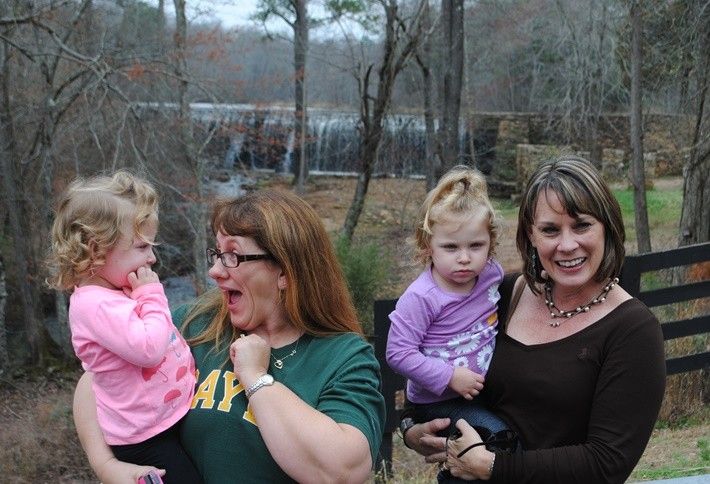 Our DFW reporter, Tonie Auer (left, with her friend, Tiffany Schwind), lucked into meeting the twins (Eleora & Elisea Difranco) who portrayed baby Judith in Season 4 in "The Grove" and "Inmates" episodes.

Woodbury aka the Real Life Senoia 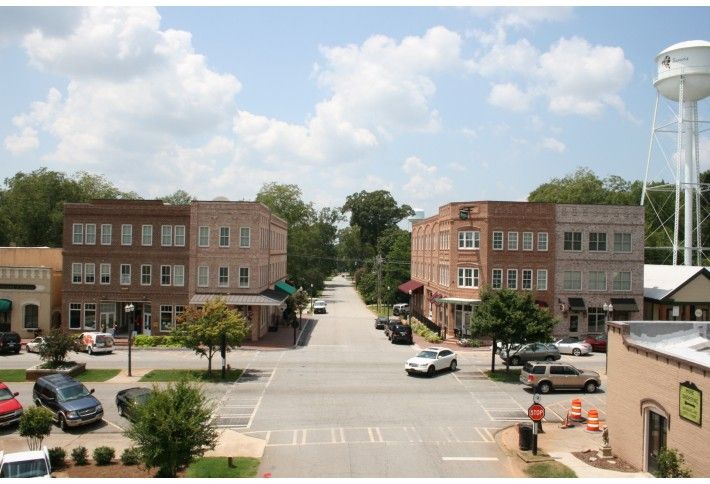 Senoia's quaint little town atmosphere has made it home to more than two dozen films, including "Fried Green Tomatoes" and "Driving Miss Daisy." The Walking Dead also calls it home to the towns of Woodbury and Alexandria. Pictured is the Main Street running through the Downtown area, which was featured throughout Season 3 as Woodbury. The Historic Senoia Project is a downtown redevelopment initiative within the historic district of the City of Senoia, originally undertaken by the principals of Raleigh Studios - Atlanta. Many of the vacant parcels of land in Senoia's historic district have been acquired for the purpose of constructing period infill development, designed to blend seamlessly with the town’s existing architecture set between the late 1800s and the early 1900s. The scope of the project includes retail/commercial, office/professional, and intown residential, master planned to offer modern amenities and technology within the context of a historic sense of place. Historical Concepts architectural and planning firm based in Peachtree City has been responsible for design elements and master planning to date.

For Sale: Your Little Piece of the TWD to Call Home 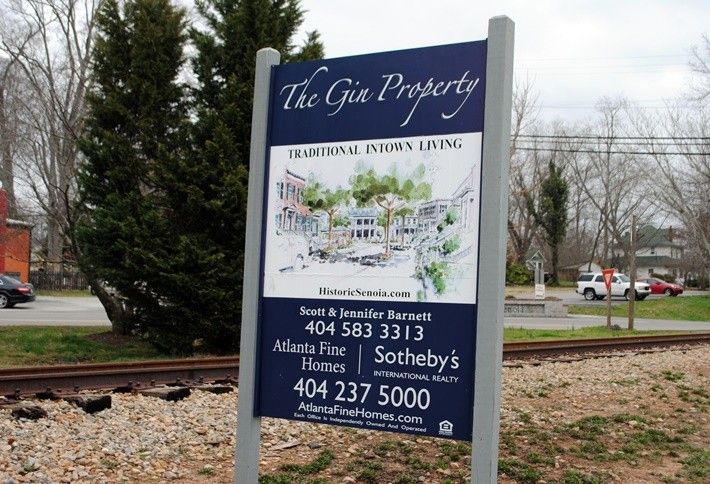 Nestled within the historic district of Senoia, the Gin Property is part of an 11-acre residential development within the city's historic district on the site of the former McKnight Cotton Gin Property. At the southern end of Main Street, the residential elements such as factory lofts, live-work urban townhomes, brownstones and single-family homes, all designed to blend seamlessly with Senoia's existing architecture, circa early 1900s. This area is home to TWD’s set for the Alexandria Safe Zone, which was first seen in Season 5, Episode 11, “The Distance.” This neighborhood (which is still under construction) has been a live back lot used by Raleigh Studios - Atlanta for TWD. 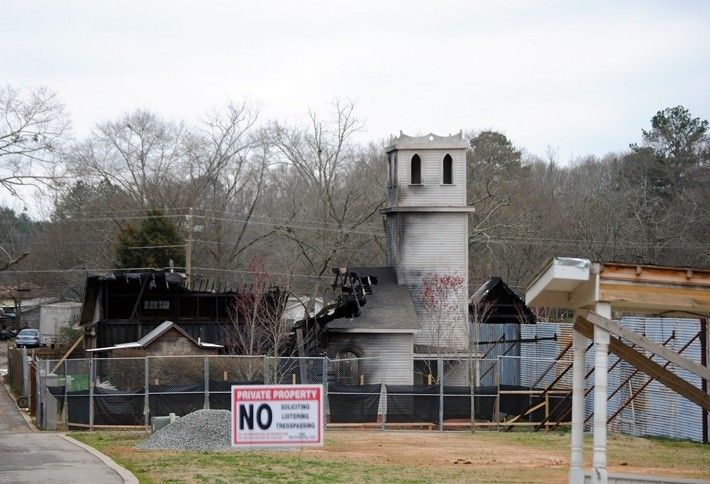 Security guards are posted around the film site for Alexandria preventing a closer look at the neighborhood turned TV back lot. Residents actually live in some of these houses. When filming is occurring, the area around the fenced perimeter is filled with trailers for the actors and film crew. 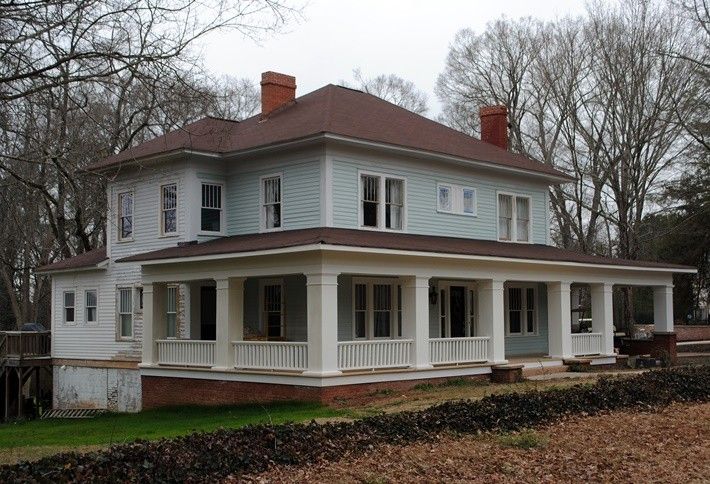 The Senoia locals call it the "pudding house" and it's just a short walk from Downtown. We got directions from the folks in The Woodbury Shoppe. This is the site of Carl's famous pudding scene, where he climbed out of a second-story window to eat pudding out of a 112-ounce can in Season 4, Episode 9, "After." 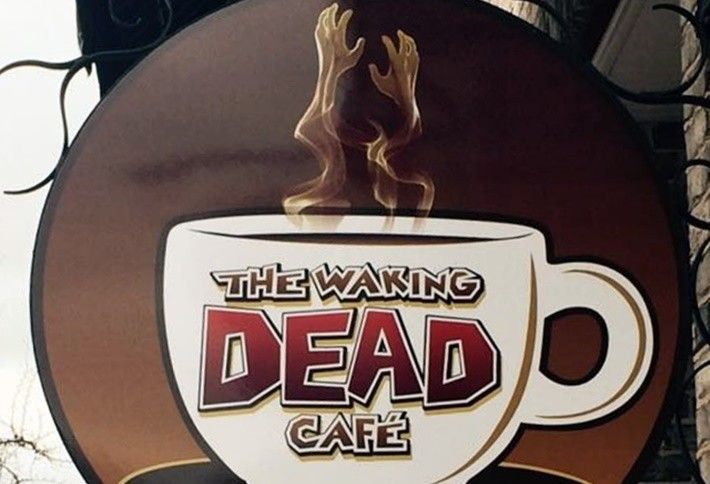 In the heart of "Woodbury" along Main Street in Senoia is The Waking Dead Cafe. Not only does it serve up some strong java, but it is home to a prison cell, the Governor's barber chair where he tortured Andrea and Daryl's motorcycle. Many of TWD's cast members have signed the walls, as well. 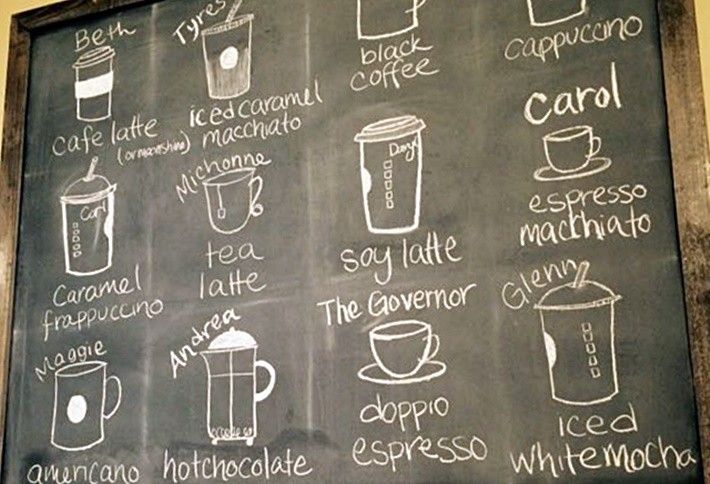 The Waking Dead Cafe features the favorite drinks of each of the cast members. Herschel's favorite: black coffee. We thought, however, that he might be more of a half-caf (or should it be half calf?) kind of guy. 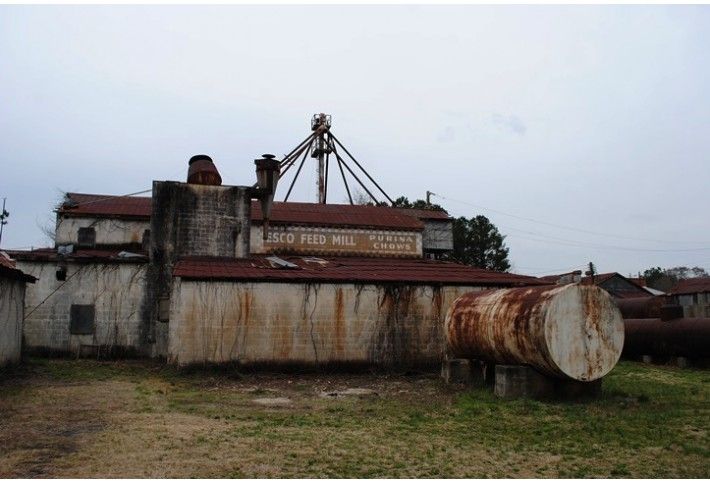 The iconic Esco feed mill, on Railroad Street in Harralson, saw its first notice in the opening credits of Season 3, Episode 13, "Arrow on the Doorpost." It's where Andrea arranges for The Governor and Rick to meet in a local barn. The site is operated by The Walkin Dead Harralson Tours with a guide to walk guests through the spot where Merle Dixon was shot by The Governor to the death scene where his brother, Daryl, kills him after he’s turned. Guests can enter the barn where Rick met with The Governor and where Martinez parried with Daryl around the silos. The chairs that Rick and The Governor sat upon while they negotiated before going to war are also on-site. The tour operators have props allowing tour guests to take a shot at portraying Merle and his M-16. 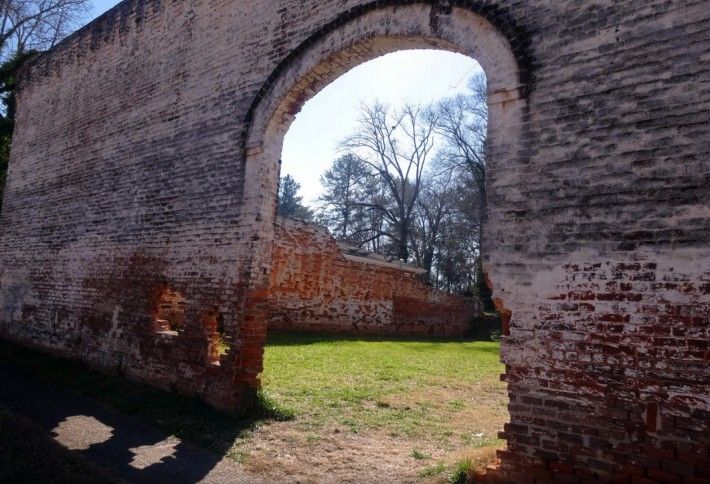 The City of Grantville is most famous for its use in Season 3, Episode 12, "Clear," featuring Morgan's return from Season 1. There's the iconic brick wall (pictured), a café, Morgan's apartment and the city streets, which were booby-trapped by Morgan. The city also became famous when most of the downtown area was put up for sale on Ebay. 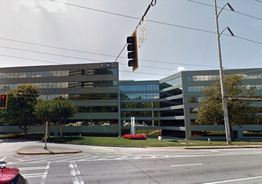 Four Trends Affecting The Office Of The Future