You can now scratch it off your Christmas list: Data center activity in Atlanta has finallyÂ picked up this year. (Besides, do you think Santa could have really dragged a colo facility down the chimney?) That was the big takeaway from second annualÂ Atlanta Data Center Outlook this morning in Buckhead. 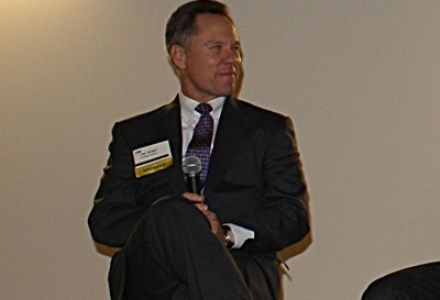 Many of our all-star panelists say the big prospects are back out in Atlanta's data center market, especially wholesale users. Typically, Atlanta was a town where the average user didn't need more than 500KW of power. "Recently, we've seen a fair number of requirements coming out that are in excess of that," reports T5's Tim Bright. (That's a lot of hair dryers.) 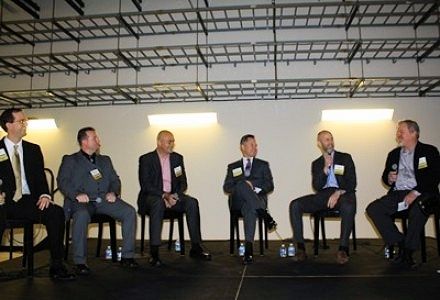 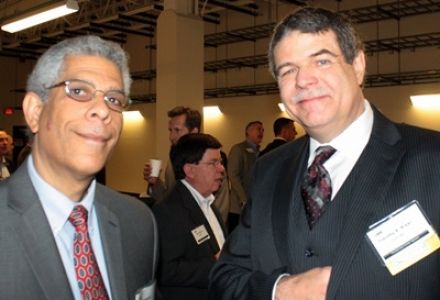 Timothy (on right with Nodecom's Joe Suppers) says managed service is becoming more popular, especially as companies switch to cloud services. He adds that for now, Downtown Atlanta will continue to be the focus of connectivity to the metro area, because Marietta Street is raised with plenty of space underground for all the fiber (even some tunnels, apparently). He reports that a company is wiring a submarine fiber network (which sounds like a Tom Clancy novel) into Jacksonville that will eventually connect into his property at 55 Marietta, adding even more international bandwidth to the metro area. 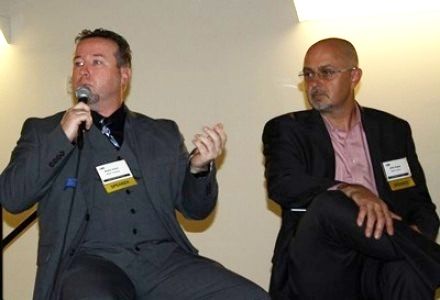 Equipment efficiency is making the price point of bandwidth come down for operators--even as power pricing remains constant. Jeff says the "price-point struggle" means that efficiency needs to be built into the design of the data centers. "We're no longer 'building it and they will come,'" he says. Instead, newer data centers are often designed for a certain user in mind. And as space runs out in cities and costs continue to escalate, John says that more companies will look to locate data centers in less expensive rural areas. 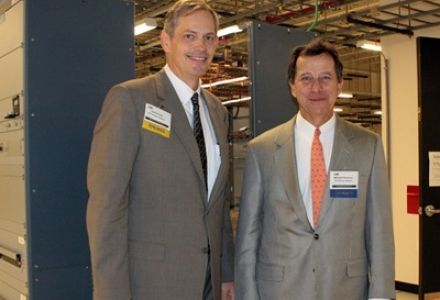 Our event today was held in an actual data center: the Data Center of Buckhead, a former Home Depot store-turned-data center and owned by the same people who can sell you a Mercedes Benz in Buckhead. We caught up with NAI/Brannen Goddard's David Cole and Mitchell Brannen while there; David's been tapped to lease the facility. "We're seeing more activity in the last three months," he says of the vacant 2MW facility. Stay tuned for more coverage next week.