AT&T to Data Centers: Get With the Times

"Stop thinking about what we did five, seven years ago. Frankly, that world is gone." The words from AT&T's head of innovation to data center operators came through crystal clear. (He must've had a good signal.) 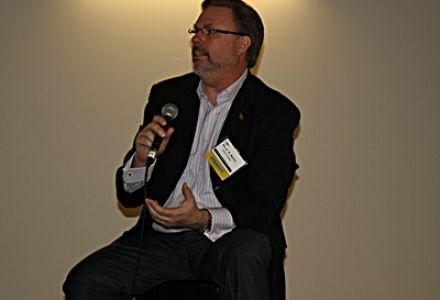 AT&T Foundry's Roger Mahler spoke at our second annual Atlanta Data Center Outlook last week at Data Center of Buckhead. Roger says companies like AT&T don't concern themselves as much with the exact location of a data center but in how all that data can be analyzed and put to use. "Do I care if it's in Atlanta or if it's in NY? No. I just want my data," he says. (We feel the same way about Cracker Barrels. It's just nice to find one wherever you are.) 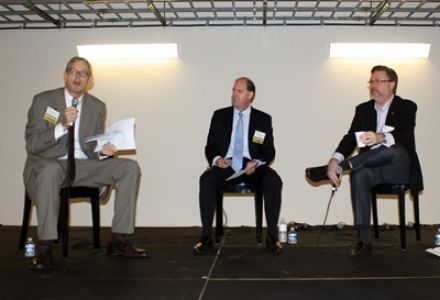 Roger (here with NAI/Brannen Goddard's David Cole and SunTrust Bank's Jeff Dennes) told attendees that Atlanta needs to take advantage of "disruptive technologies" and better promote the fact that, as a collective industry in Atlanta, the tech world does a great job in actually accomplishing projects. Most of the city's innovation comes from "I have a problem; how do I solve it?" mentality, he says. 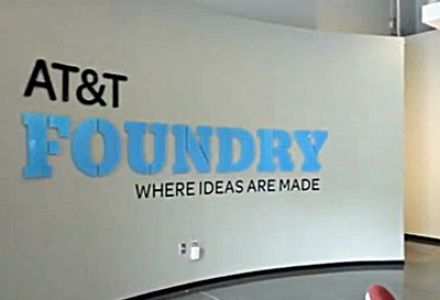 Roger leads AT&T's software and technology innovation division that recently landed at the Centergy Building in Midtown. He says the state needs to spend less time attempting to lure big tech companies and more time fostering startups and incubating small tech companies which have the potential to become huge. "Do I see an Apple or an Amazon or a Google coming to Atlanta? In very small pieces," he said when asked about rumors of Apple opening an office here. Companies have been downsizing internal R&D and acquiring smaller, nimble startups. Atlanta could play a role there. 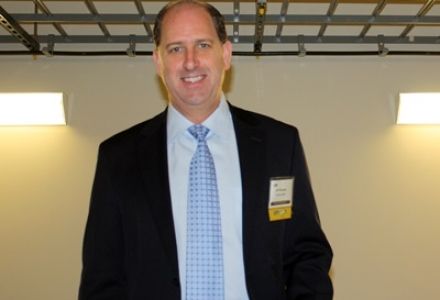 Jeff says the banking industry is just getting its head wrapped around the technology problem when it comes to gaining new customers. Up to 30% of US consumers don't have a bank account, he says, but they're still doing some form of financial transaction, like Paypal. And banks have lost out on that. Banks are constantly going to Palo Alto, looking for startups and knowledge, he says. Jeff also says banks are rich with consumer data, but fear leveraging it due to privacy outcries. (For our thoughts on this, just secretly read our e-mails. It'll save us both time.) However, he calls on banks to do so to "provide a better experience" for customers.