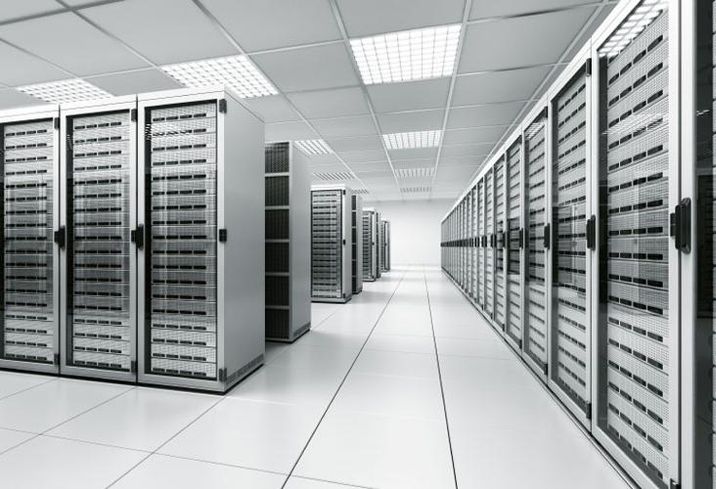 Data centers are one of the most opaque corners of commercial real estate, but they're also one of the fastest growing. To get a sense of where the market is headed, we went to Newmark Grubb Knight Frank managing director Bryan Loewen, who specializes in data center properties and has even helped both local and multinational organizations develop continuity plans and mission-critical strategies involving both data centers and co-location sites. Here are eight things that are currently sitting on Bryan's mind.

Bryan says sale-leaseback at the enterprise level has picked up, but warns that these enterprise corporations looking to do a sale-leaseback usually build out their spaces at a substantially higher price per MW than the cost of replacements. This, Bryan explains, forces tenants to either pay way above market rent or take some sort write-off work to take product. But, Bryan suspects that we’ll probably see a greater percentage of companies willing to take the potential loss on these assets in order to do some kind of sale lease-back with other entities.

When asked about the number of buyers, Bryan says that a huge hurdle for the data center sector is its complexity.

"The ability to purchase these data centers still requires unique levels of equity," Bryan explains. "It’s still a nontraditional product set and unless you fully understand the various nuances between these different data centers that are being marketed, they will limit the pool of potential buyers."

But the biggest thing to watch for in the market, he says, is the giant corporations--Verizon, AT&T and CenturyLink--that are planning to bring their assets to the US market. And with all of this product hitting the market place, cap rates will vary, but never break "the six barrier."

The Industry Is Healthy and Evolving

Driven by content and cloud service providers, the financial industry, healthcare and software verticals, data centers are experiencing more utilization than ever before. And with steady capacity expansions in most major markets, prices have been stable. As more and more companies begin to utilize managed and cloud service offerings and third-party wholesale and retail data center solutions, the young sector has also begun to evolve

Bryan says that operators are realizing that a purely wholesale or retail data space can no longer survive in the competitive market, and many traditionally wholesale operators have experimented in retail (Digital Realty's acquisition of Telex, for example) and vice versa. Part of this evolution comes from the realization that  operators high energy prices are becoming a huge detractor to wholesale data centers, as they just don't mesh with fundamentals.

Data Centers Are Being Productized

One of the most interesting developments Bryan is seeing in the increase in "productization" of the data center industry.

"If it's just space and power your offering," he says, "that is becoming more of a commoditized asset."

In order to differentiate themselves, operators are adding levels of services and other items "unique to customer requirements." Some of the larger operators, he adds, have even begun consolidating in order to provide the greatest array of services to meet the broadest spectrum of the client requirements.

"The productization of the industry is going to allow for greater choices from the consumer's perspective," Bryan says. "Operators are trying to react to what consumers are looking for, and many of these companies looking for third-party solutions want a single solution on a multi-regional or multinational basis."

The Markets Are Changing

In 2015, Bryan says, he saw record growth for Northern Virginia, Dallas, Chicago, Portland and, surprisingly, Silicon Valley. While Dallas and Chicago have seen massive increases in demand over the last few years (to the point where they're pretty much desperate for new supply), Silicon Valley is an interesting development.

"A year ago, we talked about Silicon Valley as being a vastly oversupplied market," Bryan say. "it is totally flipped to a market that is under-supplied with limited inventory coming on the next foreseeable future.

Northern NJ, on the other hand, was more anemic for wholesale operators, seeing less than 5 MW of total growth and a much slower absorption rate throughout 2015. Bryan says that high energy and construction costs and high taxes are a hindrance for data centers through all of the Northeastern US, and while demand for data centers in Northern NJ will never truly die--it's close to NYC, after all--the rising IT costs are forcing consumers to realize they should look elsewhere in order to get the lowest total cost of operation.

Supply and demand has actually evolved greatly on a more macro basis, Bryan says. As demand for turnkey data center space outstrips existing supply, for example savvy operators are deferring their capital deployment and having more of a "just-in-time" inventory. Despite these changes, Bryan is still predicting a relatively stable marketplace and prices in 2016.

"Wholesale pricing for concurrently maintainable data centers should continue to range $120/kW/month to $150/kW/month range," Bryan explains. "Consumers becoming more educated in the sector and landlords are being forced to provide competitive market rates in order to win business, so we're seeing stability in the sector from the pricing perspective."

When asked about retention trends and spreads, Bryan wasn't as enthusiastic.

"It’s still very hard to move data centers or co-location footprints," he says. "Most renewals have two to three percent annual escalations. There are definitely some noticeable exceptions, but the leverage is still typically with the landlord once a tenant commits to their space and data facility."

But a new trend is catching his eye: operators and tenants at odds. Operators who adamant in being solely wholesale data centers a decade ago are now competing head-to-head with tenants for space and offerings and these inharmonious relationships have made tenants look for ways to protect themselves and/or "compete on a differentiating basis with their landlord."

That being, Bryan adds, landlords cognizant of the new trend are trying to keep their customers around with a “good fences make good neighbors” relationship.

Many have been concerned about the fact that some larger companies have been considering taking their data center operations in-house. Although bigger companies like Google, Microsoft, Yahoo, IBM Software and Facebook have been the most vocal about this possibility, Bryan says, this is only a factor for companies whose core business revolves around data centers. Others would do the exact opposite.

"I think that many of the largest corporate users of data centers going to try to get out of their in-house data centers and into third-party sites over the next five to 10 years," Bryan notes.

For every other company, he says, it simply comes up cost. Only if you start getting less than 5 MW will it starts flipping to operator’s advantage to build at a much more reasonable cost per KW, Bryan says. With decreasing price per kW, more efficient designs and additional compression on the horizon, companies and operators have been deploying capital efficiently. But "a generator is going to cost what a generator is going to cost," Bryan says, and even the compression won't make these properties more affordable for most companies.

The New Kids on the Block

Bryan says that he hasn't seen any revolutionary, industry-changing technologies on the horizon, but something he does have his eye on is a company named Aligned Data Centers, which recently announced an elastic pricing model based on the actual amount of critical energy and space consumers use. With large sites in Dallas and Phoenix that under construction, Aligned gives tenants flexibility in the way they purchase wholesale visitor space.