WeWork Lost $1.25B In The Third Quarter As Its IPO Went Belly-Up

WeWork suffered a loss of $1.25B during the third quarter of 2019, the company told its creditors on Wednesday, representing a near doubling of losses from Q2. 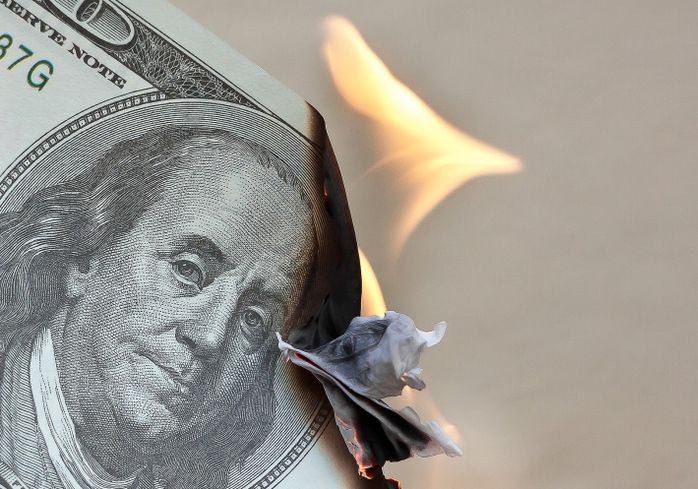 The heavy losses outpaced the company's growing revenue, which totaled $934M during the third quarter. That represented a 94% increase in revenue compared with Q3 2018, but its losses grew faster — it reported a $497M loss in Q3 2018. It lost $638M between April and June, which had been the company's highest-loss quarter until the very next one.

According to research firm Bond Angle CEO Vicki Bryan, WeWork knew about its Q3 2019 losses but kept it quiet ahead of the IPO.

“They knew the bulk of this and kept the public in the dark,” Bryan told The New York Times.

The pattern of expenses outrunning revenue has been the case for WeWork, formally known as The We Company, for much of its nine-year history.

In its third-quarter report, WeWork said expenses rose in areas such as leasing costs and “new market development." The latter includes not only new markets for WeWork's coworking product, but other kinds of expansion formerly driven by former CEO Adam Neumann, including the various tech companies WeWork acquired, The Wall Street Journal reports.

WeWork said that the occupancy rate at its coworking space dropped to 79%, the lowest since mid-2017. That was the result of a rapid increase in the company's amount of new space — adding 115,000 new desks during Q3, CNBC reports.

WeWork is now under the control of SoftBank Group, which raised its investment in the coworking company in October by $6.5B in debt and equity  to give the Japanese conglomerate roughly an 80% stake. Soon after asserting control of WeWork, SoftBank outlined turnaround plans in a 50-page, "90-day game plan."

The main thrust of the plan is to get rid of non-coworking businesses and lay off employees from WeWork's global workforce of about 14,000. The exact number of layoffs hasn't been determined yet, though employees anticipating job losses — and rankled by the $1B-plus payoff to Neumann to cede control of the company — are demanding severance pay, extended health benefits and compensation for devalued stock options.

WeWork's staggering losses highlight the effect it has had on the coworking industry at large — it frequently undercut its competitors with lease terms that didn't cover expenses, Convene CEO Ryan Simonetti said earlier this week.

"We have lost deals to customers in the last 12 to 18 months [because] they were paying less than WeWork was paying for the real estate itself,” Simonetti said on a panel of coworking leaders — which didn't include a WeWork representative. “Regardless of what happens — meaning how many locations they close or not close — we think we're going to get back to a more rational pricing model."