The Most Influential Black Briton Is A Real Estate Boss, But He’s Lonely At The Top 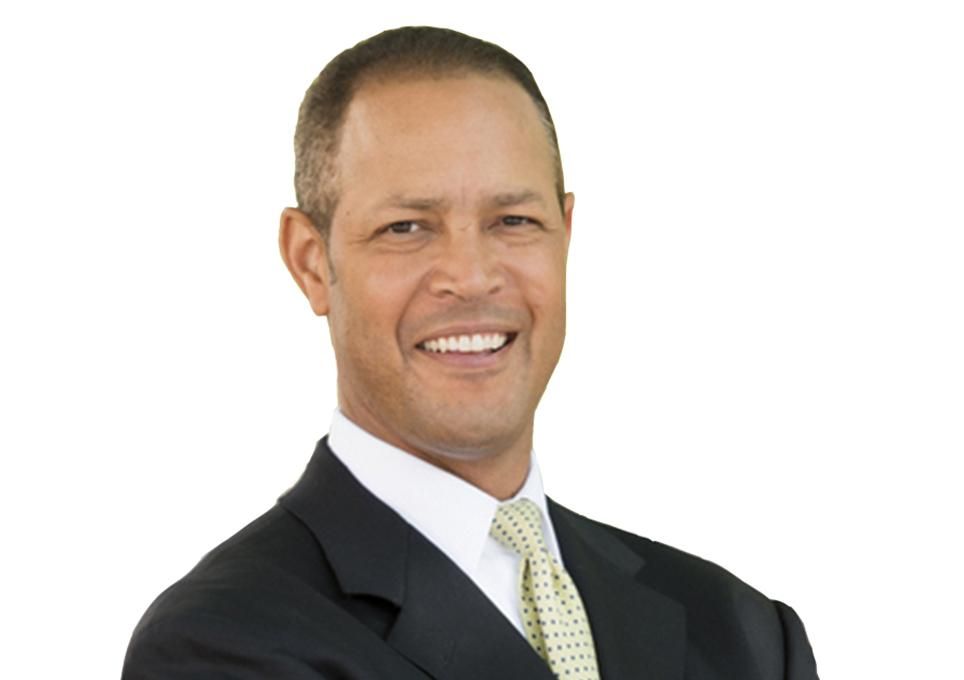 Ric Lewis gets straight to the point. “When it comes to ethnic diversity, we are in the Dark Ages in Europe,” he said.

Lewis is co-chief executive and chairman of Tristan Capital, one of European real estate’s most successful fund managers, with 120 staff and €11B of assets under management.

Despite being born and raised in Boston, his dual U.S.-British citizenship meant that at the end of last year he was named the most influential black Briton by Powerlist. Tristan, Powerlist pointed out, is the biggest majority black-owned business in the UK.

On the surface it is good news that a real estate professional would garner such an accolade (he was named ahead of Meghan Markle, the Duchess of Sussex). But Lewis is very much the exception, not the rule. He is one of just a handful of owners or chief executives of UK and European property companies that are black, Asian or minority ethnic. Go on — how many can you name?

Lewis is pretty much on his own, and he feels it keenly. He is passionate about advancing the cause not just of ethnic diversity in real estate, business and society — he supports several foundations that provide bursaries and mentorship to young people from minority backgrounds — but of diversity in all its forms. But in the current conversations on the subject, ethnicity is being somewhat left behind, which risks making what is already a slow process of change even slower.

“I was invited to a diversity event recently, and there were about 100 chief executives and chairmen there. I looked around and thought, I’m the only black person here,” he said. “How is it that we are leaving ethnic diversity in the background? I don’t want to sound militant, but it just doesn’t exist.”

Statistics back him up. According to EY and the RICS, just 1.2% of professionals in the UK built environment were BAME as of 2016.

“I moved from the States, and 20 years ago you’d be at an event with maybe 500 people, and there would be me and maybe one other black person. That’s changed there, but that is where we are here. If there is a person of colour working in real estate, either a director or coming up through the ranks, I pretty well know most of them, and it shouldn’t be that way.”

Lewis has an interesting theory about why this might be, and why property more than other professions is so ethnically homogenous.

“The roots of this go back a long way,” he said. “Real estate is the ultimate residual store of value — it is what every wealthy family did, they put their money in property. And people were stewards of this dynastic wealth, every family had their trusted advisors, and that can be traced through to property companies today.”

Lewis said the UK and Europe should look to the U.S., where the situation is far from perfect, but where the real estate industry is significantly more ethnically diverse. That is a result of the need to adapt to changes in society more broadly. Those changes have happened in the UK and Europe too, but the sector hasn’t kept pace to nearly the same extent.

“I was a young guy out of uni, I wanted a job in Boston, and I wouldn’t have thought real estate was a world I could enter,” he said.

“What happened in the U.S., over time, firms changed, they knew what they needed to do to address their customers. And people coming in to the industry thought, this is something that I should aspire to.” 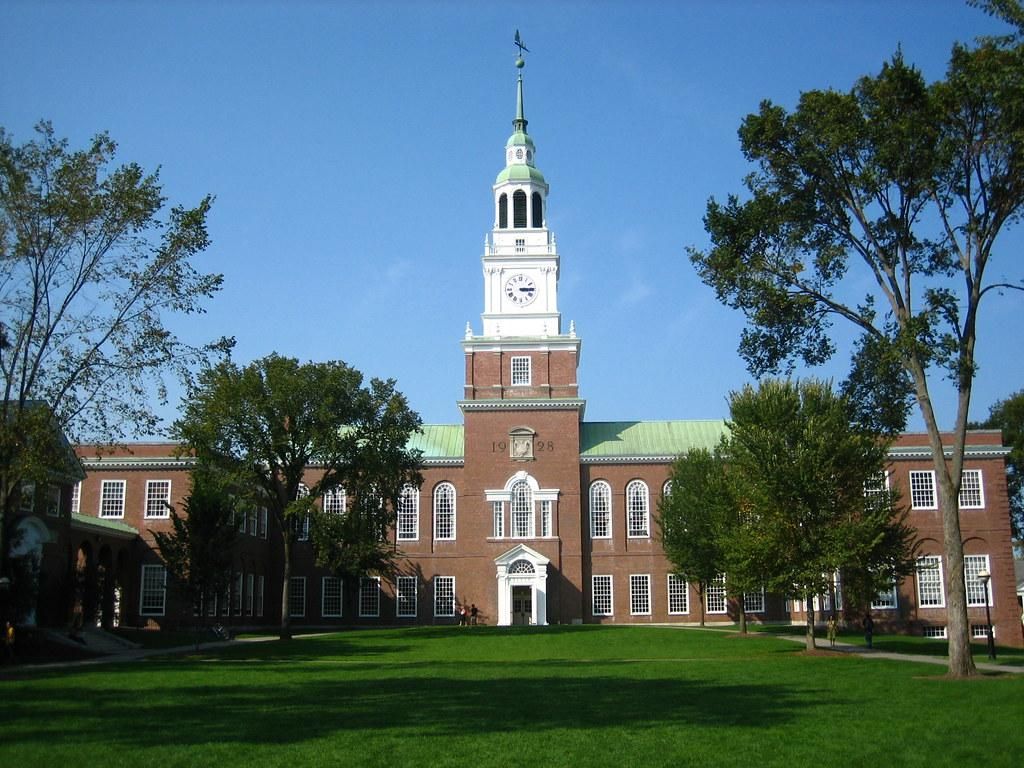 Lewis talks passionately and frankly about how his success can be replicated more widely. He was lucky, he argued: He did well at school, and while his family were not well off, he got the opportunity to go to Ivy League university Dartmouth before going on to Harvard Business School. But success should not be about luck.

“How do we get change? I was lucky enough to be raised to believe I was talented and could do anything I wanted,” he said. “Being black was a fact but not a factor for me. I love being black and it is important to me. I’m not black and at the top of the heap, I’m just at the top of the heap. We need to create that situation for everyone. How do we bring people through and give them confidence?”

Lewis is a firm believer that the real estate industry in Europe will only start to change when there is an economic imperative for it to do so. And that moment may not be too far away, if an anecdote about a recent fundraising round is anything to go by.

“Moral arguments are great, but these things really start to change when stakeholders and the people that control money start making decisions based on these things,” he said. “I was in the final round talking to a big U.S. institution recently, in a room with a lot of our peers looking for investment, and one of the senior directors of that organisation said: ‘Talk me through your organisational chart and what you are doing about diversity and inclusivity.’

“I don’t think they are picking the winner based on that alone, but it was a real question, and it was asked of all the other finalists. Moral arguments are great, but the real motivating forces are economic.”

Lewis has very clearly achieved great success in his career. He has built up and sold two real estate fund managers, including the sale of a 40% stake in Tristan to U.S. money manager Candriam Investors Group last year. Celebrating its 10th anniversary this year, Tristan has become one of those fund managers that can raise a new fund in a matter of weeks and months rather than years.

He has always credited the firm’s diverse workforce as a reason for its success, saying at a Bisnow event recently that the firm’s unofficial slogan was ‘wrecking the industry one investor at a time’. He argued that today, real estate firms can succeed easily even without that diversity of workforce, and the diversity of thought it brings. But that situation won’t last long.

“In the U.S., companies understand this, and how easy it is to be boycotted. Today anyone can start a campaign. It is difficult to say exactly what gives something enough of an emotional charge to make a boycott take off. It used to be, when there were limited media outlets, big companies could easily block bad news. But today all you need is 10 influencers. 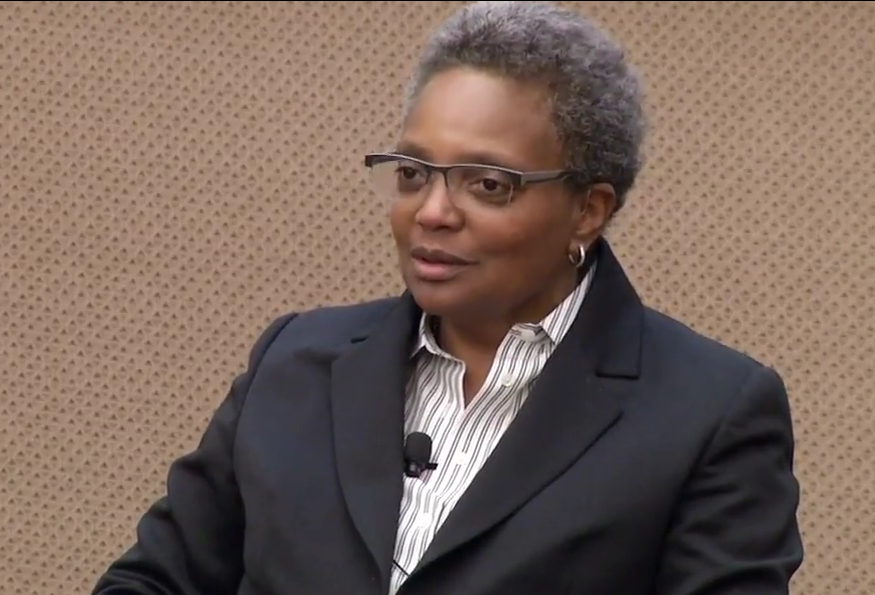 "My daughters are 15 and 19, and they are ferociously informed on major issues. They know how to go deep on issue, not just the main headlines, but they go many levels deeper, finding background information, following links and sources, the history of the issue. And real estate needs to be aware of this.”

On a practical level, there are two interlinked problems when it comes to increasing ethnic diversity in real estate: not a big enough pipeline of people coming in at the bottom of the industry, and not enough representation at the top. The first of those issues is difficult, but is where real estate needs to start, Lewis said.

“We have a graduate intern programme at Tristan and we are trying to increase our ethnic diversity and looking for a more diverse group of applicants, but we can’t find them. They are just not applying for jobs like this. We need to manufacture the pathway for people. It is hard, because we get hundreds of applicants for a single spot, and maybe they are thinking, 'This isn’t a role for me.' But we need to build up that analyst class first.”

Without this, greater representation at senior levels becomes impossible in practice.

“We need a feeder network, we have to build that up. You have to grow your own farm, and we have to start from the beginning. It is not easy because there are not many people to follow. You have the same problem as with gender, only women have been in the workforce longer. This will take time.”

There is also another element to this lack of representation on boards, something which for Lewis is harder to explain, and which he himself represents.

“I’m chairman and co-CEO of the company, and while there is no chance of me retiring yet, I’m starting to think about the next stage of my professional life,” he said. “And that typically involves sitting on the boards of companies and nonprofits. Every company and board is saying today that it wants to increase its diversity and have greater ethnic minority representation, but I don’t get many calls asking me to sit on the boards of the biggest and most important influencer companies. I don’t think it’s anything malicious, and maybe they think I’m too busy. But that is an indicator of where we are.”

One of the biggest challenges, he said, is looking at diversity in a holistic way, rather than through the narrow prism of self-interest. Without concerted efforts and collective action to improve diversity as a whole, the path to greater inclusion for individual groups, be it women, BAME, LGBQT or those with disabilities, is slowed.

“With all the good will in the world, a lot of the groups that say they are focusing on diversity generally are focusing on gender diversity,” he said. “These groups aren’t focusing on diversity in the wider sense, and it turns into the promotion of your particular flavour and whatever you are. They are doing great things empowering women, but it has to be about more than that. We are talking about BAME as if it’s next in the queue, but if that’s the case, then when do we get to the LGBQT community or people with disabilities. If you have a BAME-only group, does that exclude the people whose hearts and minds you need to change? Diversity and inclusivity need to be taken to a wider audience.”

In spite of the various complex challenges and problems he outlines, Lewis remains optimistic that real estate in the UK and Europe will change. He points to changes in society more broadly as the reason why. But given that the first job is to boost the numbers a junior levels, the process will be slow. This is a generational challenge.

“Talking about it is the first step,” he said. “Then you have to change hearts and minds. Twenty years ago you wouldn’t have imagined that this is where we would be. In the U.S., Chicago has just sworn in its first black LGBQT female mayor [Lori Lightfoot]. That is somewhere that has a history of being a very segregated city. My parents couldn’t figure out where they were going to live. I got to go to Dartmouth, and for my kids it will be easier again.”

Hopefully, that means the next Ric Lewis won’t be so lonely at the top.

Racism, Bias And Self-Doubt: Being BAME In Real Estate In 2019
Put Your Hands Up In The Air: How Ethnic Diversity Flourishes At Commercial Property Auctions
© 2021 BISNOW LLC
www.bisnow.com
SHARE ON:
TWITTER
FACEBOOK
SUBSCRIBE
x