Put Your Hands Up In The Air: How Ethnic Diversity Flourishes At Commercial Property Auctions 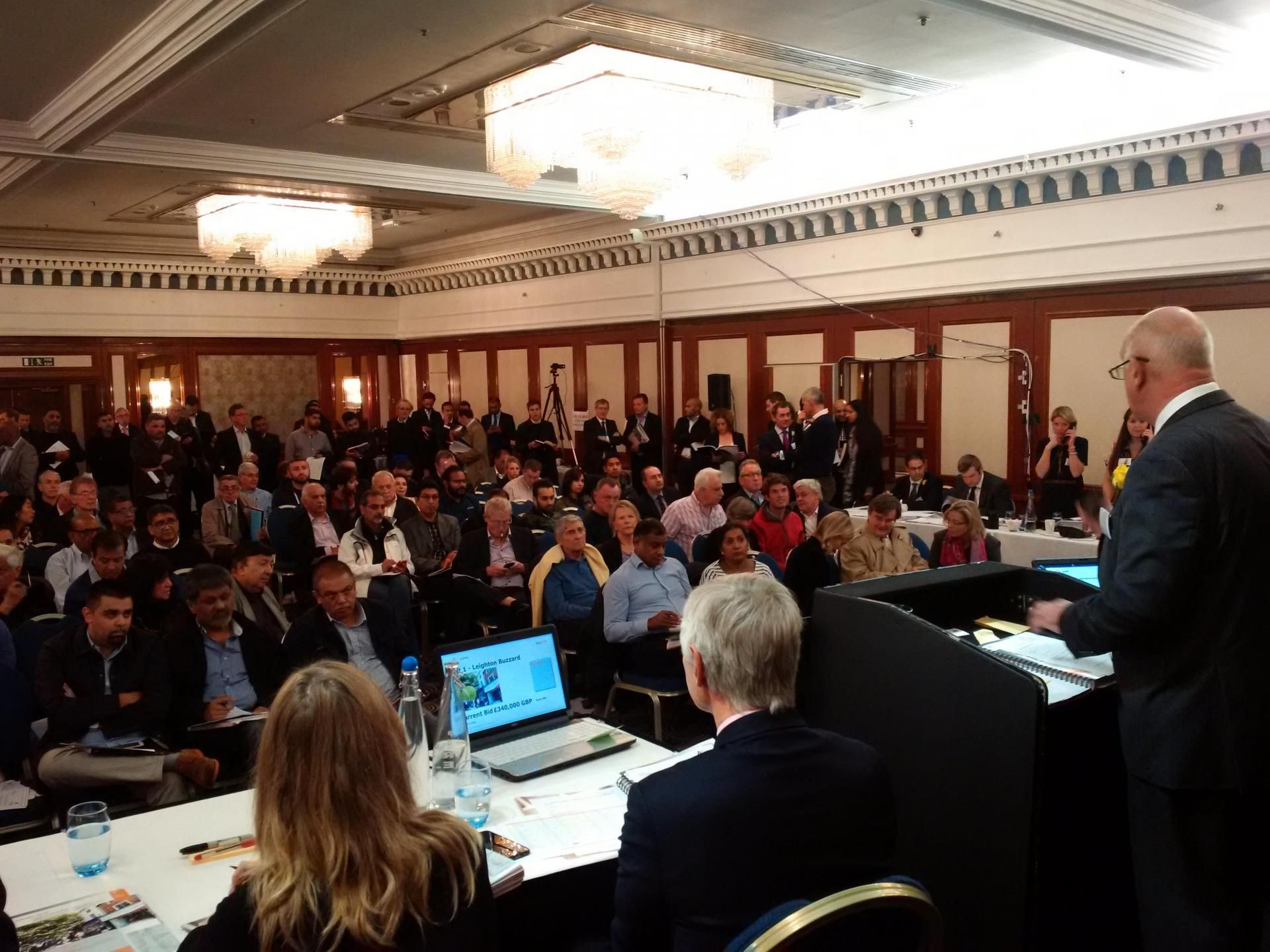 Courtesy of Acuitus
An Acuitus auction in the UK, where commercial real estate auctions are more widespread.

As you walk down the stairs and into the main ballroom of the plush Montcalm Hotel in London’s Marylebone, it hits you straight away: This does not look like a normal commercial property event.

Most UK real estate events, be they conferences, building openings or drinks receptions, are a sea of white faces. Tristan Capital Chairman and co-Chief Executive Ric Lewis, named by Powerlist as 2018’s most influential black Briton, told Bisnow last month: “I moved from the States, and 20 years ago you’d be at an event with maybe 500 people, and there would be me and maybe one other black person. That’s changed there, but that is where we are here.”

But at commercial property auction specialist Acuitus’ spring sale in May, things were very different. At least half the room was black, Asian or minority ethnic. The bidders were just as likely to be wearing Ghandi caps and dhoti as the blue suits favoured by the majority of UK property professionals, with a fair number of kippahs thrown in for good measure.

Auctions are the ultimate egalitarian form of selling an asset, property or otherwise. The auction room has an in-built transparency and makes discrimination impossible; the highest bid wins.

The story of the UK commercial property auction sector is intertwined with the story of UK immigration, and some of the seismic events of the 20th century, particularly surrounding the regime of Ugandan dictator Idi Amin. Through auctions, commercial property has been a way for immigrant families to put down roots and build long-term success in Britain.

'At An Auction You Know Where You Stand'

Acuitus Chairman Richard Auterac has been an auctioneer for more than 30 years, and has noted how his client base of those who buy and sell property at auction has always been more diverse than other parts of the industry. He calls auctions an agnostic platform where everyone is equal. It is not who you know, but what you know and how much you bid that count.

“The auction room provides certainty,” he said. “It is a place where you can raise your hand and you know, if you make the highest bid, that you have bought the property. You haven’t got to wait weeks and weeks while the seller makes their mind up. At an auction you know where you stand. In that respect, there are very few barriers stopping you from investing.”

“Some clients also buy through private treaty, but they value the auction room as a meeting place as well as a place to buy and sell. It brings together business people from communities across UK society.”

That certainty, transparency and immediacy is enticing to investors who might not otherwise have access to property investment, or don’t want to undertake the long-winded, opaque and often complex process of buying by traditional private treaty, a name for the traditional private sales market.

“I think it appeals to people because you go into the room, bid on a property, and when the hammer comes down, if you have made the highest bid, you own it,” private investor Kishor Ruparelia said. “In the private market, something goes on to the market, you don’t know who is bidding on it, it’s all secretive. I give my bid, you don’t know if someone will bid more, and 90% of the time you lose out. In the auction room, you see who is bidding, if they are a serious bidder, and if you are willing to pay the most, you win the bid.”

“The auction room is diverse because the UK is global and London is a global city,” Prideview Director Nilesh Patel said.

His father and uncle started buying property at auction 35 years ago, and the family has built up a significant portfolio. It has set up a business advising wealthy private investors who want to start buying at auction but don’t have the expertise. The majority of its clients come from the Indian community. 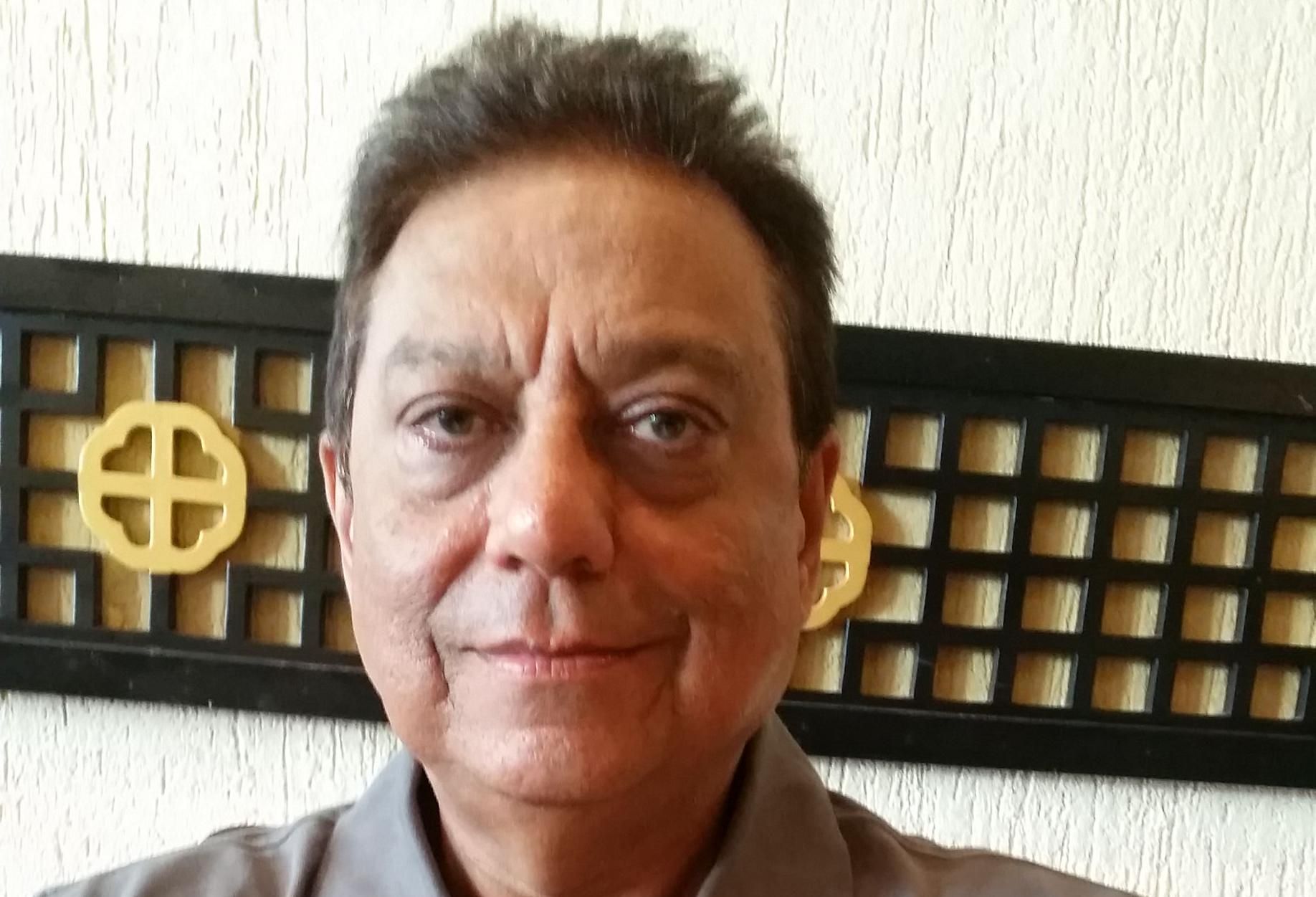 Patel said auctions are a way for people who have money but no experience or access point into commercial property to invest in the sector.

“For a novice investor it can hard be to buy,” he said. “With auctions, the lot sizes are smaller, it’s open, it can be a self-learning process that gets you on the ladder and lets you build up the right experience and right contacts. You also get instant information, because you can see in the room what people are bidding fiercely on.”

The colour-blind nature of the auction process means that investors of any background can participate, but in Auterac’s experience, one particular group has flourished.

“We have a substantial number of important ethnic Indian clients, many of whom originally came to the UK from Uganda and elsewhere in East Africa in the 1970s,” he said. “They had owned many large businesses and they were experienced managers and entrepreneurs.

“When they settled in the UK they weren’t part of the traditional property investment community, but found the auction room a welcoming environment where every bidder is equal. We now have clients from the second or sometimes third generation of families who’ve been buying and selling at auction for years.”

The history of the East-African Indian diaspora is both fascinating and brutal. At the peak at the start of the 1970s more than 80,000 Indians lived in Uganda. In the 1890s more than 30,000 labourers were brought from one British colony, India, to another, Uganda, to build the country’s railway system. Most returned home, but around 6,000 stayed, prospered, and their numbers grew, supplemented by traders from the Indian province of Gujarat.

But in the early 1970s, newly installed dictator Idi Amin began stoking resentment of the country’s Indian citizens to win support from the wider Ugandan population. In 1972 he ordered the expulsion of the majority of the country’s Indian residents, giving them just three months to leave. New laws were passed which made it difficult for Indians to sell their businesses and assets, which, coupled with the short time frame, meant most were forced to leave with nothing, and the companies they had built were seized by the state. The Ugandan army used violence and intimidation to make sure the Indian population departed. Only around 4,000 Indian Ugandans stayed, and even after many returned in the 1980s, the population today is just 15,000.

Ruparelia’s family in 1972 was one of the 23,000 Ugandan Indians that came to Britain — it would have been more, but Britain refused to increase its immigration quota. In Uganda, Ruparelia’s father was a sales manager for a car and truck sales business and he and his six siblings had a comfortable life, but when his family arrived in the UK they had very few assets.

He was 16 when the family arrived. He trained as an accountant before going into work as a car trader with his brother in his early 20s. His family built up a portfolio of residential properties from the profits of auto trading, and he made his first commercial purchase at an auction in the mid 1980s.

“We came here as refugees in 1972, we came here because my father had a British passport, and we had to start all over again,” he said. “It took a lot of time to get used to, but now, even if I go back to Uganda, it is Britain that feels like home.” 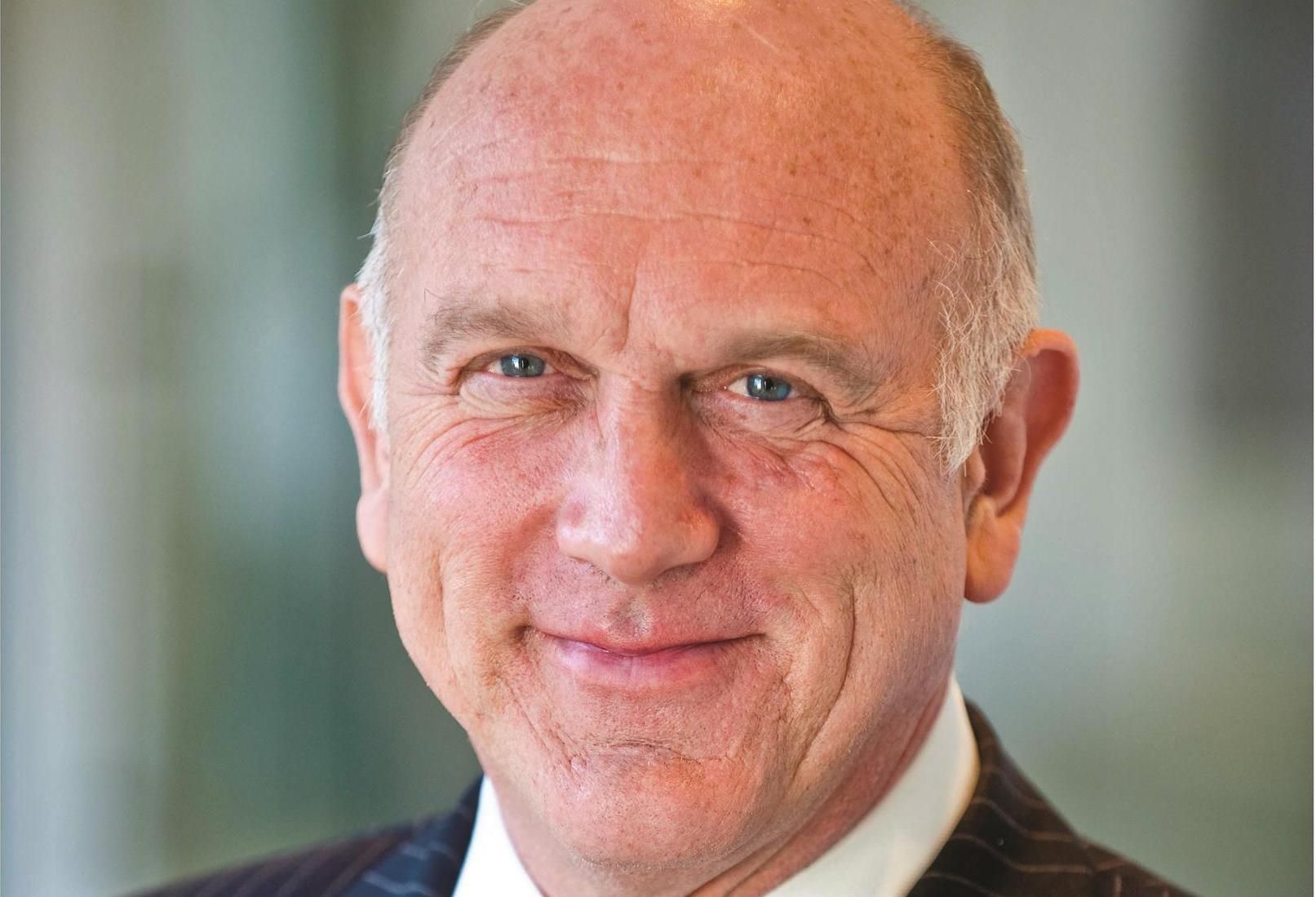 “This country has given me so many opportunities, I feel blessed. If you work hard, the sky is the limit, you can live your life however you want here, and it is how you live your life which decides whether you will make a success of it,” Ruparelia said.

And he quickly found that he wanted his life to involve property investment.

“I started buying properties when I was 20 or 21, and started going to auctions. I started off buying smaller properties, then midsized properties, and making good returns, and thought, this is the business I want to be in. This is something you can make money in. More than 35 years later I’m still doing it.

“I still go to auctions because you are in the action and you can get a good deal. If you pay a bit more than you wanted to, it doesn’t matter too much, as I know how to manage assets to increase the return. And if you miss out, you just keep looking for the other lots in the sale.”

Patel’s family has a similar story of wealth built from small beginnings. Originally from India, they started out running a news agency, before building up a chain of pharmacies. The profits from this were ploughed into commercial property, with auctions the preferred route. He said buying property is something central to the immigrant experience.

“A lot of Asian families first came to this country 30 years ago or more, and over time they have built up capital and are now able to invest. When you are successful you can start thinking long term and investing to provide income for your family in the future. Property gives you that long-term investment, but auctions are [a] good way of getting into that quickly.”

There is a quirky parallel to the in-built diversity that comes from the auction system. Until the late 1970s, the musicians in top orchestras in the U.S. were mostly male. Why this should be was a bit of a mystery — after all, there is no physiological reason a man should be able to play a violin better than a woman, right?

The people charged with putting orchestras together, almost exclusively men, claimed there was no bias, they were simply hiring the best musicians. But in the late 1970s, some orchestras started instituting blind auditions, with the musician playing from behind a curtain. By the end of the 1980s, this was pretty much standard practice.

The effect? Blind auditions caused a 25% increase in female hires for orchestras, statistically speaking a huge impact. It increased the number of women auditioning, no longer put off by institutional bias, as well as the number being hired, creating a virtuous circle.

That is what auctions do for property — remove bias, unconscious or otherwise. They remove any barriers to entry, the need to know the right person to get access to the right deal. With those barriers lifted, diversity can flourish.

Racism, Bias And Self-Doubt: Being BAME In Real Estate In 2019
The Most Influential Black Briton Is A Real Estate Boss, But He’s Lonely At The Top
© 2021 BISNOW LLC
www.bisnow.com
SHARE ON:
TWITTER
FACEBOOK
SUBSCRIBE
x