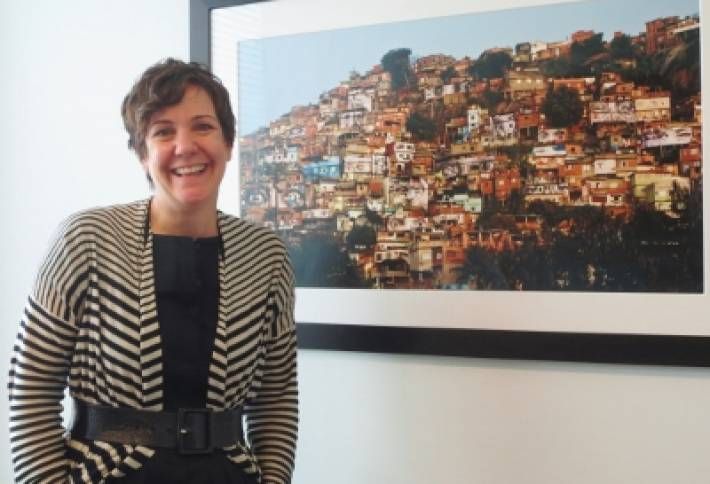 Starting Jan. 1, Marcia Tavares Maack will be the pro bono director of the 1,500-lawyer, 22-office law firm Mayer Brown. With 10 years already under her belt as assistant director of pro bono activities, she offered us three keys to successful law firm pro bono: 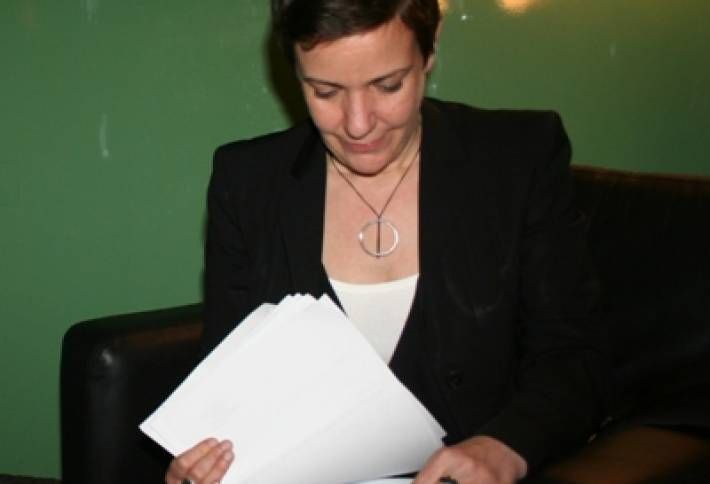 Last year, Mayer Brown had 50,000 pro bono hours. One of the pro bono program's recent focuses has been on LGBT issues—including filing an amicus brief on behalf of 200 Congress members asking the Supreme Court to strike down DOMA, partnering with the ACLU on litigation overturning Wisconsin's ban on gay marriage, denial of service cases, contributing to a report on violence against LGBT people in the Americas and a report on discrimination against LGBT people in Jamaica, and training lawyers in El Salvador on representing LGBT individuals domestically and internationally. Another focus has been Mayer Brown’s Making the Case for Kids initiative, focused on helping children in areas such as special education, adoption and guardianship, and assisting unaccompanied and immigrant children.

The firm launched four global pro bono initiatives a couple of years ago: international human rights, economic development, environmental sustainability and transparency in governance. On a more local level, pro bono work tends to vary by office depending on the "needs in the communities where we live and work," and the lawyers' interests, says Marcia. 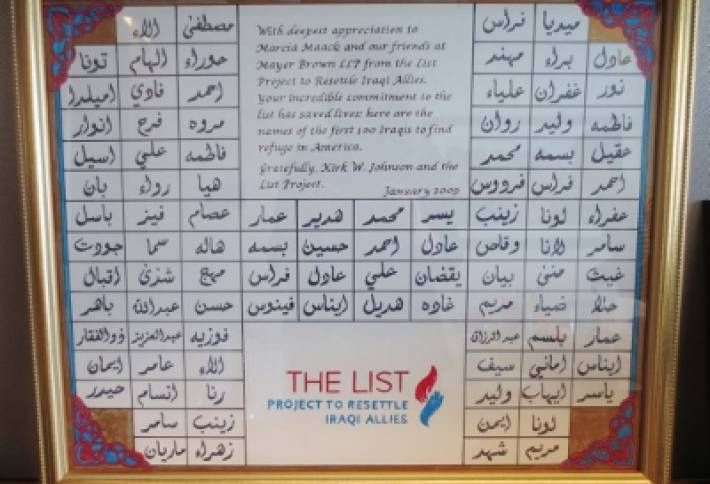 In 2008, Marcia got Mayer Brown involved with The List Project to Resettle Iraqi Allies. The firm's since helped more than 300 Iraqi refugees—whose lives had been threatened for their cooperation with the US—safely move to the United States. The List Project gave Marcia this framed poster listing the first 100 refugees resettled. (Mayer Brown was also featured in a documentary about The List Project at the Tribeca Film Festival.)

The special visa program under which Iraqi refugees were able to enter the US has since expired (around 6,000 visas of a possible 25,000 were issued, Marcia says). The program was then briefly renewed for just 2,500 visas; on a very tight timeline Mayer Brown scrambled to help 11 Yazidis who'd all worked for the US military and had been in Sinjar when ISIS attacked and massacred thousands. They had been living in refugee camps since, including one man who had nearly his entire family killed or kidnapped by ISIS in the attack. Yesterday morning, Marcia tells us, that man received his visa.