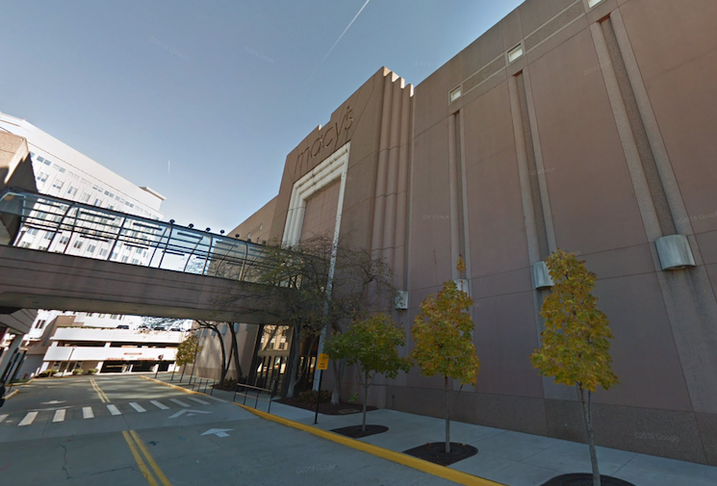 The theater chain is in talks with the owner, Brookfield Properties, to lease part of the Macy's building that will soon close at the mall, a source close to the deal tells Bisnow.

Brookfield took ownership of the mall through its acquisition of General Growth Properties this summer. GGP in 2016 bought the Macy's portion of the property from the retailer for $38M, with redevelopment plans in mind. The owner in May submitted plans with Fairfax County to increase the height of the building by about 17 feet, saying it is considering bringing in a "theatre," though it did not specify what type. Brookfield and iPic declined to comment.

The owner plans to bring in luxury and technology retailers to the first level of the property, with the movie theater above that, the source said. The landlord in July filed plans with the county to modify the building's signage, specifying that it would replace the Macy's signs with "signage for a variety of new tenants."

Macy's has not said when exactly it will close its Tysons Galleria store, but the owner said in the July filing the closure was "pending." The mall's other department store spaces are occupied by Saks Fifth Avenue and Neiman Marcus. Its food hall from Mike Isabella closed last month following a sexual harassment lawsuit against the celebrity chef, who has filed for Chapter 11 bankruptcy.

A Nasdaq-traded public company, iPic Entertainment Inc. in August detailed its U.S. expansion plans to investors. It said its long-term goal is to increase from its current 15 locations to 100 locations across the U.S. It said it has recently signed new leases for theaters in Atlanta, Hicksville, New York, and Irvine, California, and has "a robust pipeline of additional sites in lease negotiations." 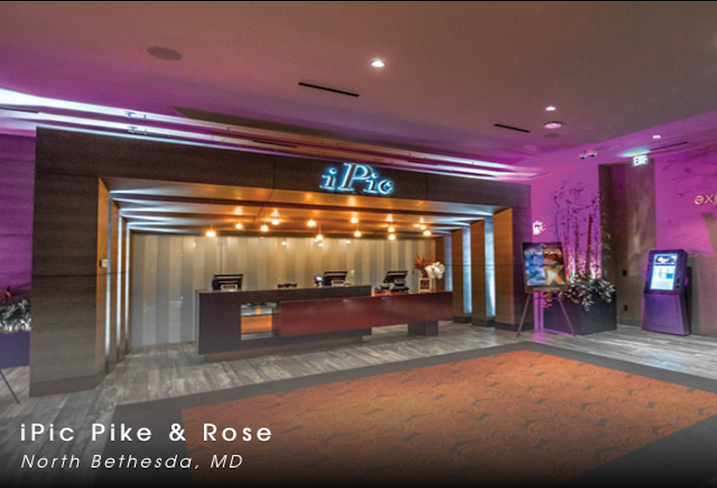 "We wanted to have a higher-level experience, that's why we put in iPic Theater, that’s why we said 'what are the best-in-class brands we can add in?'" Weilminster said.

The iPic theater at Pike & Rose features large, reclining leather chairs with small tables in between them for food and drinks. Customers can order from a pop-out iPad in the arm rest and servers bring their food and drink to the seats. The menu is much more decadent than popcorn and candy; it includes lobster rolls, fish tacos, burgers and wings. The standard tickets range from $11 to $13 and the premium plus seats, which include larger tables, pillows and blankets, range from $17 to $22.

The movie theater industry has trended toward more experiential concepts in recent years, with upscale brands like Alamo Drafthouse Cinema and Landmark Theatres serving alcohol and a full food menu. The more traditional Regal Cinemas and AMC Theatres have begun to move in this direction, too, installing luxury seats and offering alcohol at hundreds of existing locations.

There would be plenty of competition for iPic in the Tysons market. The nearby Tysons Corner Center mall has an AMC theater, and ShowPlace Icon Theater plans to open at The Boro development near the Greensboro Metro station.