When most developers talk about transit-oriented development, they emphasize how Metro access can be a catalyst for growth. But developers at Bisnow's Retail and Restaurant event yesterday talked about a different kind of transit that is bringing life to DC neighborhoods: Uber. 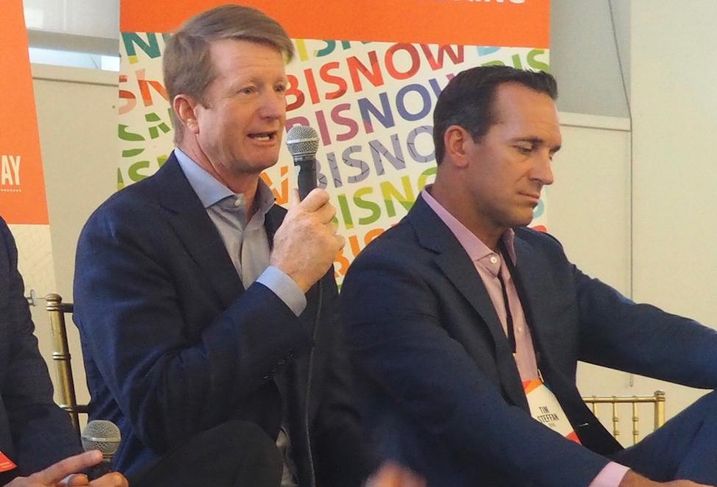 The ride-sharing app has spurred the booming retail market in some of DC's hottest neighborhoods, Rappaport president Henry Fonvielle said.

"14th Street could not have happened without Uber," Henry, left, next to RPAI president Tim Steffan, said. "There’s no parking there. Everybody I talk to parks close by or Ubers, you had to have that technology happen for 14th Street to be more successful. I think that’s true of H Street as well."

Rappaport last month razed its H Street strip mall to pave the way for a 419-unit mixed-use building with ground-floor retail. In addition to Uber, the corridor has also been aided by February's opening of the H Street streetcar. 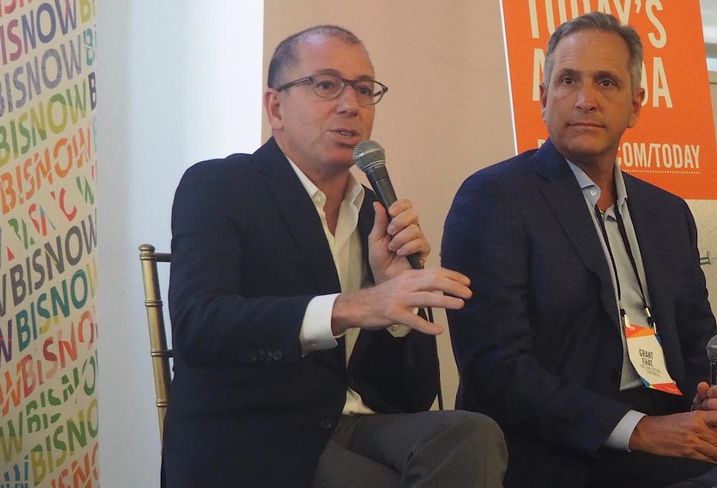 "Uber has really changed the game, it's amazing when you think of the transformation," Joe says. "If you look at activity, Georgetown itself has been a disproportionate beneficiary of the advent of Uber...there’s actually a number of different retailers that actually prefer no Metro stop, because they feel like it creates a different type of environment."

Joe runs a $10B global portfolio and just made his first investment in DC—the former Latham Hotel in Georgetown.

Looking ahead, Willard Retail co-founder Grant Ehat, right, said driverless cars could create an even larger change in the market. Uber recently announced it is testing out autonomous vehicles, rolling them out for riders in Pittsburgh this month.

"Maybe public transportation won’t be as necessary when that occurs," Grant said. 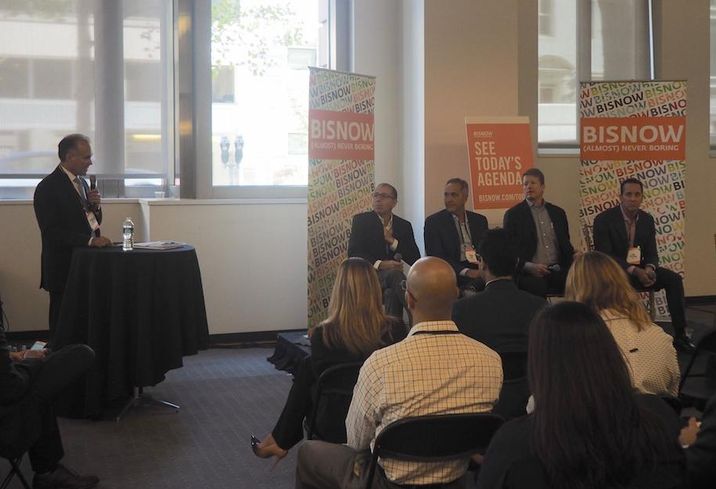 Madison Marquette's Ed De Avila, who moderated the panel, said this trend is changing the way developers think about what neighborhoods to invest in.

"Developers may one day be looking at more micro districts that they hadn’t even thought about because the conventional fundamentals that were there several years ago are nonexistent today," Ed said.

"There’s a new paradigm that’s being developed, certainly 14th Street is that new paradigm," he continued. "You hear people complain 'there’s no parking'; well, there's a way to get around that and we’re seeing it. I think that’s going to fuel future development for this city and other urban cores around the country." 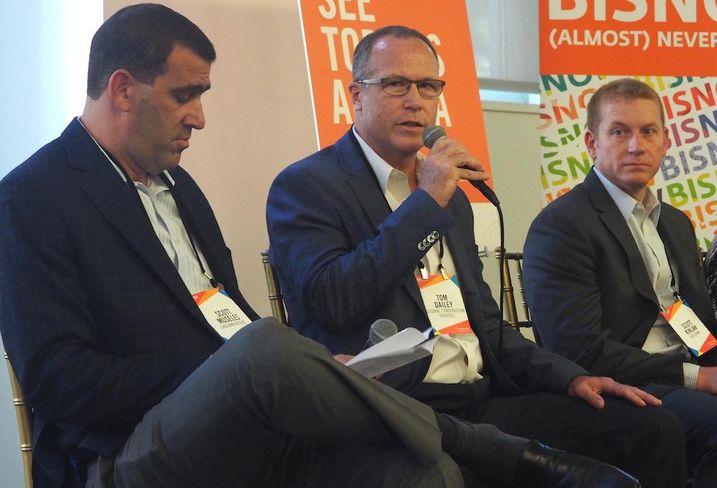 On the restaurant panel, players from different parts of the industry—construction, design, financing, legal and ownership—had mixed outlooks on DC's food industry.

"I can tell you right now, I haven’t seen it this busy in this market in years," Potomac Construction Services president Tom Dailey (center, next to Shulman Rogers' Scott Museles and EagleBank's Scott Kinlaw) said. "We've literally got competitors calling us saying they’ve got too much work. 'I’ve got this client I’d like to service, but I just can’t handle the workload.' We’re in the same boat and most of our competitors are. It's a great market." 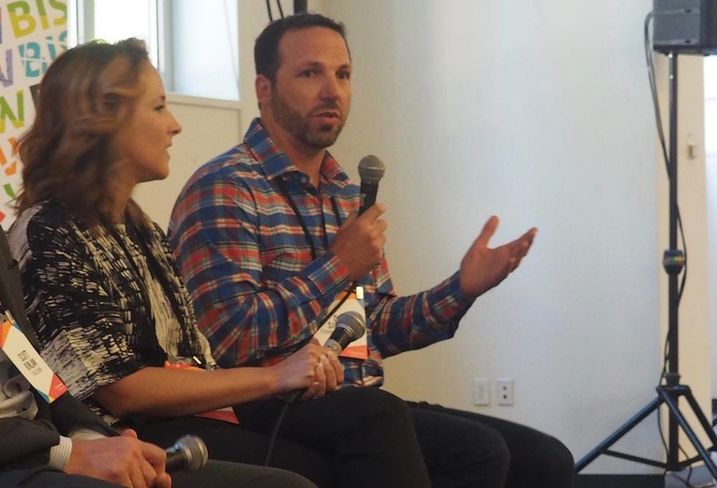 The boom of new restaurant construction may not guarantee future success for the industry though, others said.

Founding Farmers owner Dan Simons, who also co-founded consulting group VSAG, says he is bearish on the DC restaurant industry. He says the increased competition of outside restaurateurs entering the market, combined with likely minimum wage hikes, make him "apprehensive" about the viability of small restaurants.

"I just don't see the profit architecture of a lot of these restaurants being able to handle the total upending of the business model as tip minimum wage rises," Dan, next to CORE's Allison Cooke, said. "I think there’s a substantial amount of risk under the surface out there. " 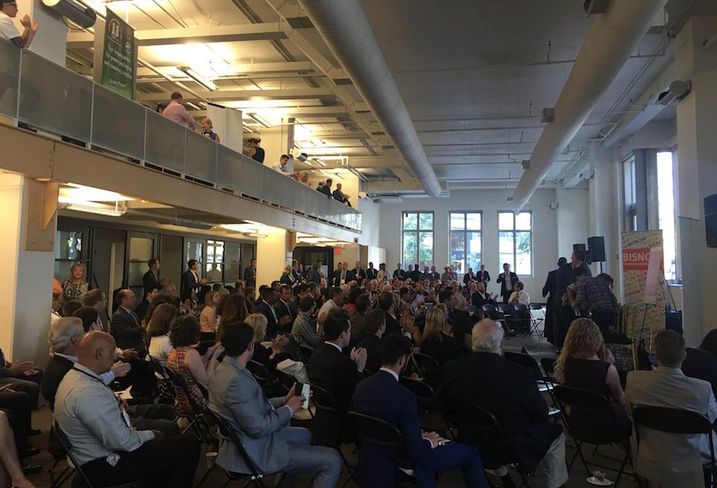 The event, attended by more than 200, was hosted at Lincoln Property's Franklin Court at 1099 14th St NW. Aiming to rent out the 8,300 SF of corner ground-floor space where the event was held, Lincoln has brought in Rappaport to assist with the leasing.