The co-working giant that has led the disruption of the traditional office space has a new DC leader, a new downtown location and is poised for more growth. 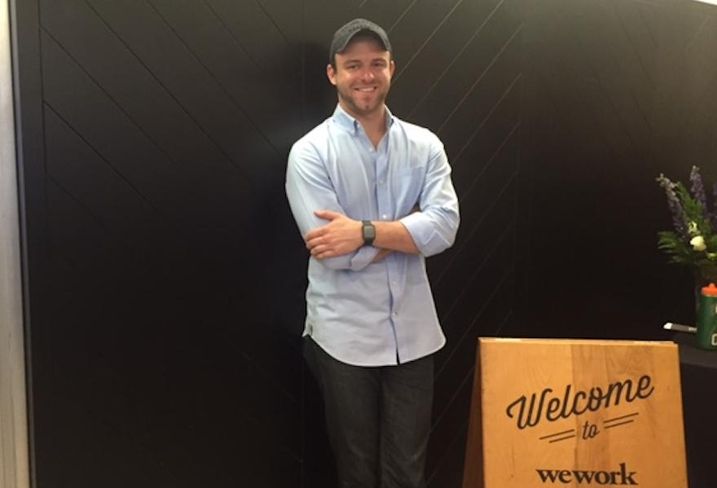 Coming from New York City has given WeWork's new DC city lead, Kley Sippel, a sense of how fast the co-working company can grow its presence in a new market. He replaced Carl Pierre, the city lead who introduced WeWork to the area in 2014 and led its growth to this point last May.

"DC is an amazing town with a lot of ambition and hustle," Kley tells Bisnow. "We have a lot of expansion coming."

Expansion seems to be a constant for the booming co-working company, now with six DC locations and more than 100 worldwide. 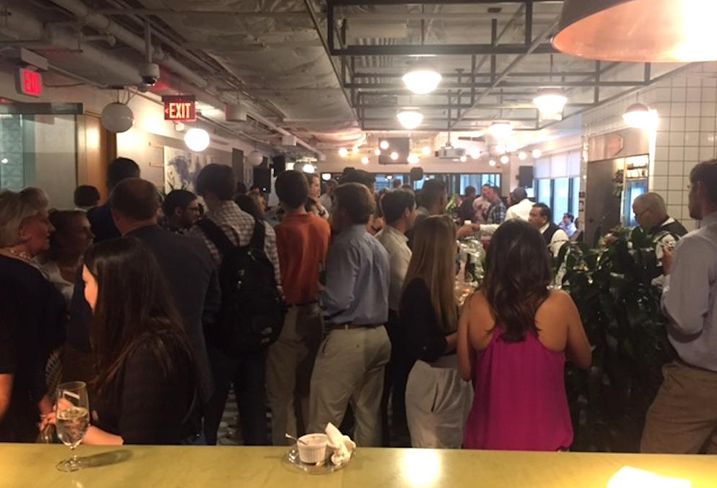 WeWork just opened a 33k SF K Street location in May and later this summer will open its Manhattan Laundry location on 14th Street. 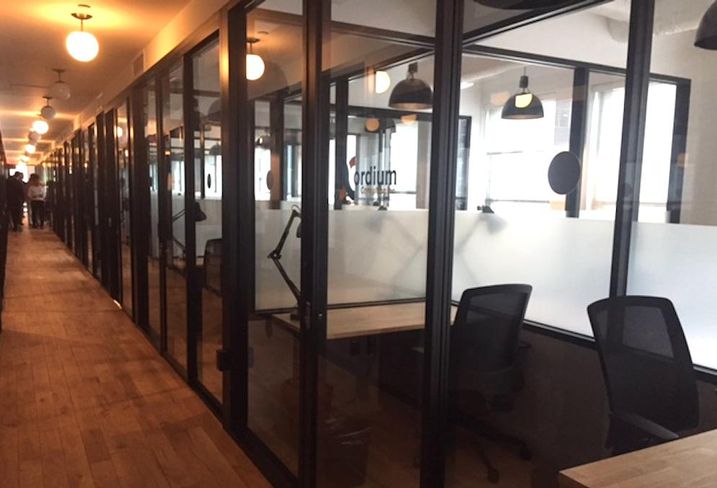 The two-floor location has 118 total offices with a 620-member capacity. Private offices start at $750/month.

More than 50 companies have already started working in the space, which is fit with conference rooms, open social areas and private call rooms. K Street members also have access to the rooftop and a gym in the basement. 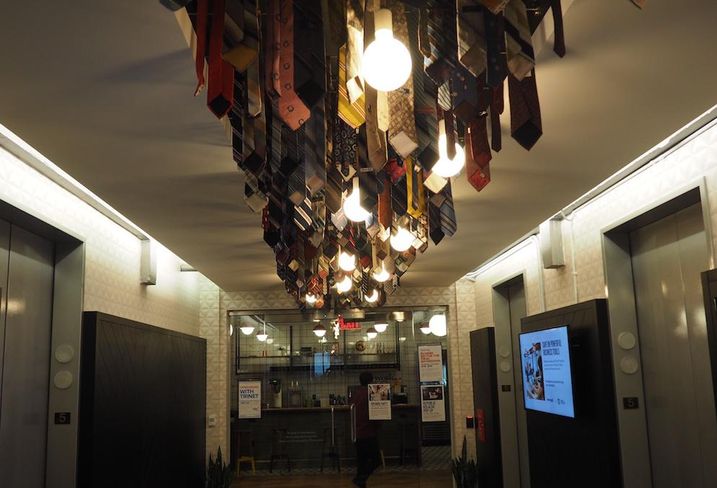 Kley says being in the heart of the CBD, the K Street location is looking to attract more of a professional crowd than some of its other locations.

A nod to this new focus, members exiting the elevator onto the fifth floor will see ties hanging from the ceiling. WeWork asked its members in other locations around the city to donate ties for the art piece. 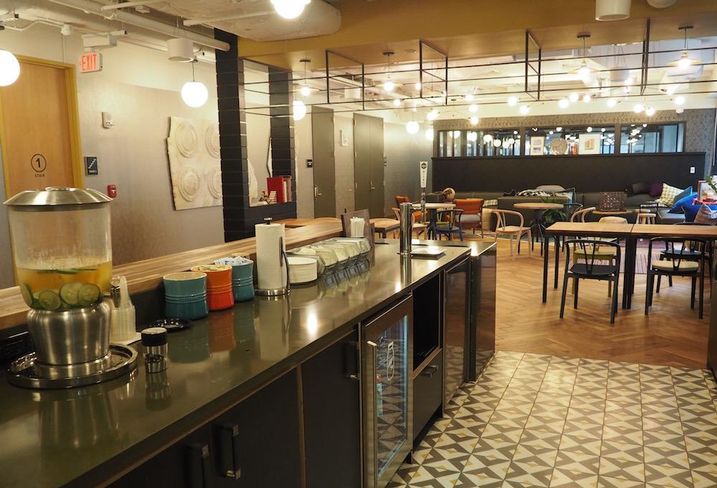 While Kley says you can expect to see a few more suits and ties in the K Street location, it still aims to attract fun, energetic people. And rest assured, there is still free beer on tap. 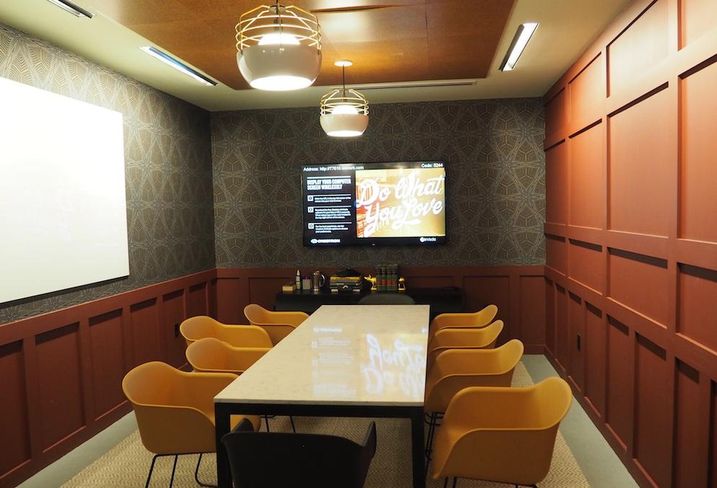 As for its next steps in the market, WeWork has not announced any new launches after Manhattan Laundry, which will be the second-biggest location, after Dupont Circle, when it opens later this summer. Kley says to expect similar growth rates as other markets such as New York, which now has 30 locations. 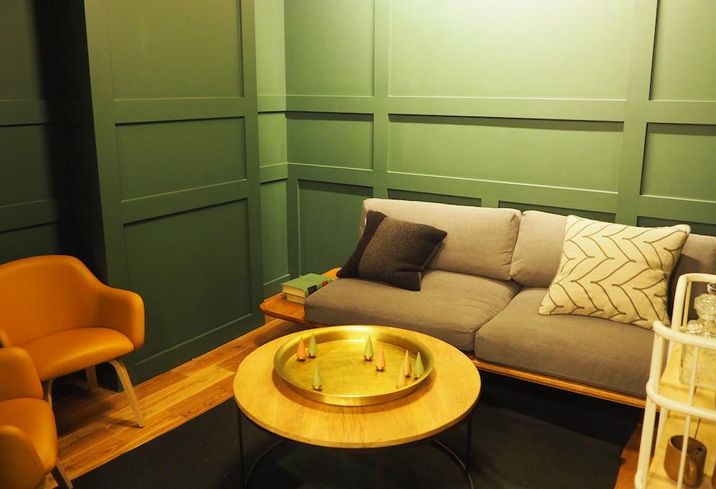 Kley says expanding to the suburbs has been successful in other markets, but has not announced any plans to open locations in Virginia and Maryland. Right now, the only spot outside DC proper is in Crystal City, the combined WeWork-WeLive project.

In expanding the business model to residential, opening two WeLive locations in recent months—the other is on Wall Street—WeWork is hoping the collaborative style and creative design that has made its office model popular will translate to the living environment, and Kley says so far it has been successful.

"Now we see that it works, people are attracted to the idea and they love it," Kley says.