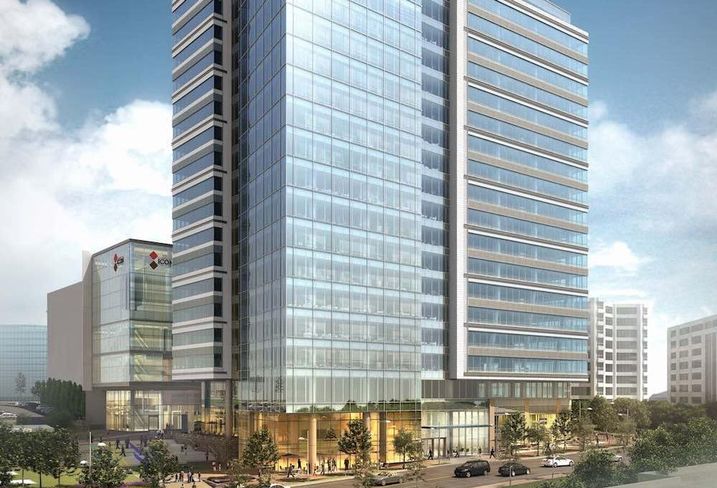 Courtesy of The Meridian Group
A rendering of Boro Tower, the 20-story trophy office tower coming to The Boro

The Meridian Group has landed its second office tenant at the 20-story Boro Tower, currently under construction in Tysons.

Law firm Hogan Lovells signed on to occupy the 17th floor and half of the 16th floor, a 45K SF footprint. CBRE's Rob Faktorow and Terry Reiley brokered the deal on behalf of the landlord, while Savills Studley's Rick Rome and Alexandria deVilliers represented the tenant.

The law firm will move its roughly 70 attorneys from 7930 Jones Branch Drive in McLean in June 2019. It will join media company Tegna, which signed a deal last summer to occupy 60K SF in Boro Tower.

The 440K SF office building is part of The Boro, a 15-acre development Meridian is building in partnership with Kettler near the Greensboro Metro station in Tysons.

The Boro's 1.7M SF first phase, which broke ground last summer, will include 700 residential units and 260K SF of retail in addition to the office tower. Whole Foods signed on in May 2015 to anchor the retail, opening a 69K SF grocery store, its largest in the region.