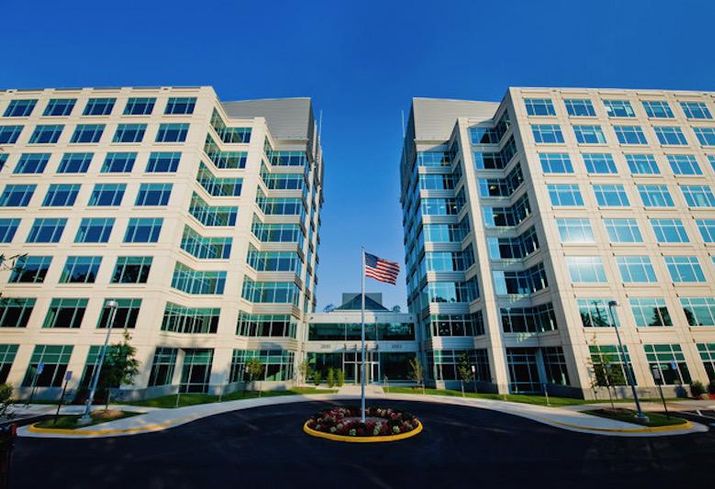 A Herndon-based federal government contractor has decided to move a few miles up the road into a new, 70K SF office.

The contractor plans to move in July 2019 from its office at 13873 Park Center Road in Herndon. The buildings, roughly 3 miles apart, both sit just off Route 28 to the east of Dulles International Airport. Dulles View is about a mile south of Dulles Toll Road and the future Innovation Center Silver Line station.

The two-building, 356K SF Dulles View development was built in 2008. The property features a two-story atrium with concierge service, a fitness center, cafe, a landscaped courtyard, private balconies and a communal lounge with a kitchen and billiards table.