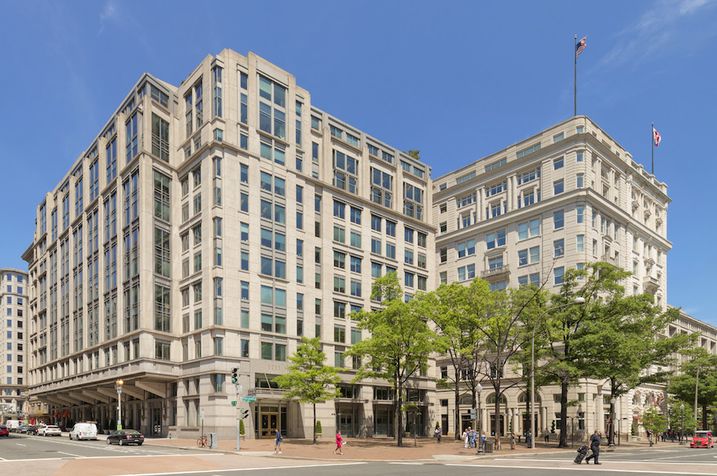 Courtesy of PRP
The office building at 1111 Pennsylvania Ave. NW

An office building four blocks from the White House has just traded hands in one of D.C.'s biggest sales of 2018.

The anchor tenant of the 337K SF building, law firm Morgan, Lewis & Bockius, renewed its full-building lease for 15 years last year, Dougherty said. The buyer secured $132M in financing from Santander Bank and Citizens Bank and has an equity partner, which Dougherty declined to name.

The 14-story building has amenities including a rooftop terrace and fitness center, and its ground-floor space includes West Wing Café and a Bright Horizons day care center. It underwent a full-scale redevelopment in 2002 and an interior renovation in 2007 when the law firm last renewed its lease. The acquisition fits in with PRP's investment strategy of buying office buildings that have long-term leases with quality tenants that it can hold for years.

"Morgan, Lewis & Bockius was a perfect example of something that's net lease, with an incredibly strong and profitable firm," Dougherty said. "It checked every box in terms of location, quality of building, tenancy, the whole thing." 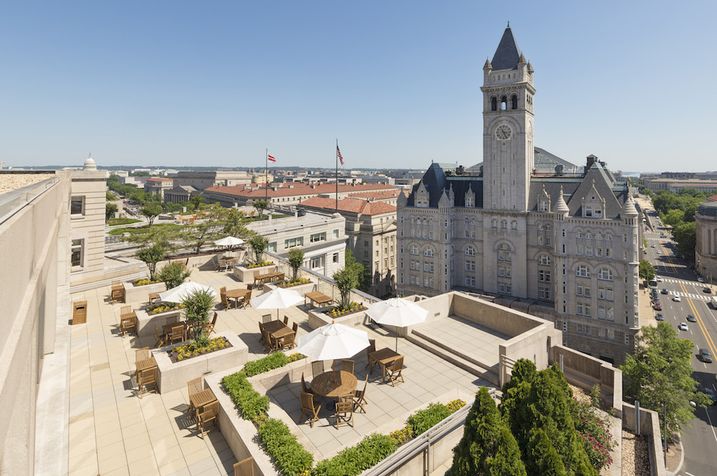 The building sits across the street from the Trump International Hotel and two blocks west of the J. Edgar Hoover Building. That block had been planned to be tapped for a mixed-use development once the FBI found a new home, but now could remain the FBI's headquarters following a General Services Administration reversal in which President Donald Trump appears to have been directly involved. Dougherty said he would prefer the FBI leave the site.

"What should go there is something more mixed-use in nature, something with a cultural component to it and arts and retail, something to liven up Pennsylvania Avenue," Dougherty said.

The deal appears to be the second-largest D.C. property sale of 2018 after Georgetown's Washington Harbor, which traded for $415M in July. The Pennsylvania Avenue sale, at roughly $1K/SF, is not the priciest per-square-foot sale of the year, but it is near the upper end of the market's pricing range.

It represents the third D.C.-area office acquisition this year for PRP, which continues to be an active buyer. In July, it acquired Arlington's three-building Sequoia Plaza office complex for $152M. In February, it paid $40M for two foreclosed Alexandria office buildings.

"We're looking around the country for net-lease assets," Dougherty said. "We're looking primarily for investment-rated tenants ... it's got to be a good story about the stickiness of the tenant, because we don't want to buy a building and find out they're going to vacate."