Tenants In Tysons Have Wanted More Parking, Not Less, Since Metro Opened

Tysons planners and developers have sought to get people out of their cars and encourage more transit use and walking by creating hubs around the four Metro stations that opened in 2014, but the office workers who call Tysons home have been slow to embrace the change. 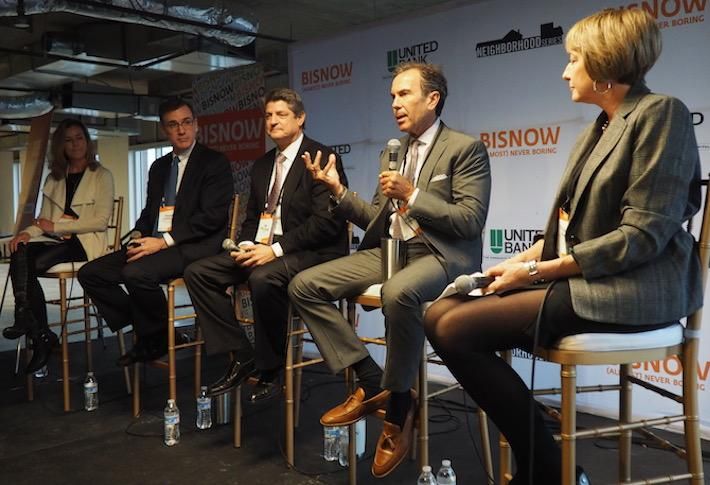 Ridership on the Silver Line lagged behind projections in its first few years, and companies are not only hesitating to reduce the number of parking spaces they use, they are actually asking some developers to give them more parking than before.

Tysons’ latest comprehensive plan aimed to encourage public transit use by setting maximum parking ratios around Metro stations, with the limits as low as one space per 1K SF within an eighth of a mile of the station, said Walsh Colucci's Elizabeth Baker, who moderated the first panel at Bisnow's Tysons State of the Market Thursday morning at 1600 Tysons Blvd.

The amount of parking office tenants in Tysons asked for had been shrinking until this decade, JLL Managing Director Brian Tucker said, with most not asking for more than two spaces per 1K SF. He expected tenant desires would continue to decrease with the opening of the Silver Line encouraging mass transportation use, but he said he has been surprised to see it move in the other direction.

“What really happened was the buildings got built, and, culturally, we had many changes in terms of how people used their space, and floors became more dense with people in open spaces," Tucker said.

"So now you have 30% more people on a floor than five years ago. And corporate real estate people said, ‘We know Metro’s here and all the millennials are supposed to take it, but we’re scared to death because most people are still driving. So not only do we need the old ratio of 3.2, we really need four. Can you give us four?' And we’re like, ‘Are you kidding me?''" 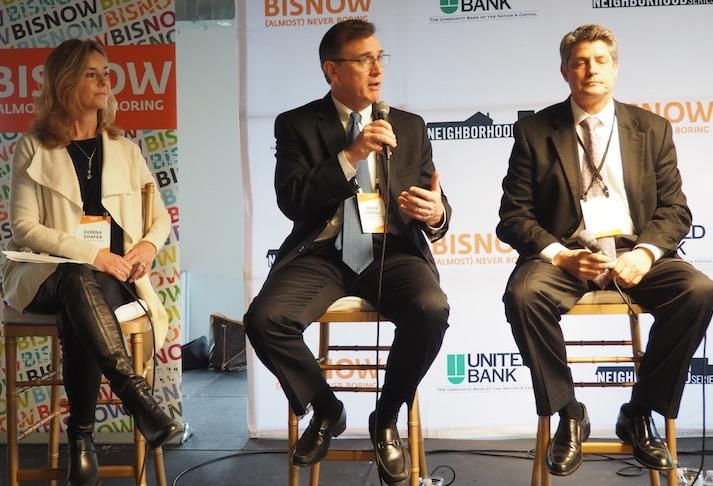 One of the founding characteristics of Tysons that shaped its growth was its location at the intersection of four highways: the Beltway, the Dulles Toll Road, Leesburg Pike and Route 123. But that convenience conditioned everyone who worked in Tysons to drive to the office, Skanska Executive Vice President Mark Carroll said, and habits are not easily changed.

“What was great about Tysons was always its accessibility and location, and it’s always been because people drove here and you can get access,” Carroll said. “Now we’re trying to change behavior because everyone drives. The planning and parking ratios are longer-term thinking, but we’re in that transition period.”

While developers agree it is smart long-term planning to focus on transit and limit parking, Cityline Partners Managing Director Donna Shafer said it is difficult in the short term to force tenants to cut back on parking when the senior decision-makers don't use public transit.

"The movers and shakers of big corporate tenants still drive cars and are not jumping on Metro to get to and from work just yet," Shafer said. "So if you're a head of corporate facilities, are you going to say, 'I'm going to make a decision for the future,' or 'I'm going to make a decision to please the folks in the big office so I get a bonus.' So decisions are still being made based on getting a lot of cars into the office."

Tenants acknowledge those parking spaces will likely be obsolete in the coming years, with the rise of autonomous vehicles and other forms of transportation, Shafer said, but they are not ready to sacrifice the spaces in the short term. So she is is exploring potential solutions to that contradiction, including stacking cars vertically and using a valet service.

One option Shafer said she has thought about for developers with large, multiphase sites is to build stand-alone parking decks that can serve buildings in the near-term and then be torn down for future phases, allowing them to offer more parking now without having to build permanent garages underneath buildings.

In addition to encouraging employees to use Metro, developers can also get people out of their cars by building walkable, mixed-use environments with housing options for people to live near their office. The developers behind The Boro are doing just that near the Greensboro Metro station. 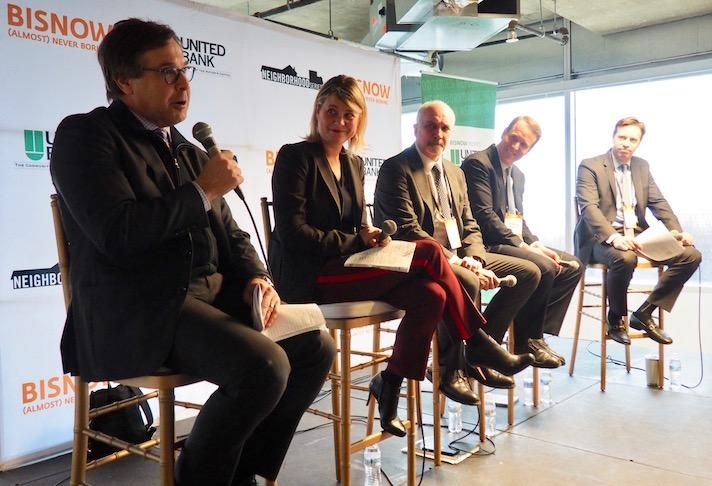 The Boro has succeeded thus far in drawing office tenants and condo buyers. Its 20-story Boro Tower is now 75% leased ahead of its delivery, with the latest lease a 14K SF headquarters for Alion Science and Technology, announced Tuesday.

The Meridian Group Chief Investment Officer Gary Block, who has been spearheading the 3.5M SF project for over six years, said signing Whole Foods for its largest space in the region was a game changer in creating momentum at the development. The Boro has also signed a ShowPlace Icon movie theater and a host of other food and beverage users.

"What we're trying to do is create a new paradigm," Block said. "We're creating reasons for people to stay at Tysons beyond 6 p.m."

The residential portion has also been filling up quickly. Kettler CEO Bob Kettler, whose company is building the apartments and condos at The Boro, said they have sold 75 of the 140 condo units in 10 months since marketing began. They have also been able to raise prices three times at the condo building, branded as Verse. About half of the buyers have been empty nesters, he said, with the other half split between young couples and single professionals.

"It's a going-away success," Kettler said. "The difference isn't as much the product as it is all the other intangibles, how it's going to live and what the amenities are. The Boro has as many amenities as any vertical construction built in this market ever."