One Big Question: Can The Silver Line Save Loudoun's Office Market? 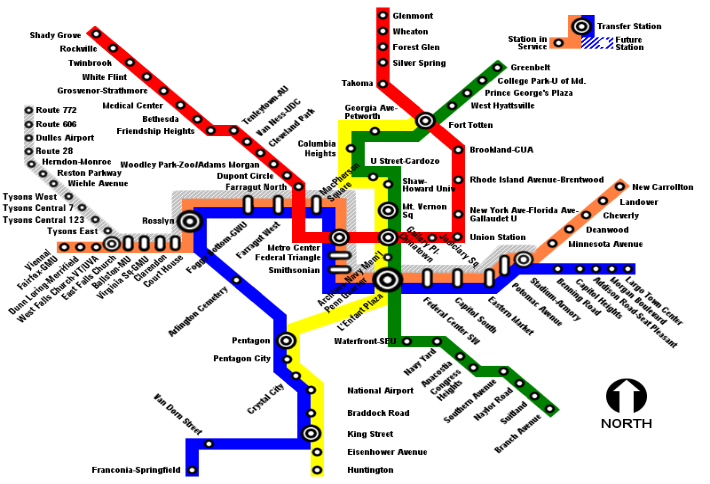 When the Silver Line opened to the public in 2014, it was the first time a new line was added since the Green Line opened in 1991. Phase 1 of the project added five new stations, expanding to stops in McLean, Tysons Corner, Greensboro, Spring Hill and Wiehle-Reston East. The addition of the Silver Line would make it possible for many people in Northern Virginia’s residential communities to seamlessly commute to their jobs in Arlington and Downtown D.C. without having to transfer.

Meanwhile, Phase 2 of the Silver Line is underway. This second and final phase, which broke ground on construction in 2014, will extend to station stops in Reston Town Center, Herndon, Innovation Center, Dulles International Airport, Route 606 and Route 772. The extension will provide more access from Loudoun County to D.C. than ever before, and developers hope it will also attract more companies to offices in the area.

At the end of Q1, Loudoun County had an office vacancy of 13.2%, lower than nearby Fairfax, Alexandria and Arlington, but there has been a lull in construction activity in the first few months of 2018. One reason for this lack of supply is Loudoun’s booming data center market. Several sites, once planned for office developments, are now being re-evaluated as potential data center sights, as industry giants like Equinix and RagingWire continue to set their sites on the area.

Local developers are attempting to overcome these hurdles by working alongside county officials to hit the ground running on several transit-oriented office complexes ahead of Phase 2 of the Silver Line delivery. For example, One Loudoun, a mixed-use development in Ashburn, is entitled for nearly 3M SF of office, in addition to apartment units and retail space. One Loudoun has worked with the county to offer a free bus service connecting One Loudoun to the Silver Line.

"When you look at the office market, we feel like there's some really good momentum, but it's not like there's a million major prospects on the trees," Loudoun County Economic Development Executive Director Buddy Rizer told Bisnow. "We are in the market every single day meeting with office users. Not every office user wants the same thing, and we're very fortunate we have a variety of products we can pitch. We're very confident in all of our developments we have underway."

Loudoun developers are also feeling the pressure to compete with similar communities in nearby Fairfax County. For example, companies have previously flocked to offices in Reston Town Center, attracted to its community feel and accessibility to D.C. But as the center becomes more expensive, many of these companies have been forced to look elsewhere.

Many developers are still not entirely sure what kind of demand they will see once construction on Phase 2 of the Silver Line completes. But by building offices in mixed-use communities and providing public transportation options to ease commutes, Loudoun developers are preparing for what could be the next big change in the market.