A Look At The Keys To H Street's Revitalization

When Insight Property Group's Rick Hausler wants to anticipate where the next hot corridor will be, he looks back 100 years. When the first movie theaters were opening in the 1910s, Rick says, the locations they chose say something important about what DC neighborhoods have the most promise. Rick will join other developers and city planners at Bisnow's Hottest Corridors event Oct. 6 at the Atlas Performing Arts Center on H Street. 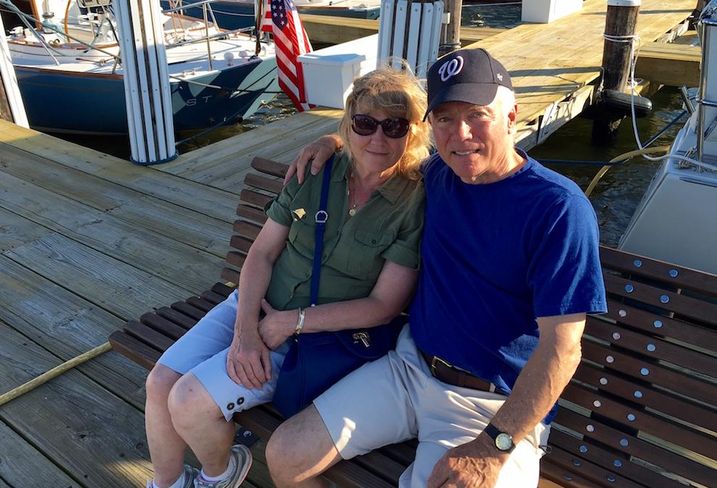 "There were three theaters on H Street, and later the Apollo and Atlas were added," Rick tells Bisnow. "That's where people were traveling, meeting, trading and living."

Rick, pictured above with his wife, admits he was skeptical about H Street, given the disrepair it fell into in the last few decades of the 20th century.

"We had heard starting in late '90s that the District was looking at this as a place for streetcars and as a place for revitalization," Rick says. "Some of us looked and asked, 'Is that really possible?'” 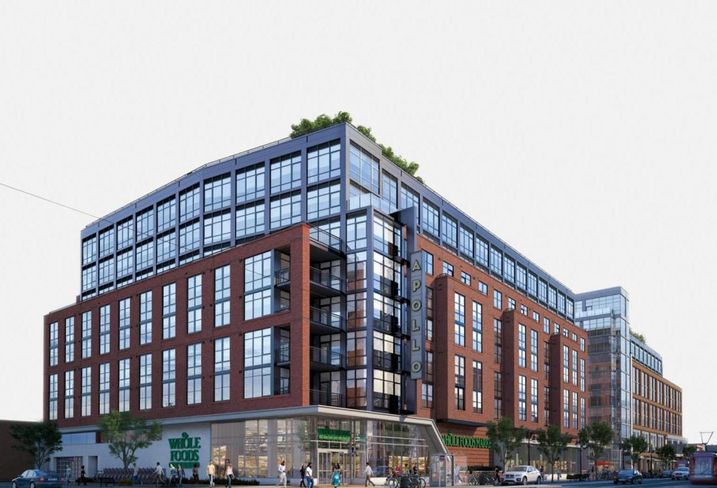 But Rick and the Insight team saw promising signs with growing property values over the next decade, and, in 2011, he decided to put his theory to the test. Insight bought the former site of the Apollo Theater, on the 600 block of H Street, for $10M. Shortly after, Insight purchased the adjacent site of H Street Self Storage to finish the block.

Five years later, Insight has begun pre-leasing on The Apollo, a 432-unit apartment building named in homage to the theater it replaced.

Tenants will move in November, and by the end of the winter, the 40k SF Whole Foods anchoring the building will open. The same way theaters picked the most lively spots to open a century ago, Rick says Whole Foods openings today are a major indicator of areas on the cusp of revitalization.

"It's like with theaters," Rick says. "They didn’t just pick a random corner, they said, 'This is a place where people will come and gather and shop,'... When Whole Foods commits to an area and says 'we’re putting our pin here,' there’s no question that sends a message to people, because their judgement is respected." 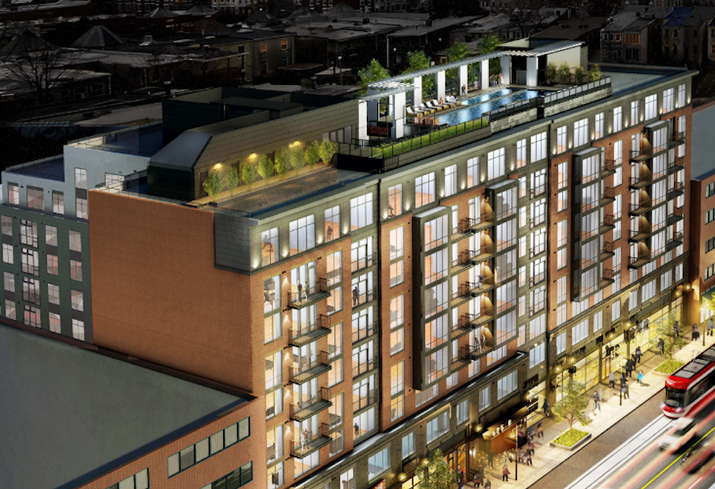 One block over from the Whole Foods, H Street will soon get its first Starbucks. The coffee shop will anchor Jair Lynch's Anthology, a 307-unit, mixed-use building at 625 H Street.

On a similar timeline to The Apollo, Jair Lynch bought the property in 2011 and plans to open it this fall. 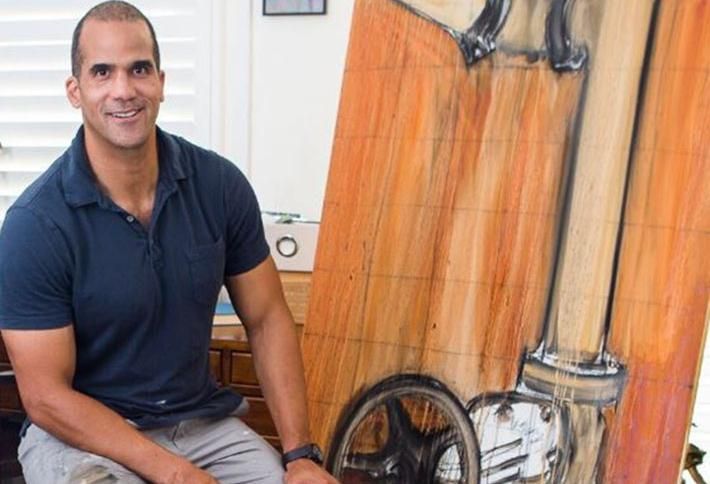 Jair Lynch VP of development Kevin Roberts has watched the corridor's revitalization up close. When he moved to DC in 2005, he saw quality undervalued housing stock near Union Station and Capitol Hill and, anticipating the area's rebound, he bought a house just off H Street.

Before all of the recent development, Kevin says he saw the corridor coming to life when popular restaurants like The Argonaut, Dr. Granville Moore, and the Rock and Roll Hotel opened up.

"That was the first confirmation that this street has been overlooked and something is going to happen, it's going to change," Kevin says.

Kevin says because of the area's location and history, it was bound to come back to life at some point, but he credits the city for boosting that revitalization with investment in a streetcar that goes from Union Station down H Street to Benning Road.

"The investment the city does is partly the physical permanent improvements, but it's also a spotlight," Kevin says. "The railcar doesn’t go that far, but it’s a giant spotlight; they are investing in what people have started here and giving people more confidence."

The streetcar has averaged between 2,400 and 2,700 riders per weekday since its February opening, according to monthly reports. 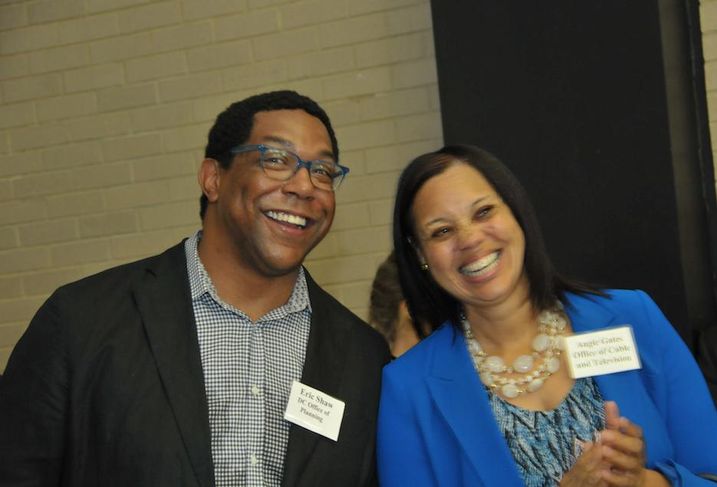 DC Office of Planning director Eric Shaw says the streetcar helped boost confidence, but he also points to the emergence of successful small businesses as a turning point for H Street's revitalization.

"The switch to me was when we saw small and local business grow," Eric says. "The Atlas theater, restaurants and bars, getting that critical mass."

Eric, who will also speak at the event, says having a booming corridor in Northeast DC will benefit surrounding areas.

"It's an anchor connecting Capitol Hill to Union Market," Eric says. "Also going east across the river, it's a hinge point to bring together a lot of different neighborhoods."

Several other developments are in the works on H Street that will deliver in the next few years. Rappaport and WC Smith broke ground in July on the H Street Connection, a 419-unit mixed-use building on the 900 block of H Street. Douglas Development has a 30-unit mixed-use project in the pipeline for the 500 block. MRP Realty has plans for a 112-unit apartment with retail on the 300 block. 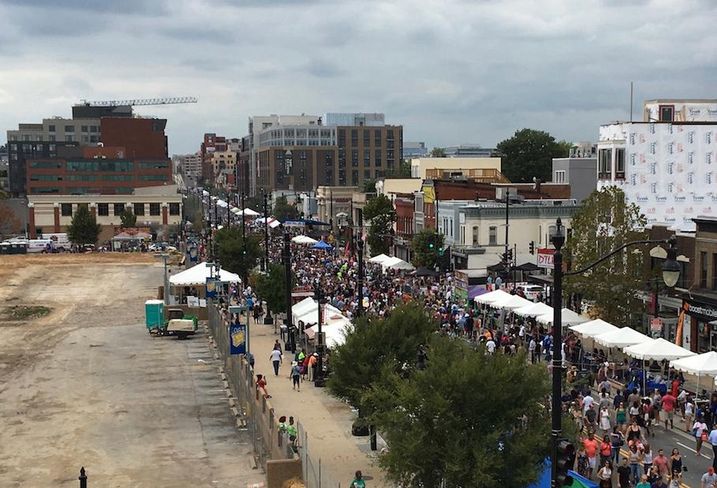 Residents from around DC got a look at everything happening on H Street this weekend, when thousands flooded the corridor and 10 blocks were closed off for the annual H Street festival on Saturday.

The construction site on the left is for Rappaport's H Street Connection, and the big apartment building a few blocks down on the right is The Apollo. Rick says Insight used this as an opportunity to introduce The Apollo to potential residents.

"Its certainly good to see H Street that way," Rick says of the festival. "It doesn’t look that way 365 days a year, but the festival showcases all the fun stuff happening on the street."

Kevin looks forward to the completion of all these developments, when the corridor he has called home for a decade will cement itself as one of DC's most popular destinations.

"It will rival 14th and U," Kevin says. "We are going to be equal to them in terms of amenities and building stock and experience, but we're on the eastern edge so it will feel more like a robust village and less like a dense city."

Hear more about H Street and other spots like it at Bisnow's Hottest Corridors event Oct. 6.