The hotbed of D.C.'s development wave, the Capitol Riverfront neighborhood leads the city with nearly 2,000 apartments delivering this year and has multiple office buildings under development. 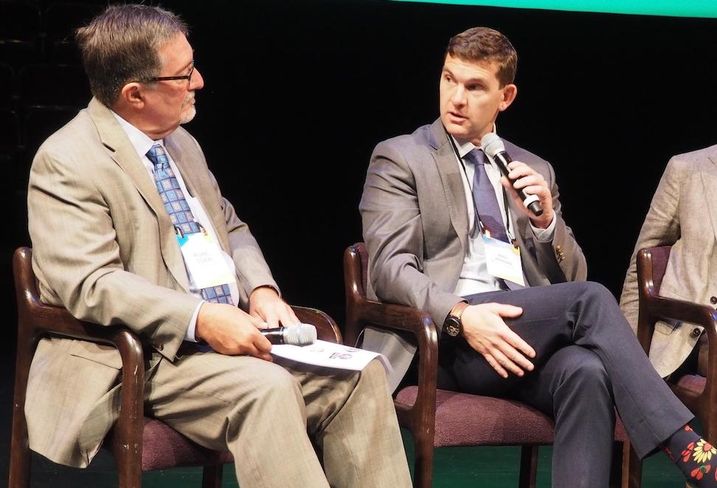 The neighborhood's top developers, speaking at Bisnow's Capitol Riverfront and The Yards event Wednesday, dismissed concerns of overbuilding and said multifamily absorption is strong while office activity has picked up this year.

The Capitol Riverfront, Capitol Hill and Southwest D.C. submarket delivered more than 1,500 units in the second quarter of 2017 alone. Capitol Riverfront has 2,500 units of residential under construction, with another 2,500 in the pipeline, BID President Michael Stevens said. In the next two years, the neighborhood expects to double its population from 7,300 to more than 14,000 people, Stevens said.

With two residential buildings under construction just north of Nationals Park, JBG has a lot riding on the neighborhood's success. Its 291-unit project at 1221 Van will begin welcoming residents this fall, and its 465-unit West Half project across the street will deliver in 2019.

JBG principal Andy VanHorn said that while the surge of apartment supply could put some downward pressure on rents, the construction boom will benefit the neighborhood in the long run.

"The worst thing you can have in a neighborhood is holes in the urban fabric," VanHorn said. "It’s part of the process of the neighborhood’s cycle that we’re building a lot, and I think it’s great to get the urban environment complete and then let it mature." 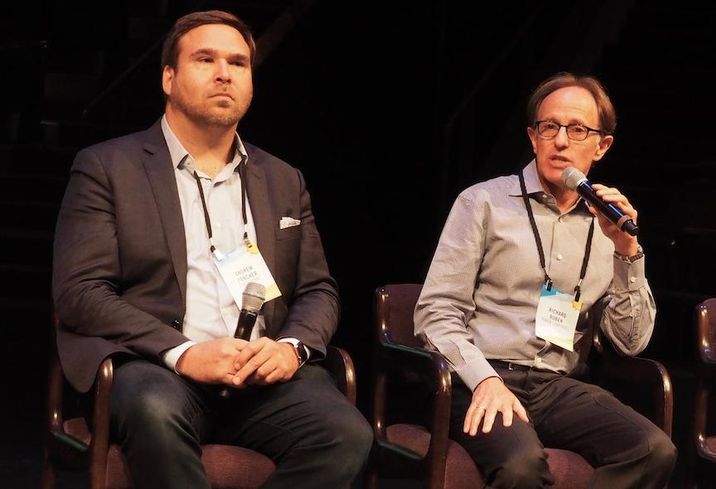 The apartments that have delivered in the neighborhood this year are leasing up very quickly. Ruben Cos.' 383-unit One Hill South project opened to residents in March and is already two-thirds leased, CEO Richard Ruben said.

Along with its partner Related Cos., Ruben said his team is designing the project's 300-unit second phase and plans to break ground in about one year. He said banks have begun to cut back on construction lending in recent months, which will slow down the pace of development.

"In three years when we deliver [Phase 2] we’re going to be saying ‘remember when there was so much supply around here? Now you can’t find anything,'" Ruben said. "So I’m very bullish about the supply and demand in the neighborhood."

On the retail front, the neighborhood has continued opening new restaurants and has destination-worthy venues on the way.

The Salt Line, a seafood restaurant that opened June 1 at MRP Realty's Dock 79, has become a summer hit for D.C. residents and got a rave review from Washington Post food critic Tom Sietsema. Dock 79 will soon welcome Dacha, the second location of the popular Shaw beer garden.

MRP principal John Begert, who spoke at the event, said the 305-unit apartment building has fully stabilized since opening last summer, and MRP is planning to start construction next year on the 253-unit Phase 2.

The neighborhood recently landed Punch Bowl Social, a bowling and entertainment restaurant venue, which plans to open in 2019 at Jair Lynch's 1250 Half St. SE project.

Streetsense Director of Retail Strategy Andrew Poncher said retailers coming to D.C. from cities like Chicago, Philadelphia and New York are beginning to target Capitol Riverfront as their top choice.

"It’s really interesting to see people coming from Manhattan on the retail and restaurateur side," Poncher said. "We tour them all over the city, every single submarket, and really Capitol Riverfront is the place they want to be." 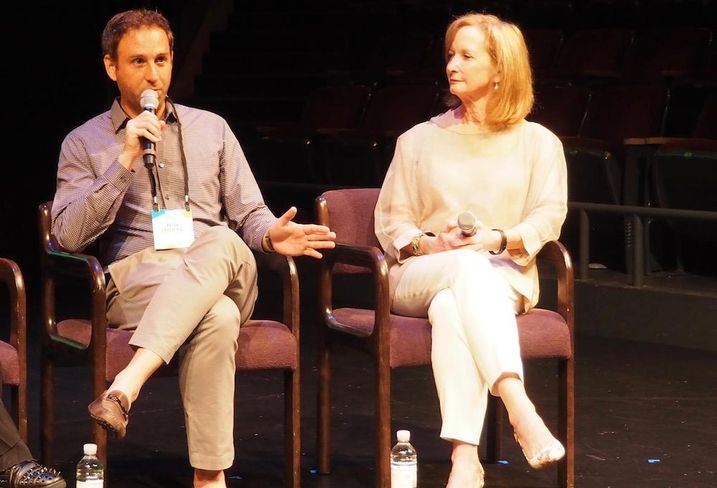 Brian Leventhal made that calculation with his decision to open District Winery in the area.

Leventhal opened Brooklyn Winery in the Williamsburg neighborhood of New York City in 2010, creating a concept that combines urban winemaking with a full-service restaurant and space for events.

As he looked to open a second location, Leventhal said he considered cities around the country and was "enthralled" by the activity happening in D.C., making it an easy decision. Then as he explored the city's submarkets, he was introduced to Forest City and fell in love with The Yards. The 49-acre development had a site along the Anacostia river where Leventhal decided to build a 17K SF build-to-suit facility for District Winery.

“Everything about it was perfect," Leventhal said. "We didn’t consider any other spaces.”

Leventhal, who now lives at The Yards, said his team is aiming to open the venue by September but has not set an exact date.

"The nature of the park and the people it attracts makes for an entirely different atmosphere," Ratner Salzberg said. "The other thing is we have all of these retailers, these are our amenities. This is why residents want to come and why office workers are beginning to look at The Yards." 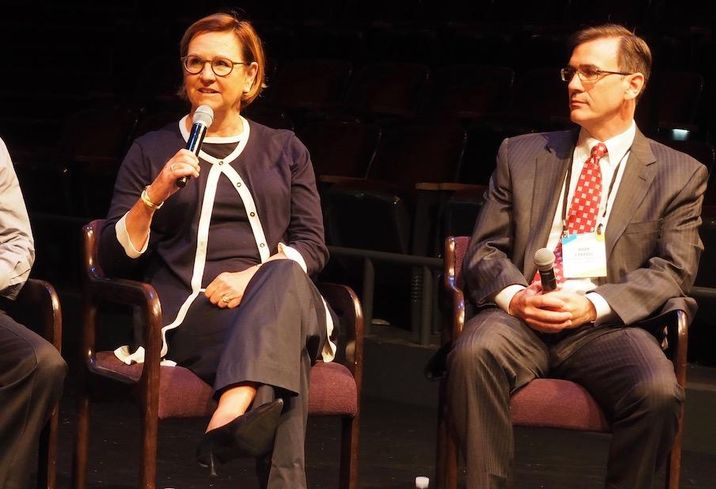 Developers have seen a noticeable uptick in the neighborhood's office activity in recent months.

Brandywine Realty Trust is courting anchor tenants for 25 M, the 275K SF office and retail building it has planned with Akridge one block from Nats Park. Senior Vice President Janet Davis said Brandywine is waiting to get the building 50% leased before breaking ground, but she is feeling optimistic.

“The level of interest in the office at our project has increased in the last six to nine months,” Davis said.

Skanska Executive Vice President Mark Carroll agreed with her assessment. Skanska is building 99 M, its 220K SF office next door to Brandywine's site, on a speculative basis. Carroll said he will soon be able to announce tenants Skanska is working on signing at the building. He said they are not the type of tenants one would typically expect in the submarket and they will fill the lower portion of the building first, unlike most of D.C.'s office buildings.

“About nine months to a year ago it felt like the tides were turning," Carroll said. "Not only in the neighborhood but also in the market. The velocity of calls and interest was really increasing."

As BID president, Stevens said he has been involved in some discussions with potential office tenants, and he agreed activity has picked up recently.

"I have not seen this high an activity level in years and years," Stevens said.