One year ago, tenants of the G Street Apartments in Southeast D.C.'s Marshall Heights neighborhood were living in squalor. 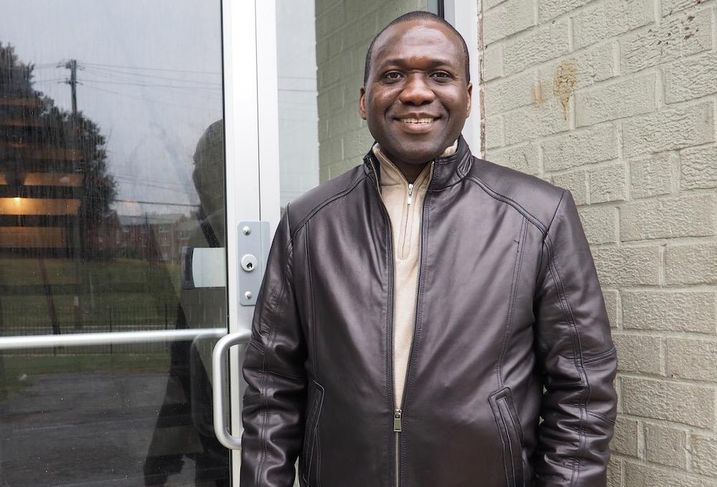 Their building, then owned by notorious landlord Sanford Capital, was the subject of a Washington City Paper investigation headlined "Life is Hell for Tenants of Giant D.C. Slumlord Sanford Capital." The report, which ultimately led to lawsuits from D.C.'s attorney general and Sanford pulling out of the D.C. market, shined a light on the decrepit conditions of the property.

Tenants complained of apartments that smelled like mold, which they believed was causing illnesses, and feces-filled bathtubs resulting from overflowing sewage.

The property is now undergoing a renovation that will improve the security and living condition of the apartments, a project that shows a new generation of D.C. landlords is emerging that aims to do away with the slumlord reputation of the city's past.

Sanford, beginning to unload its entire portfolio, in December sold the property to Dr. Yusuf Mosuro. A Nigerian-born physician with a home in Bowie, Maryland, Mosuro rehabilitated a similar property at 2833 Georgia Ave. NW and sold it, using the sale to execute a 1031 exchange to buy the G Street property.

Mosuro acquired the G Street Apartments, a four-building, 45-unit complex at 4951-5957 G St. SE, for $4.5M. Marcus & Millichap First Vice President Cameron Webb and associate Jesse Mates brokered the sale, and Marcus & Millichap Capital Corp.'s Adam Scherr arranged the financing, an acquisition and construction loan from Washington Capital Partners. Mosuro put $600K of his own equity into the deal, in addition to the $1.6M of proceeds he transferred from the 1031 exchange.

"The condition was very bad," Mosuro told Bisnow. "We had a drug-infested neighborhood with a lot of people squatting and hanging out." 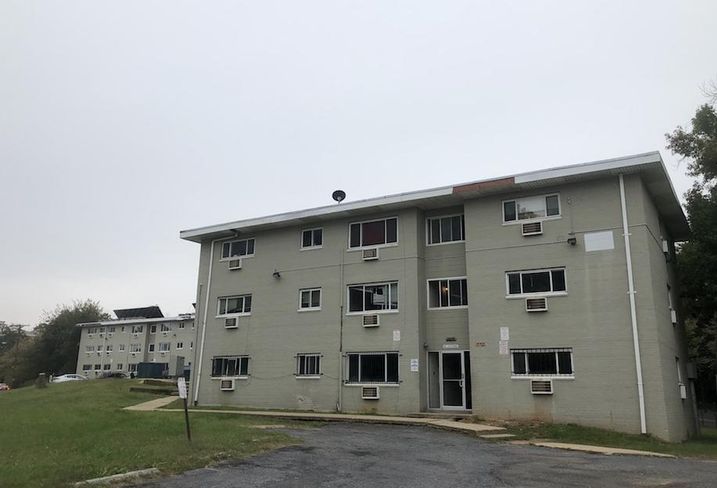 Hodge Construction's Chris Hodge, a contractor working on the renovation of the property, remembers the poor condition he encountered upon entering the building.

"Imagine a house that was vacant for 20 years with bottles, dog feces and literal pit bulls guarding drug stashes," Hodge said. "It was really, really bad."

Mosuro set out to rehabilitate the property, and his renovation is now being completed in phases. Tenants have occupied the 12 units in the 4955 G St. SE building, including two who lived in the building when Sanford owned it. Mosuro has seven leases signed for the 4957 G St. SE building, and he expects to move tenants in after an inspection Friday.

The $1.5M renovation efforts have focused on improving the security of the building and the condition of the units.

For security, Mosuro put up a fence around the property with two access points, installed new glass doors that will have key FOBs, and added security cameras and flood lights. He retained Tribeca Management to manage and lease the building and instituted stricter background checks than were previously in place. The company also has a phone line tenants can call at any time with issues. 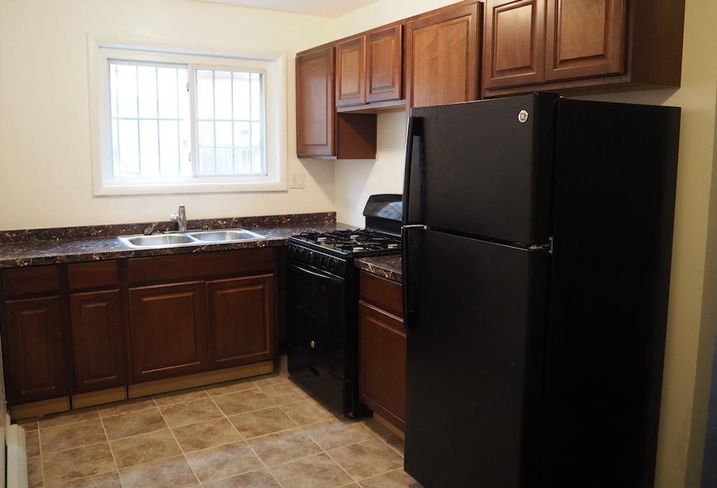 Bisnow: Jon Banister
The kitchen in a three-bedroom unit at 4955 G St. SE

Inside the units, Mosuro installed hardwood floors in the living rooms, tile floors in the kitchens and bathrooms, and carpeting in the bedrooms. He put in new kitchen cabinets and appliances, new bathroom sinks and toilets, new windows and air conditioning units.

The buildings consist of 10 four-bedroom units, 23 three-bedrooms, six two-bedrooms and six one-bedrooms. Four of the first-floor units will be accessible for the disabled, with lower cabinets to accommodate wheelchairs. The tenants are part of D.C.'s Housing Choice Voucher Program, which is funded by the Department of Housing and Urban Development and sets the monthly rents they pay. 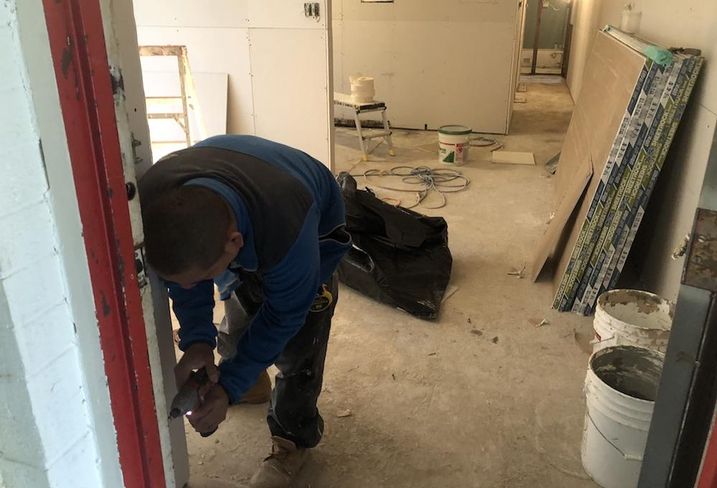 Mosuro also spent $180K to install new roofing. He used AMCO as a general contractor and Hodge Construction. He expects to complete the renovations in January. Once the renovations are finished and the tenants move in, he plans to refinance the building.

Scherr, who arranged the financing, said Mosuro's efforts show that the mindset is beginning to change among D.C. landlords.

"There's a newer breed of investors who know if we give quality of living, it's a win-win versus the slumlord mindset D.C. has had over the years," Scherr said. 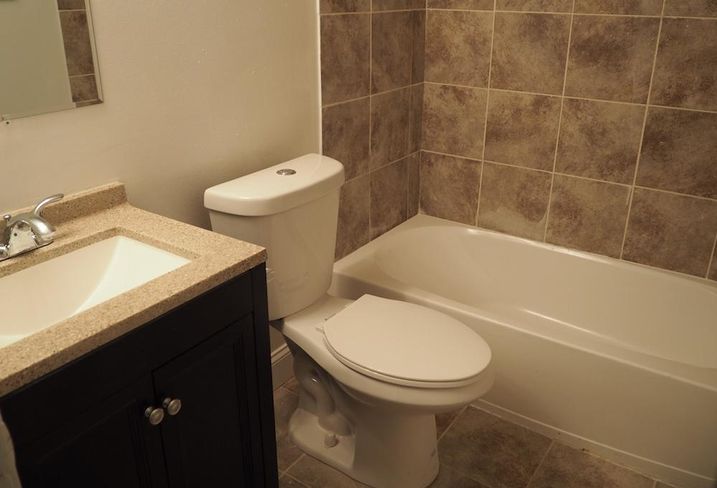 Bisnow: Jon Banister
The bathroom in a three-bedroom unit at 4955 G St. SE

Mosuro plans to keep investing in buying and rehabilitating D.C. properties. He expects the growth that is beginning to take place in Anacostia and Congress Heights to extend further east, eventually reaching neighborhoods such as Marshall Heights that border Prince George's County, Maryland.

"There is still opportunity in Southeast," Mosuro said. "D.C. is expanding, but there's no space to expand to. It's happening in Congress Heights and Anacostia. Ten years ago, 14th Street was like this area."