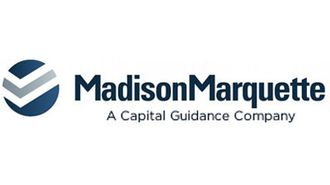 What Trump's First 100 Days Tell Us About Foreign Investment In U.S. Real Estate

With the Trump administration approaching the milestone of 100 days in office, there has been some time to assess the impact of the new presidency on foreign investment in U.S. commercial real estate. Madison Marquette chief operating officer and senior managing director, investments Peter Jun has been following closely, and shared some of his thinking in a recent interview.

Bisnow: What's your biggest takeaway from the regulatory climate under President Donald Trump so far, with regard to flows of capital and foreign investment in U.S. CRE?

Peter Jun: With growing uncertainty in Europe and Asia, the U.S. remains a very attractive real estate market for global investors. The relaxation of FIRPTA in 2016 created additional incentives for foreign pension funds to invest here in America, further mobilizing capital for investment and development projects throughout the country. Trump has signaled interest in lessening regulatory barriers across many industries, including real estate, and this appears to be contributing to the already strong fundamentals. So far, the administration has said and done nothing to indicate that it does not welcome inbound foreign investment. AFIRE, the leading industry association that tracks foreign investment in U.S. real estate, indicated in its latest survey that the U.S. continues to be the country offering the most stable and secure opportunities by wide margins. We share the optimism, but many foreign investors are further sharpening their investment strategies to better balance their risk-return prospects going forward.

Courtesy: Southwest BID
Aerial view of construction at The Wharf

Bisnow: What's the big story for foreign investment in U.S. CRE in 2017, if you were to distill it? For much of the last few years, it was largely about Chinese money going to the gateways. Foreign pension funds have played an increasingly robust role. Are these trends continuing in 2017?

Peter Jun: As president Xi Jinping’s tight controls to slow the pace of capital outflow continues, the yuan’s departure from China has trickled to a crawl, and other foreign investors are trying to jump in to fill the current void. For example, institutional investors from Korea, faced with an ongoing low-yield investment outlook domestically, have dramatically increased their overseas alternative investment allocations, particularly in real estate, and foreign investors from countries like Germany, Japan, as well as Middle Eastern nations like Saudi Arabia and Qatar have also become much more active recently. The United States remains a safe haven in volatile times and confidence in our fundamentals is leading foreign investors to explore secondary markets, although with such enhanced activity, cap rates in leading secondary markets are beginning to come down. We do expect foreign pension funds to continue playing a robust role, particularly through REITs or similar passive vehicles.

Wikimedia/Americasroof
The New York Palace Hotel, which sold in 2015 for a record $805M to the South Korean firm Lotte Group.

Bisnow: Geopolitically, is there concern that in certain regions — the Korean peninsula comes to mind lately — investment in U.S. CRE may be impacted by some of the things the Trump administration says and does regarding its foreign policy?

Peter Jun: Yes, but it’s a bit complicated. South Korean institutional investors have been following a pattern of increased overseas allocation for U.S. real estate for a number of years now, after a sudden drop for a few years after the 2008 recession. South Korean investors are generally quite risk-averse, and this conservative approach to investing typically leads them to invest in high-quality core assets in top markets. These trends seem to be continuing in 2017, despite [an] uncertain political landscape in Korea, as Korean pension funds and financial institutions find it difficult to meet their investment yield requirements without increasing allocations to overseas alternative investments. While the entire country stays keenly focused on and is sensitive to [the] Trump administration’s policies, words and actions, they find it difficult to avoid U.S. CRE markets, especially when European alternatives are not as appealing. This does not mean, however, that South Korea has forgotten about lessons learned from the 2008 crash and they will definitely continue to move cautiously. However, if the South Koreans begin to feel that U.S. policies, whether they be about trade or security, will hurt them somehow, their investment policies can change quickly.

Bisnow: Any other thoughts?

Peter Jun: As foreign direct investment in U.S. CRE continues to grow, we expect that the real estate sectors that attract foreign capital will also continue to broaden. The multifamily and office sectors, as well as industrial and hospitality for certain investor groups, have typically enjoyed the most attention and capital from foreign investors, but many foreign institutional investors are becoming more savvy and less afraid of venturing into historically less familiar territories like multi-tenant urban retail assets, mixed-use opportunities in emerging infill markets in search of better capital appreciation opportunities and, in some cases, publicity. We believe major urban gateway markets will continue to attract more foreign capital, but well-located high-quality assets in fast-emerging secondary markets are also being noticed by foreign institutional investors.

We are thrilled Madison Marquette has joined us as a founding partner of our Bisnow Beltway Bash, to be held at the TAO Nightclub in the Venetian on Monday, May 22, from 5:30-7:30 p.m. in Las Vegas. Register here.