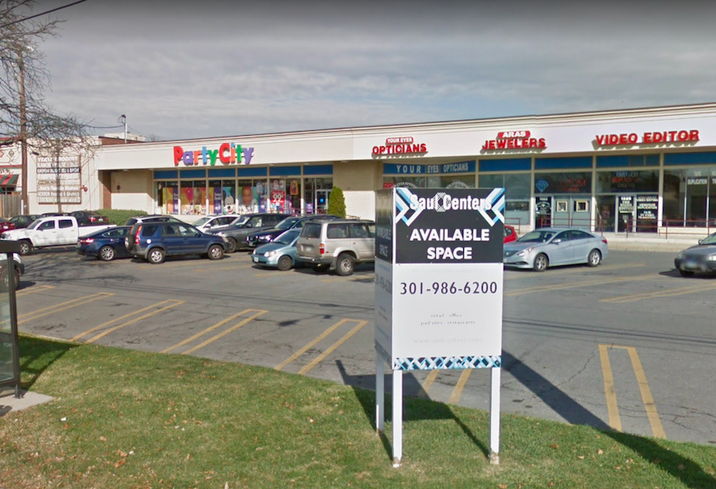 An 18-acre Rockville Pike site with strip mall retail and surface parking could soon be home to a major, 2.8M SF mixed-use development.

Bethesda-based REIT Saul Centers filed an application this month to develop the site into 10 mixed-use buildings with up to 1,865 residential units, Bethesda Magazine reports. Saul Centers declined to comment on the proposal.

The property includes six retail parcels at 1500-1616 Rockville Pike, roughly half a mile north of the Twinbrook Metro station. Its current tenants include Party City, CVS and Sheffield Furniture & Interiors.

The application calls for up to 2.8M SF of total development, including 431K SF of office, 473K SF of retail and a 9K SF theater. The 10 buildings would range from 20 to 180 feet tall. The development would include a 1.1-acre park.

The project would also extend Chapman Avenue, the street fronting the Twinbrook Metro station, to cut through the site. Three of the project's buildings would sit to the north of the street.

Saul Centers is working with architect Torti Gallas + Partners. The development team has a meeting scheduled with the Rockville Development Review Committee on Sept. 28.

The Bethesda-based developer also has plans for a five-building Rockville Pike mixed-use project near the White Flint Metro Station and a 491-unit mixed-use building in Ballston, where it landed Target as a retail anchor.