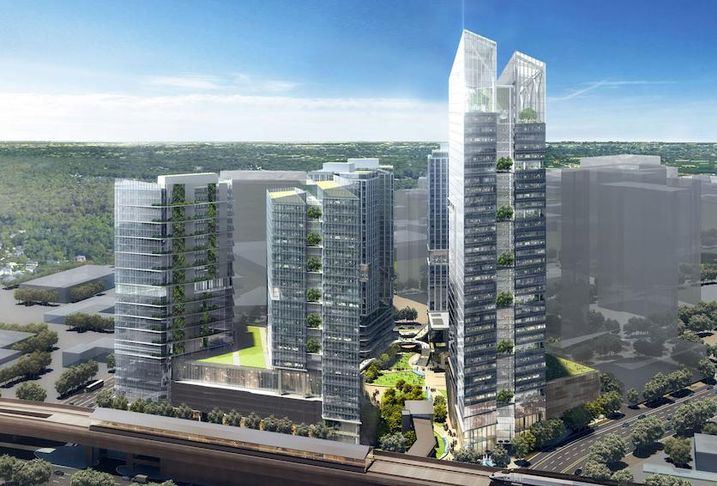 Clemente Development last year submitted a plan for a 3M SF Tysons development that would include the region's tallest tower, and now it is making major changes to that plan.

The developer's new plan still retains the 600-foot-tall tower, but switched it from a mixed-use building with condo, hotel and retail to a 921K SF office building, the Washington Business Journal reports.

At the top of the tower, Clemente has also added a 27K SF rooftop garden. The building would eclipse the Washington Monument in height, surpass the new Capitol One headquarters as the D.C. region's tallest commercial building and be taller than any other building south of Philadelphia and north of Charlotte.

"To be an iconic building, you can’t be just as tall as all of the other buildings," Clemente President Jacqueline Cheshire told Bisnow last year. "We hope people will recognize this building nationally and it will put Tysons on the map."

The development would cover more than 8 acres near the Spring Hill Metro station in Tysons. It would also include two additional office towers, two residential buildings, and one building that combines condo and hotel and includes ground-floor retail. The revised plan increases the size of the civic plaza and green space in between the buildings and would include a major arts component with multiple indoor and outdoor theaters.

In June, Clemente retained the Transwestern team of Phil McCarthy, Alex Hancock, George Vogelei and Tom Rogers to help it lease the office space. The developer still needs Fairfax County approval, but it hopes to break ground in 2019 and deliver in 2021.