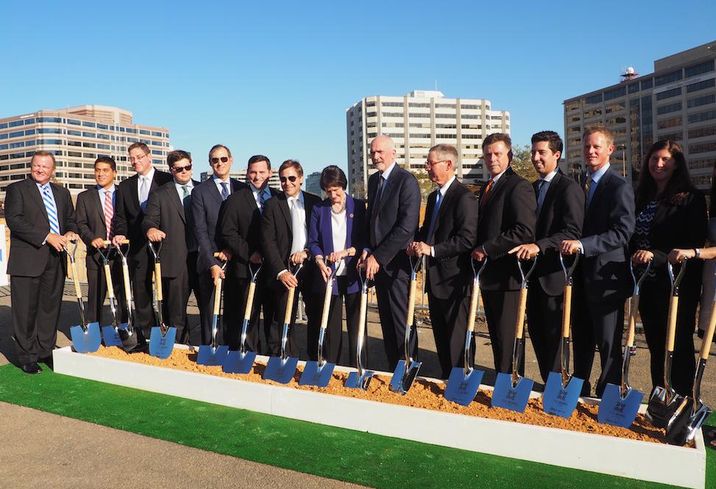 The Meridian Group, Kettler and their partners gathered in Tysons Wednesday to celebrate the region's largest groundbreaking of 2016, the 3.5M SF mixed-use development called The Boro.

At full build-out, the 15-acre development on the former SAIC campus will include more than 1,500 residential units, 1.3M SF of office and 400k SF of retail, including a 70k SF Whole Foods, the largest in the region. 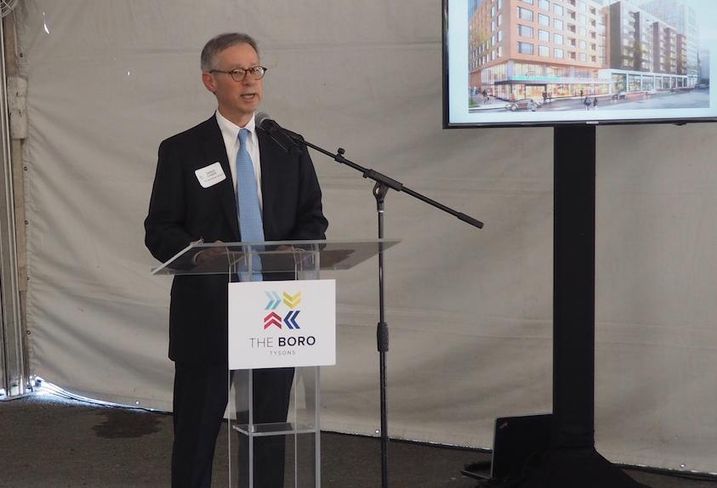 The partnership in June signed Tegna to occupy 60k SF at the 20-story Boro Tower. Meridian Group president David Cheek says he is confident in The Boro's ability to attract more office tenants.

"We underwrote it conservatively," David told Bisnow during the event. "It’s always a question of how the office market absorbs, and in the case of the office building, we’re prepared to go spec."

David says the project's 15-acre footprint allows the partnership to build an "iconic and transformational" development.

"What was lacking in Tysons, we thought, was a true town center, an urban environment, a live/work/play type of place," David says. "What we designed and planned is a walkable community. It's going to be a grid of local streets, four blocks with pedestrian-friendly walkways and streetscapes so it will be a gathering place." 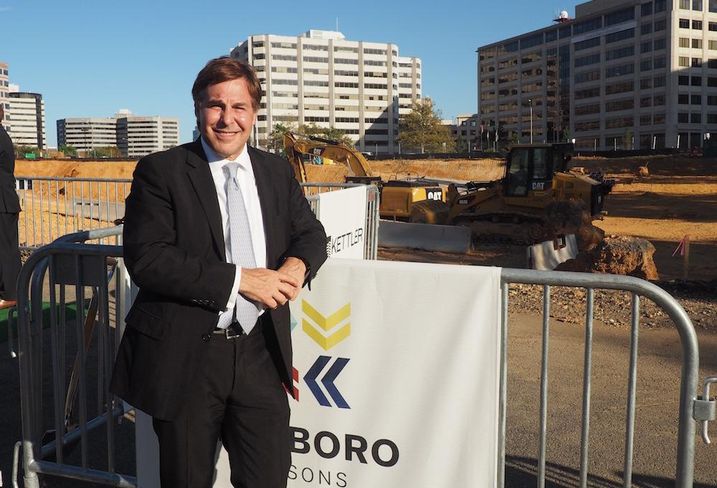 Meridian Group managing director Gary Block, who will be a panelist at Bisnow's Major Projects event on Sept. 29, says the Tysons area has been in need of a project that provides the residential density The Boro has in store.

"Tysons is already the 11th-largest office market in the country," Gary tells Bisnow. "It already has the infrastructure built in, but it doesn’t have the residential, it doesn’t have the street retail that it has been really longing for for many years. What we’re doing is transforming Tysons into what it really needs to be." 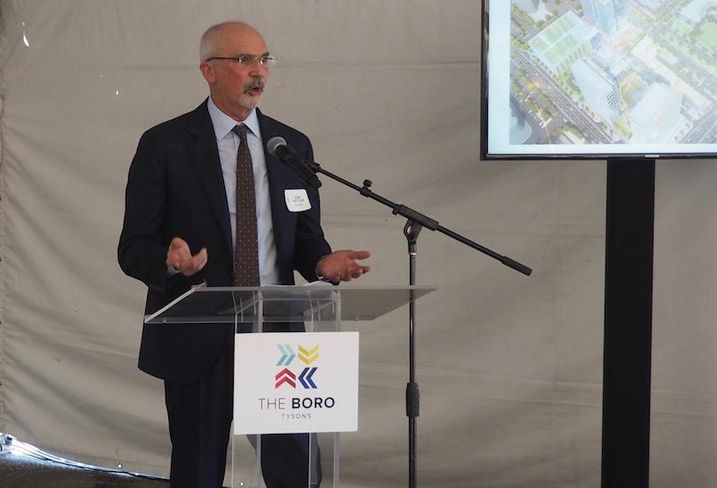 Bisnow: Jon Banister
Kettler CEO Bob Kettler at the groundbreaking of The Boro in 2016

Bob Kettler—who's building the residential in the project as part of the JV—says he is confident in the area's multifamily absorption numbers and expects The Boro to attract an older demographic to its residential component.

"There’s going to be a particularly strong older market here because of just the demographics of Northern Virginia and Fairfax County in particular," Bob tells Bisnow. "There are really no housing options for empty nesters and Baby Boomers, and they’re sort of waiting for something to happen. I think our entrance into the market at this particular time is excellent timing." 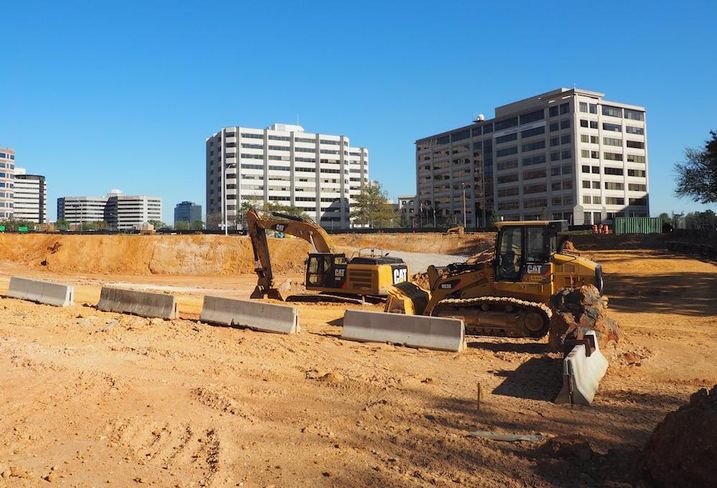 Davis Construction began working on the site earlier this year, and, before getting started on Phase 1, demolished an existing office building at 8301 Greensboro Drive in June. Clark Construction and Skanska will take over to build vertical- Clark on the residential side and Skanska on the office and theater side.

The $800M first phase will have 677 residential units, 450k SF of office, 250k SF of retail and entertainment space, and three parks. 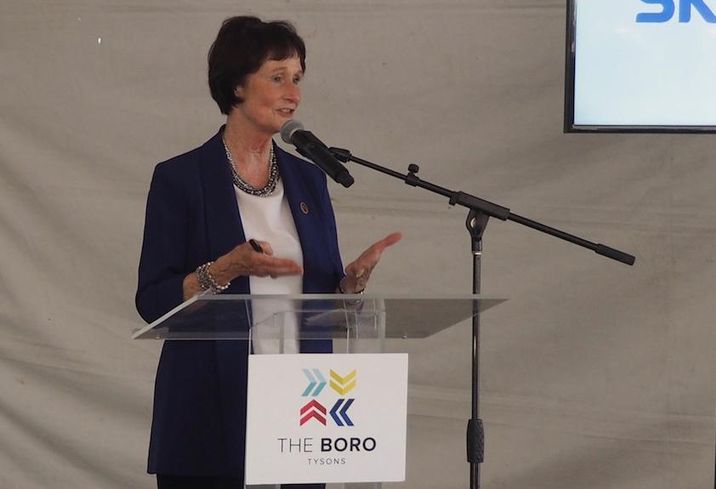 Fairfax County Board of Supervisors chair Sharon Bulova praised the developers for working with the county in the project's planning stages.

"This represents a sea change in the relationship between the development community, the business community and the county in making something happen together," Sharon said. "There was a time in Fairfax when land use was reactive, but that’s not the case here in Tysons. That couldn’t be the case in order to build what’s being built here today."