A Herndon site that was approved for over 2M SF of development in 2005 is finally moving forward with residential components as the landowner continues to wait for demand for the high-rise commercial portion along the Dulles Toll Road. 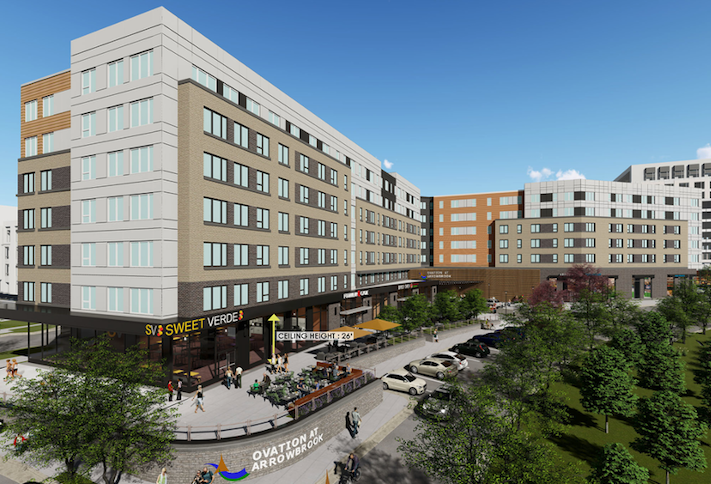 The owner of the Arrowbrook Centre development site near the future Innovation Center Metro station reached a ground-lease deal with SCG Development, which plans to build a 274-unit workforce housing project on a 4.6-acre portion of the site.

The Fairfax County Board of Supervisors in February approved a $7.8M loan to help SCG finance the project. Guy Gravett, an Arlington-based broker who represents the landowner, said the project is expected to break ground next year and deliver in 2022.

Gravett is working to lease the 36K SF of retail space planned in the building, which is branded as Ovation at Arrowbrook. He said he would like to bring in a specialty grocer, restaurants and service retailers.

"It is important to create a walkable, mixed-use community with amenities," Gravett said. "It's an evolution of creating a cool place to be. The important part is that people want to live there."

The Arrowbrook Centre development site, near the intersection of of the Dulles Toll Road and Centreville Road, is owned by the Ruth and Hal Launders Charitable Foundation. The Launders family has owned the property since 1947 and operates it through the entity Arrowbrook Centre LLC.

The owner received Fairfax County approval in 2005 to build 2.2M SF of development on the site. It went back to the county in 2015 to change the plans and add about 280K SF to the overall development. 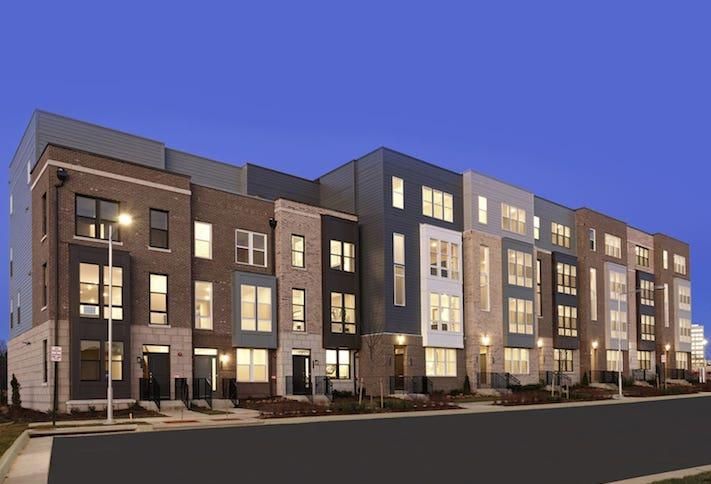 Pulte Group
A rendering of Pulte's MetroPark at Arrowbrook homes

The landowner has also sold portions of the site to Pulte Homes, which is in the process of developing townhouse and condo projects. Pulte in December closed on the acquisition of a parcel where it is constructing three mid-rise condo buildings totaling 96 units.

Pulte is now under contract for an adjacent 1.5-acre site where it plans another 32-unit condo building and 10 townhouses. The development team recently filed plans with Fairfax County for that site.

Previously, Pulte acquired two additional pieces of the Arrowbrook site, where it built a combination of townhouses and stacked condos totaling 145 units. Pulte is marketing homes for sale on its website branded as MetroPark at Arrowbrook, with two- to four-bedroom units starting at $509,990.

Despite the residential components moving forward, the owner of the site has not reached any deals for the high-rise, commercial portions of the site planned along the Dulles Toll Road. 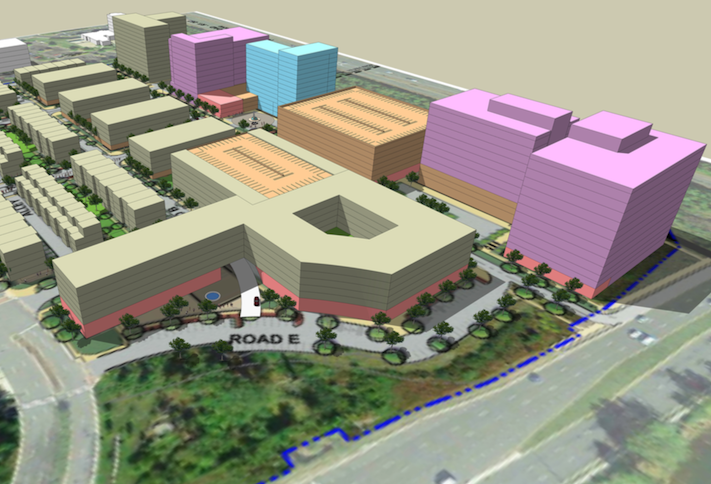 The highest-density part of the Arrowbrook Centre project is planned on a 10-acre parcel along the Dulles Toll Road and near the future Silver Line station. That portion would include three office buildings totaling 645K SF, a 150K SF hotel and a 250K SF high-rise residential building.

Jeffrey Fairfield, the manager of Arrowbrook Centre LLC, said the ownership group has been waiting for the office market to improve on the Toll Road before selling the commercial portions of the site to developers.

"If you had asked me in 2000 if it would take this long, I would have said no," Fairfield said. "But in retrospect, I'm not surprised. Real estate development takes a long, long time."

Fairfield thinks next year's opening of the Silver Line Phase 2 will increase demand along the corridor and make the site more viable for high-rise development.

"That's why we haven't sold it, we think eventually it will be very, very valuable," Fairfield said.

The 210-acre Moorefield Station site near the future Ashburn Metro station, approved for 9M SF of commercial space and 6,000 housing units, has also been slow to move forward. Pieces of the site farthest from the Silver Line station have sold to residential developers to build single-family communities, but the developer has not sold the planned commercial component of the site closest to the Metro.

Gravett, who also represents the owner of the Moorefield Station site, said this is the logical progression for large-scale development sites.

"I think it's a very good strategy," Gravett said. "When you represent landowners that can be patient, what you want to focus on is that these things can take decades."