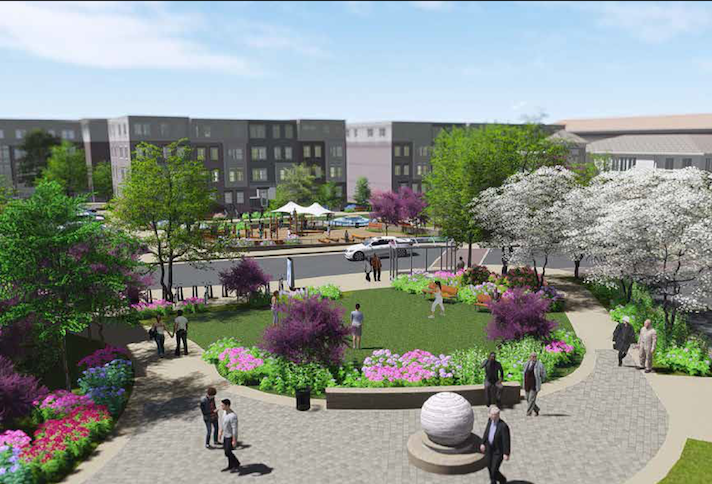 The site of a mostly vacant shopping center in Reston that lost its anchor tenant more than a decade ago will soon be redeveloped with over 150 new homes.

Jefferson Apartment Group announced Friday it closed on the sale of the residential portion of the planned redevelopment of the Tall Oaks Village Center to Stanley Martin Homes.

Demolition began in October on a portion of the property at 12022 North Shore Drive in Reston, and construction of the residential project is expected to begin this summer. The shopping center's anchor, a Giant grocery store, closed in 2007 and the property was 86% vacant in 2016, according to the development application.

The development will include 156 homes, a combination of multifamily units, condos and townhouses. JAG retains ownership of the 14K SF commercial space in the shopping center, which has two retailers that will remain through the development. JAG will look to bring in new tenants as development proceeds.

The property sits at the intersection of North Shore Drive and Wiehle Avenue, just 1 mile north of the Wiehle-Reston East Metro station. JAG Development partner Greg Van Wie told Bisnow in 2016, when the project was going through entitlements, that the developer aimed to find the middle ground between the traditional suburban-style shopping center and high-density, urban-style development.

"It was an interesting conversion of a use that was not really appropriate in today's retail environment or people's daily habit of real estate, but it also wasn't quite appropriate for the high-rise multifamily development we do in other sites," Van Wie said. "But it still worked for a dense redevelopment opportunity focused on for-sale housing with a retail component."