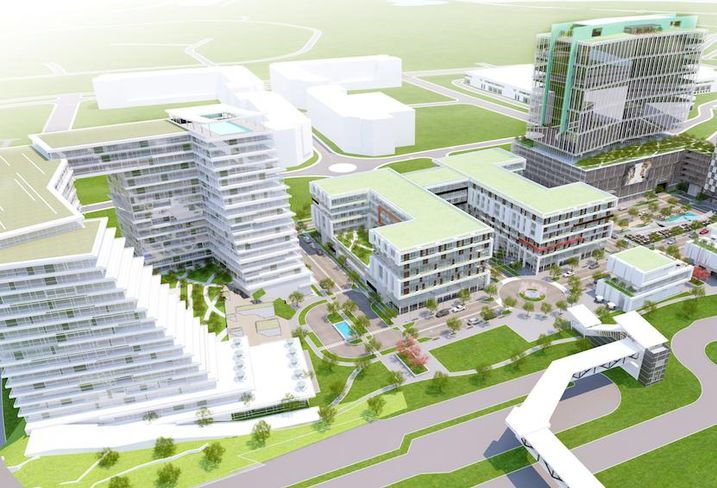 22 City Link's plan to build a "smart city" in Ashburn has landed a new partnership that will add an eight-acre section to the project that will open a year before the rest of the development.

The Gramercy District development team has reached an agreement with an adjacent landowner, Ashburn 2005, to integrate its 8.2-acre mixed-use development site with the remaining 16 acres of the project.

The addition to the now 24-acre project will be called Gramercy West, and will include a mixed-use building of office and retail plus a parking structure. It will deliver in late 2018, allowing the Gramercy District to open for office tenants a year earlier than it had planned.

“Ashburn 2005 has given us the ability to accelerate Gramercy District faster than we thought possible,” 22 City Link managing partner Minh Le said in a release. “This project is exciting. We’ve been meeting with representatives from across the U.S. and around the world to join our community at Gramercy District. Through our collaboration, Gramercy West can satisfy the demand and provide the opportunity for additional growth.”

Minh Le will be on hand to discuss the Gramercy District at Bisnow's Future of Loudoun County and Cocktail Schmooze on April 18.