10 Major D.C.-Area Developments That Delivered In 2019

The D.C. region's development continued to surge in 2019, with massive mixed-use projects delivering from Tysons to Ballston, Capitol Riverfront to NoMa and beyond.

These developments not only brought new apartments, office space, retail, restaurants and hotels to the region, they provided models that could be replicated nationwide for how to revive aging malls, bring suburban office parks to life and add new affordable housing to dense urban areas.

With the end of 2019 fast approaching, Bisnow took a look back at 10 major developments that delivered in the D.C. area this year. 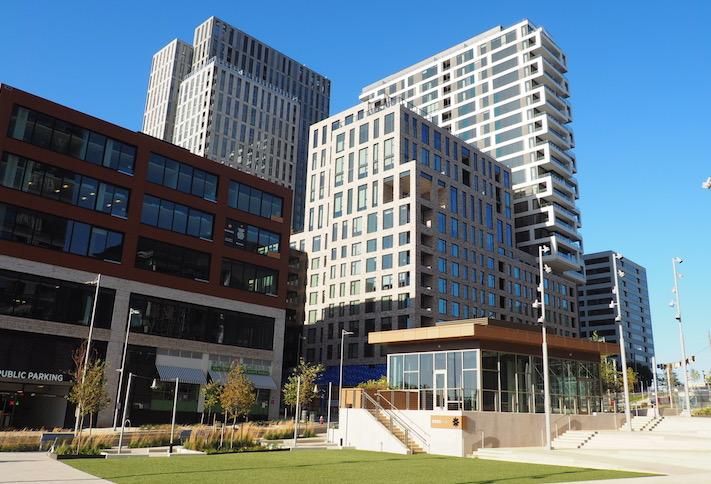 An expansive mixed-use development that exemplifies the type of walkable, amenity-filled environment Tysons planners are striving for delivered near the Greensboro Metro station this year.

The Boro's residential component is split into three connected buildings: a 32-story high-end apartment tower with 400 units, a 13-story building with 133 boutique apartments and a 25-story condo tower with 140 homes. The office portion features the 20-story Boro Tower and a five-story boutique office building.

The project's 250K SF of retail is anchored by a 14-screen Showplace ICON movie theater and a 70K SF Whole Foods, the largest in the region. It also includes a series of restaurants such as Flower Child and North Italia, and soft goods retail such as Ethan Allan. Last month, the development team announced several new retail leases, including restaurants Open Road, El Bebe and Cali Burger, Jeni's Splendid Ice Creams and an F45 Training fitness studio. 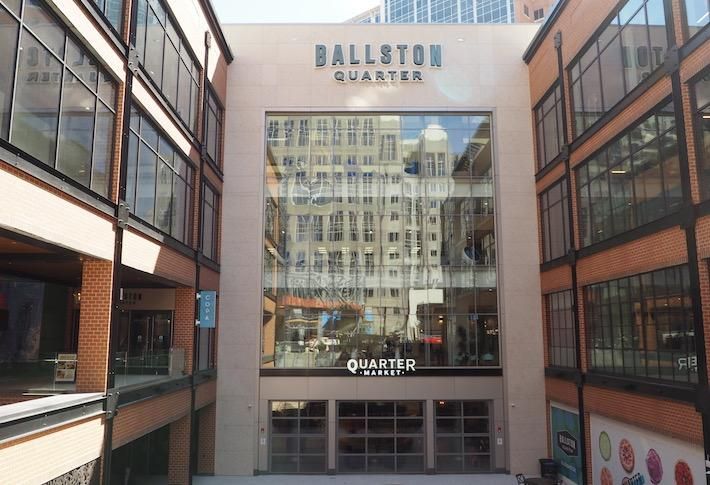 The full-scale redevelopment of a 1950s-era shopping mall brought a host of new retail amenities to Arlington County's Ballston neighborhood and provided a model for how to bring aging malls into a new era.

The $330M Ballston Quarter development opened earlier this year with a food hall, experiential retailers such as Punch Bowl Social, Five Wits, Cookology and Muse Paintbar, plus a large roster of new restaurants and shopping options.

The mixed-use development also features a 406-unit apartment tower and 176K SF of office space. The steps leading down to the courtyard at the front of the project create a public space that has hosted events including movie screenings and live music.

Across the street — and connected by a new pedestrian bridge — Jamestown recently completed its redevelopment of the former National Science Foundation headquarters, renovating the two office buildings and bringing new retail and public spaces to the property. 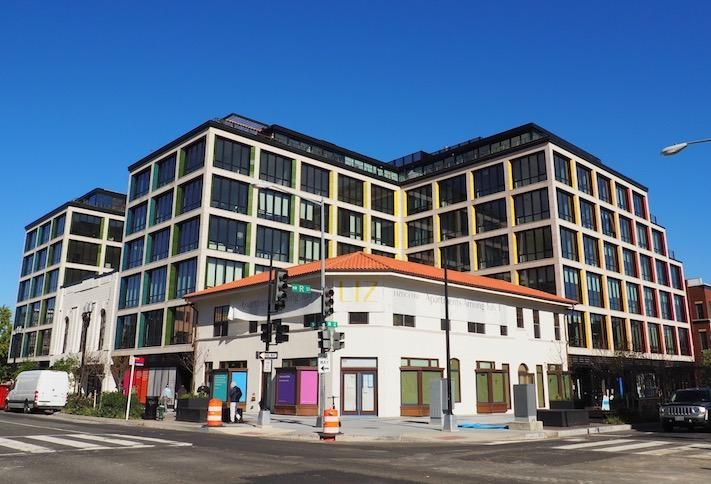 The 14th Street corridor welcomed a major new mixed-use project last month, the redevelopment of the Elizabeth Taylor Medical Center. Whitman Walker, a 46-year-old organization specializing in healthcare for the LGBTQ community, brought on Fivesquares to partner on the transformation of the prime corner site.

The redevelopment, branded as Liz, features 78 high-end apartments with rents ranging from $2,600 to $5,400. Whitman Walker occupies about half of the 60K SF of office space, with German cultural association Goethe-Institut taking the third floor and Fivesquares also moving into the building.

The retail is leased to coffee shop Bluestone Lane, Sephora, Parachute and an Amazon store. The corner ground-floor space features an LGBTQ cultural center. The project also brought new landscaped parklets with seating on the 14th and R street sidewalks. 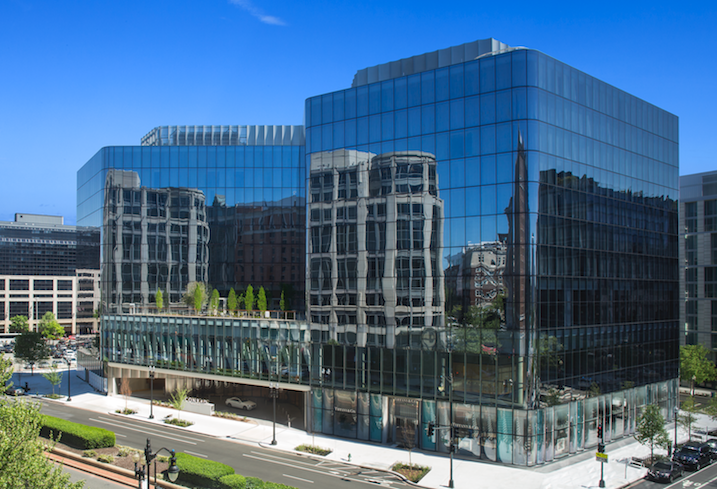 The luxury brand from Hilton, Conrad Hotels & Resorts, opened its first D.C. hotel in March. Sitting at New York Avenue and 10th Street NW, the Conrad Washington, DC is the first hotel at CityCenterDC, the massive mixed-use development on the site of D.C.'s former convention center.

The 10-story, 360-room hotel features 32K SF of meeting space, all above ground. Its food and beverage offerings are highlighted by Estuary, a Chesapeake-style seafood concept from chefs Bryan and Michael Voltaggio. It also includes Summit, a rooftop bar and lounge. 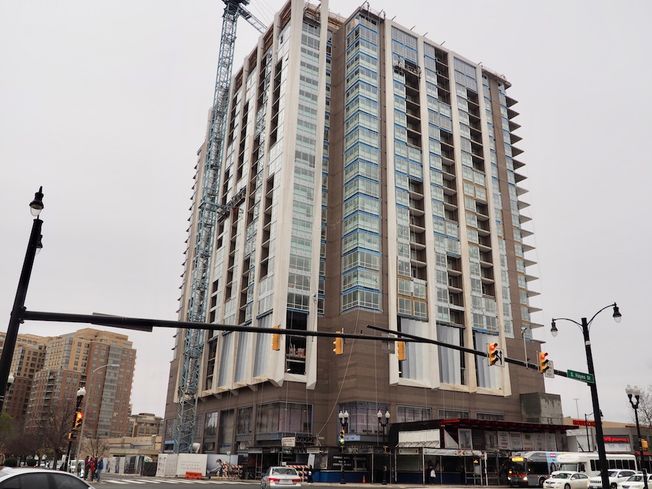 The newly christened National Landing neighborhood will have to wait at least a couple of more years before Amazon HQ2's new buildings deliver, but a well-timed apartment project across the street opened in July.

The Witmer, part of Kimco's redevelopment of the Costco-anchored Pentagon Centre retail property, features 440 apartments across its 26 stories. Kimco Senior Vice President Geoff Glazer said at a Bisnow event last month the building was already 75% filled after the first 100 days of its lease-up.

The project is one of several new apartment buildings coming to the neighborhood following Amazon's selection of the area for its second headquarters. JBG Smith, the developer partnering with Amazon, is planning to add thousands of units to the neighborhood in new high-rise towers and redevelopments of existing buildings. LCOR is also moving forward with a 280-unit project next to its 451-unit Altaire building that opened last year. 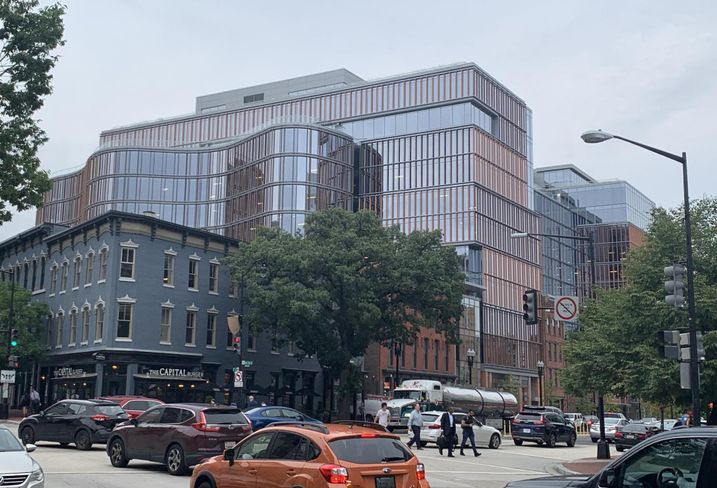 The Advisory Board signed on in 2015 as the anchor tenant for the project, leasing about 500K SF. EAB spun off from the consulting company and this year decided to renew its lease in the West End, but the developers said that did not impact the occupancy of 655 New York. The building this summer landed WeWork for a 107K SF space, part of the coworking giant's D.C. leasing binge ahead of its failed IPO attempt.

2 Multifamily Buildings At The Yards 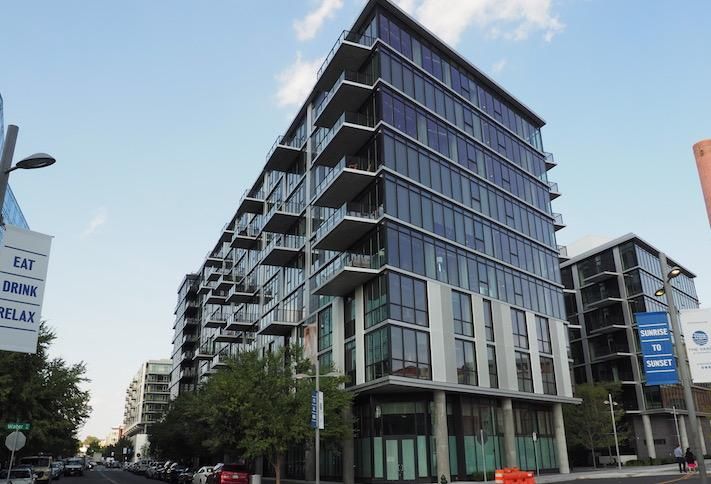 The Yards, a 48-acre megaproject in the Capitol Riverfront neighborhood, welcomed two new multifamily buildings this year: The Bower and Guild.

The Bower, a 137-unit condo building from Hoffman & Associates, opened in January as the first for-sale residential component at The Yards, and its homes are nearly sold out.

Guild, a 191-unit apartment building from Brookfield, opened in June. The Bauhaus-style building features an in-house arts walk, five murals and a courtyard structure. The buildings are two of 10 new multifamily buildings to open over the last two years in the fast-growing neighborhood. 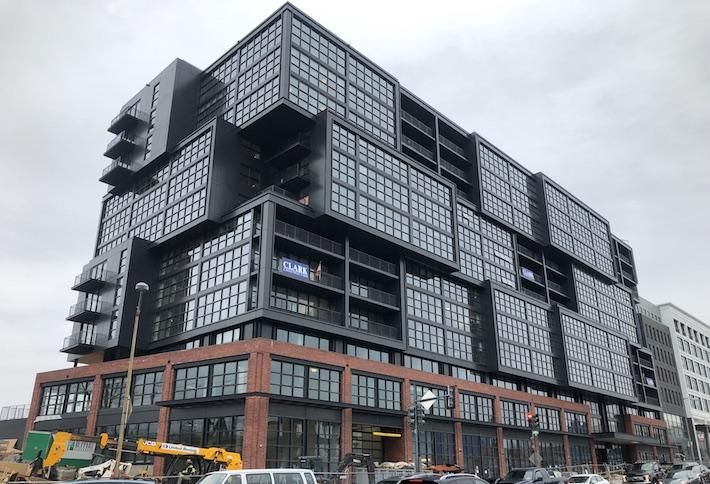 Bisnow/Jon Banister
The Highline at Union Market apartment building, where Quarters signed on for its first D.C. space.

The Highline, a 318-unit project from Level 2, FCP and Clark Enterprises, opened in May. It features 10K SF of retail along Florida Avenue with Orangetheory Fitness signed on as a tenant.

The Batley, a 432-unit project from Level 2, Trammell Crow Residential and Edens, also opened in May. The project is anchored by a 20K SF Latin market, La Cosecha, that opened in June with over a dozen food, beverage and soft goods offerings. 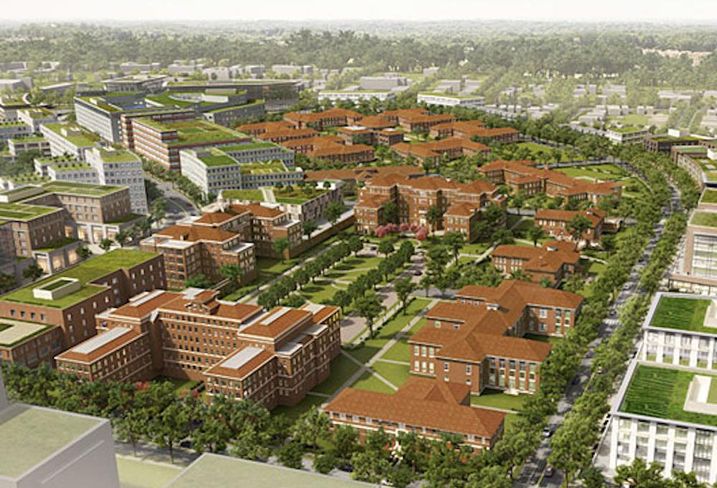 The Residences at St. Elizabeths East include 19 affordable units for those making up to 30% of area median income, 183 units for people between 30% and 50% AMI and 50 market-rate units. The D.C. government partnered on the project and provided $28.8M in financing. 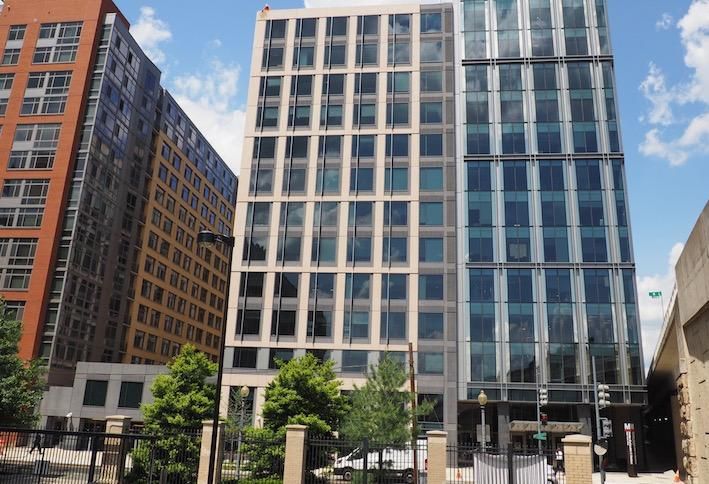 The Department of Justice in May moved into the Four Constitution Square office building, the final phase of Stonebridge's 7-acre development at the heart of the fast-growing NoMa neighborhood.

The move brought the DOJ's footprint at Constitution Square to 1.4M SF, with about 4,800 people at the complex. The development also features a 643-unit apartment building with a 55K SF Harris Teeter, a 204-room Hilton Garden Inn and several fast-casual restaurants.