Residence Inn Next To Amazon HQ2 Sells For $99M 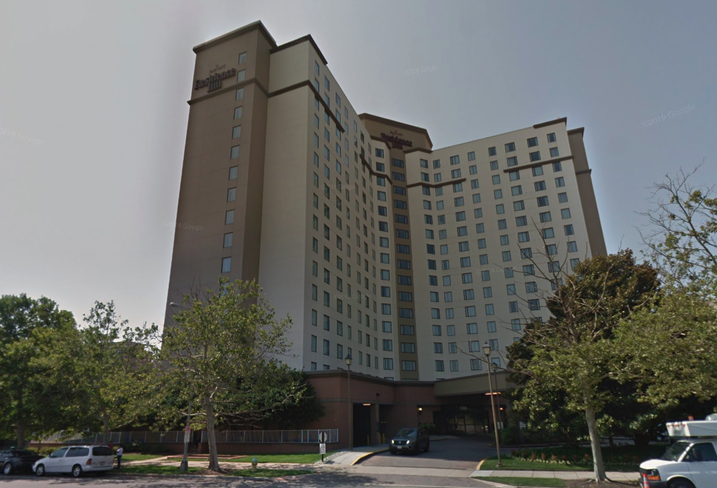 An LLC registered to Blackstone's headquarters at 345 Park Ave. in Manhattan is listed as the buyer. The executives listed behind the LLC work for BRE Select Hotels Corp., a Blackstone-controlled, nontraded REIT, according to the Reonomy platform. Blackstone did not immediately return a message seeking comment.

Host CEO James Risoleo confirmed the sale in the hotel REIT's Q2 earnings call, citing it, and the company's sale of two Chicago hotels, as examples of its commitment to selling some of its portfolio and using the proceeds to buy back its own shares. So far in 2019, Host has sold $609M in hotel properties, and has five more properties under contract to be sold, Risoleo said.

The Residence Inn underwent a renovation in 2012, 16 years after Host built the hotel in 1996. The REIT didn't list it among its top 40 assets in its Q1 investor presentation, and Risoleo said the company's focus is on owning only "iconic" properties. Arlington assessed its value at $84.6M in January, up from its $63M assessment in 2016.

Amazon recently disclosed more details of its plans to develop a 4M SF headquarters campus in Pentagon City. While the 2.1M SF first phase will be two blocks from the Residence Inn, the final phases of HQ2 would directly border the Residence Inn property to the east, but those wouldn't open until 2025 or later.

Host Hotels' D.C.-area portfolio includes the The Ritz-Carlton in Tysons, the JW Marriott, Grand Hyatt Washington and The Westin Georgetown in the District. Its nine-property D.C.-area portfolio brought in $252.3M in revenue for the year ending June 30, according to its most recent earnings report.

Property owners in Pentagon City and Crystal City have been cashing in on their investments over the last year, since Amazon announced the area was the winner of the HQ2 sweepstakes. Starwood Capital Group acquired an office building close to Amazon's initial leased space in Crystal City for $123M.

Polinger Co. bought a 533-unit apartment building in Pentagon City for $228M in May, which more than doubled its previous price when it sold in 2009.