5 Policy Issues That Could Affect Commercial Real Estate In 2020

The political discussion in 2020 will undoubtedly be dominated by the presidential election, with the Iowa Caucus kicking off the primary season Feb. 3 and the general election in November.

But beneath the noise of the White House race, policy debates will take place from the halls of Congress to local city councils that could have significant impacts on the commercial real estate industry. 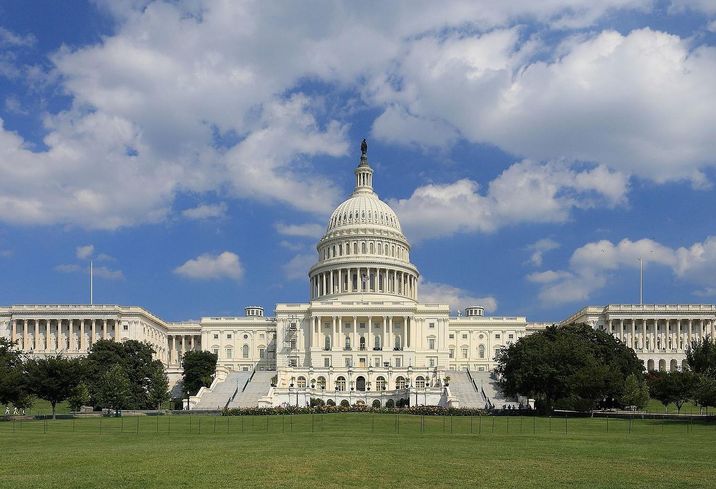 Trade has been a top economic issue throughout President Donald Trump's administration, but with a new North American trade agreement reached this week and a potential deal with China in the future, 2020 could feature major changes to U.S. trade policy.

The deal announced Tuesday between the White House and House Democrats on the United States-Mexico-Canada Agreement is unlikely to receive a Senate vote before year-end, The New York Times reported, pushing the final passage of the deal to 2020. The Real Estate Roundtable, a group that lobbies on behalf of the industry, supports the deal because it could improve the overall economy and help bring down construction costs.

"If you're in the real estate business, you want the underlying economy to be as healthy as possible, and the lack of an agreement here had been a drag on overall economic activity in the country," DeBoer said. "This agreement will both be a direct benefit in terms of the trading of materials that are used to construct assets, but also an indirect benefit because the underlying economy and businesses that trade goods will benefit from this."

The trade war with China has also been a drag on the U.S. economy this year, economic analysts agree, and it remains unclear if a deal will be reached next year to end the tariff battle between the two global superpowers. But Levy thinks the administration's political incentives in an election year could lead it to get a deal done.

"I'm optimistic we'll cut a deal with China, because I think cutting a deal with China is one of the things that is going to support our economy next year, which would help the president win re-election," Levy said. "So he has an incentive to get it done." 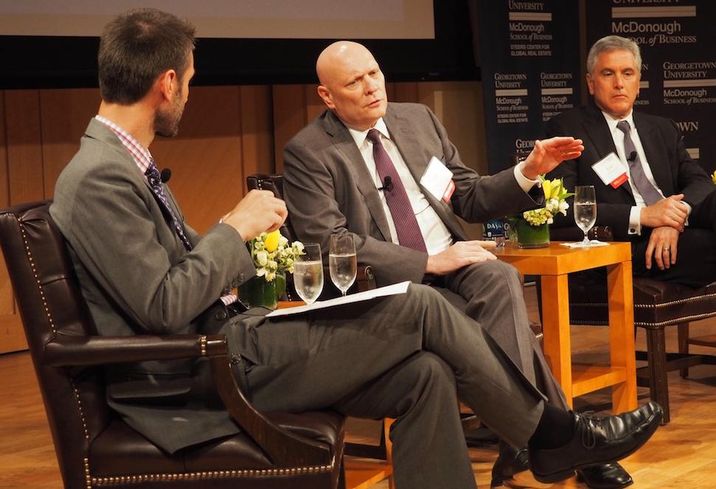 Investments in roads, bridges, transit and other public projects can benefit the commercial real estate properties that depend on that infrastructure and help spur overall economic growth.

A major national infrastructure package has been discussed since 2016, but it has failed to move forward. DeBoer said he does not expect a trillion-dollar infrastructure bill to pass during an election year, but that does not mean infrastructure spending can't be increased in other ways.

"I'm not expecting an overall infrastructure bill, but it's important to know that in each one of the separate appropriations bills, whether highway or airport or water appropriation bills, each one of those does have an element of increased spending," DeBoer said. "There are a variety of ways this is being addressed. It's not getting publicity, but it's going on, and I would expect that to continue."

Levy said increased infrastructure spending is inherently good for commercial real estate, but he wants to make sure money is invested in the areas where it can have the most impact. 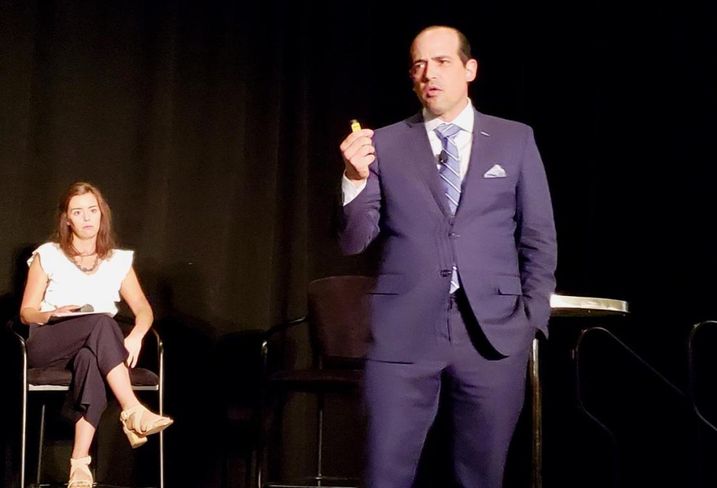 The issue of housing affordability continues to plague many major U.S. cities, but experts see some of the policies that have been pursued to address it as counterproductive.

Rent regulation began sweeping across the nation this year, with laws passed in New York, California and Oregon, and multifamily investors see the potential that more states will follow suit as one of the greatest risks to the industry.

"Rent control has chilled the market, certainly in New York and maybe to a lesser degree in California, from investors that want to go into markets, which is a terrible thing," Levy said. "You need money to continue to flow into markets if you want any affordable housing."

"We want to see a positive debate where people talk about the real problems of housing availability in America, which has to do with the permitting process, the ability to develop dense properties, the ability to use the Section 8 and the Low Income Housing Tax Credit programs, and maybe those things should be expanded," DeBoer said.

Levy said he sees NIMBYism as the No. 1 issue impacting housing affordability in cities, with local opposition acting as a barrier to new housing supply. He wants to see more local policies like the one Minneapolis passed to eliminate single-family-only zoning, allowing duplexes and triplexes to be built on lots that previously could only house one residence.

"You need to have a complete mindset shift on land control," Levy said. "What you need is people to call it like they see it and have the courage they showed in Minneapolis ... in absence of that mindset shift, we've got nothing."

While many of the policy debates affecting housing affordability will take place on a local level, the federal government has a role to play in reforming housing finance agencies Fannie Mae and Freddie Mac.

The federal government took control of the mortgage lenders in 2008, and the industry has been waiting for years for reforms that could return the agencies to the private market. The Treasury Department put forward a housing finance reform plan in June, and congressional committees held hearings on the plan in September and October. While Congress has yet to pass a housing finance reform package and it remains a contentious issue, DeBoer said the administration has managed to make some positive regulatory changes.

"There's always been this tension on Capitol Hill and it's hard to get anything done, but meanwhile the administration has put out a legislative proposal and a series of regulatory changes to Fannie and Freddie in terms of their overall capacity to provide lending to multifamily and try to encourage more targeting to moderate and lower income multifamily projects," DeBoer said.

He said the congressional debate over reforming the government-sponsored enterprises, or GSEs, will continue next year, and he thinks it will play a role in addressing the nation's housing affordability crisis.

"As the much-needed debate over housing supply and affordability across the country moves forward, GSE reform is right in the middle of that, both for single-family and multifamily financing," DeBoer said. "GSE reform is not going to solve the housing problems, but it's going to be an aspect of housing reform in the country along with a variety of other things that need to be done."

While not as widely discussed in the industry as some of the other issues, insurance for terrorism risk is the top policy issue on the Real Estate Roundtable's agenda right now, DeBoer said. The House of Representatives last month passed a bill to reauthorize the Terrorism Risk Insurance Act and DeBoer said he hopes the Senate will soon follow suit.

"We're optimistic we can get it done before the end of 2019," he said. "If that does not happen, our top priority in 2020 will be to extend TRIA and maintain that act."

The law, enacted in the aftermath of the 9/11 attacks, provides property owners with insurance coverage for terrorism risks that the private market could not assume without federal help.

"The reason it's important is you want your assets, the property and potential damage to be covered by insurance, but you also want the people in your building to be covered by insurance if, God forbid, something happened," DeBoer said. "If you don't have all risk coverage on your asset, typically it's very difficult to get financing for that asset from a bank or pension fund."