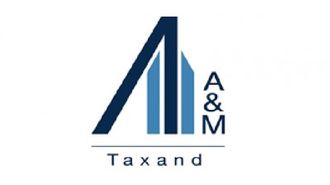 How Trump's Election Could Impact Your Immediate Tax Future

The likelihood of significant tax reform seems as close to becoming a reality as it has at any time since the Reagan era, Alvarez & Marsal tax director Jeffrey Gerarde tells us.

It's hard to argue with the evidence.

Following the election of Donald Trump and equally successful returns by Republicans on Election Day, 2017 will see the GOP holding a majority in both houses of Congress (239 to 192 seats in the House and 51 to 48 seats in the Senate).

"Given the considerable effort already made by the House Ways and Means Committee set forth in its blueprint for tax reform," Jeffrey says, "it is likely that this will serve as the foundation for any such reform, with input from President Trump."

It's important to note that none of the proposed changes have been passed yet. However, with those who designed and supported the likely new regulations set to take power, it's wise to get an understanding of the changes being discussed.

"From a high level, one item that everyone seems to agree on is to bring down tax rates for individuals and businesses alike," Jeffrey says. "What this means, from a planning perspective, is not only is there a time and money benefit of moving income into 2017 instead of 2016, but  there is also a rate differential at play if these laws are enacted."

He explains there can be significant value created by accelerating deductions into the 2016 year and moving income recognition into the 2017 tax year.

"Some of the common ways we are assisting our clients in accomplishing this is to analyze accounts receivable to make sure all bad debts are written off," Jeffrey says, "taking a hard look at fixed assets, pre-paying expenses where possible and taking steps to ensure year-end bonuses are deductible in 2016."

Jeffrey points our readers to this this article that delves much deeper into exactly what the proposed new tax plans mean for your business and how to navigate the immediate future.

Alvarez & Marsal's Blog
Alvarez & Marsal Taxand, an affiliate of Alvarez & Marsal (A&M), a leading global professional services firm, is an independent tax group made up of experienced tax professionals dedicated to providing customized tax advice to clients and investors across a broad range of industries. Its professionals extend A&M's commitment to offering clients a choice in advisors who are free from audit-based conflicts of interest, and bring an unyielding commitment to delivering responsive client service. A&M Taxand has offices in major metropolitan markets throughout the U.S., and serves the U.K. from its base in London. Alvarez & Marsal Taxand is a founder of Taxand, the world's largest independent tax organization, which provides high quality, integrated tax advice worldwide. Taxand professionals, including almost 400 partners and more than 2,000 advisors in 50 countries, grasp both the fine points of tax and the broader strategic implications, helping you mitigate risk, manage your tax burden and drive the performance of your business. To learn more, visit www.alvarezandmarsal.com or www.taxand.com
Confirmed! You are subscribed to the Bisnow Washington DC E-Newsletter.
Most Read Stories
More Top Stories
Bisnow DC Newsletter
Bisnow DC Newsletter