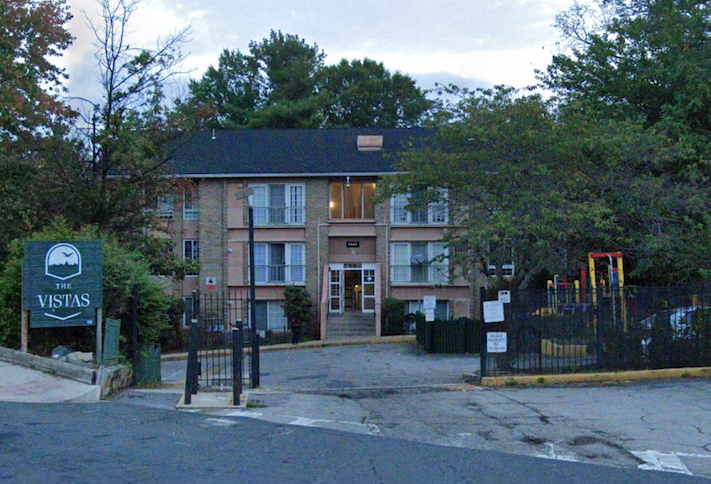 A Southeast D.C. affordable housing community, which has been the center of a lawsuit from the D.C. government and a rent strike from its tenants, has come under new ownership.

An affiliate of Austin, Texas-based Redwood Housing acquired the 398-unit property at 2549 Elvans Road SE and 2500 Pomeroy Road SE in a $58.7M deal posted Tuesday to the D.C. Recorder of Deeds.

The buyer secured a $72.4M loan from the D.C. Housing Finance Agency in a deal that was announced earlier this month and also recorded Tuesday. Redwood is partnering with the National Foundation for Affordable Housing Solutions to rehabilitate the property, DCHFA said.

Of the 398 units at The Skyline Apartments, formerly called The Vistas and Forest Ridge, 381 are covered by a Section 8 housing contract, according to DCHFA. The property is restricted to those earning up to 60% of area median income.

The Office of the Attorney General said in a 2018 release announcing the lawsuit that the property has been "plagued by persistent gun violence and gun-related crime." Between January 2017 and July 2018, the police responded to more than 280 incidents related to drug or firearm activity near the property, according to the OAG.

A group of the property's tenants launched a rent strike Dec. 31, citing issues of mold, water leakage and rodent and cockroach infestations that the landlord has not addressed, Washington City Paper reported.

Redwood Housing, which did not respond to requests for comment, describes itself as a mission-driven company striving to address the housing crisis by building and preserving affordable units.