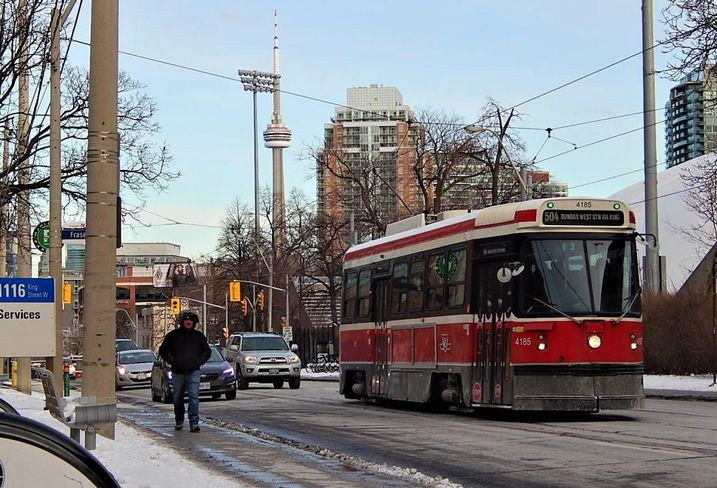 Ian Johnston/Bisnow
Streetcars are moving along a portion of King Street quicker since the launch of a city transit pilot project.

Launched Nov. 12 as part of an ongoing effort to deal with downtown congestion, the city initiative forces vehicles off King Street between Bathurst and Jarvis streets, freeing up the road up for streetcars.

The statistics, released in a City of Toronto report, measured the first two weeks of the project. They show that streetcar travel times have improved for both the morning (7 a.m. to 10 a.m.) and afternoon (4 p.m. to 7 p.m.) rush hours. In the morning, travel east along King improved from 15.3 minutes to 14.9; westbound went from 15.2 minutes to 14.3.

During the afternoon rush hour, streetcar travel times east went from 18.9 to 17.6 minutes, while westbound dropped from 19 minutes to 16.4.

The statistics also showed the reliability of streetcar travel had improved, with streetcars meeting their time targets 80% of the time heading east (up from 37%) and 67% of the time westbound (up from 32%).

The rerouted vehicle traffic has led to a variance in travel times of only one minute or less.

“In some cases, where increases in vehicle travel time of more than a minute are present, other conditions have been identified which most likely caused the delay,” said the city report, citing emergency utility work on Richmond Street as an example. 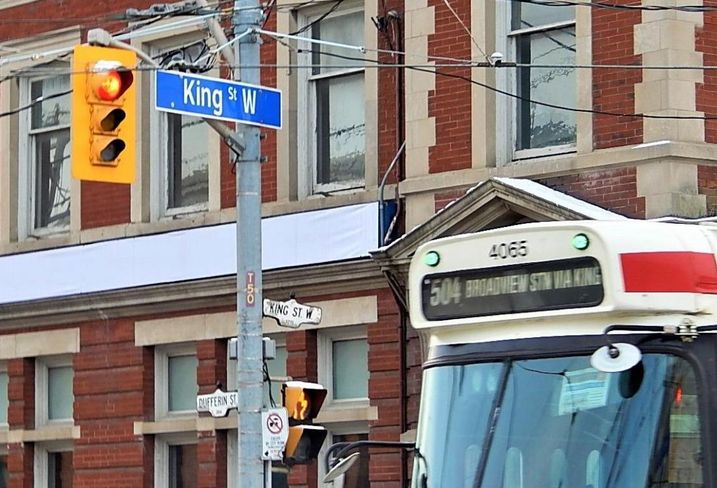 The launch has not been without criticism from downtown drivers forced off the street and King Street businesses. A recent Toronto Sun article said businesses — mostly restaurants — along the King project stretch have experienced as much as a 30% drop in revenue.

"Measurement is vital to the King Street pilot, and will ensure we can make any necessary adjustments so the street and surrounding area works for transit customers, cyclists, pedestrians, drivers and business owners as well as local residents,” Mayor John Tory said in a City of Toronto news release.

"We also appreciate the feedback of local businesses, transit users and the taxi industry and will continue to address any concerns as quickly as possible."