Miami Getting First New Office Tower In A Decade

When 830 Brickell opens in 2021, it will be the first new office tower in Miami in almost a decade. 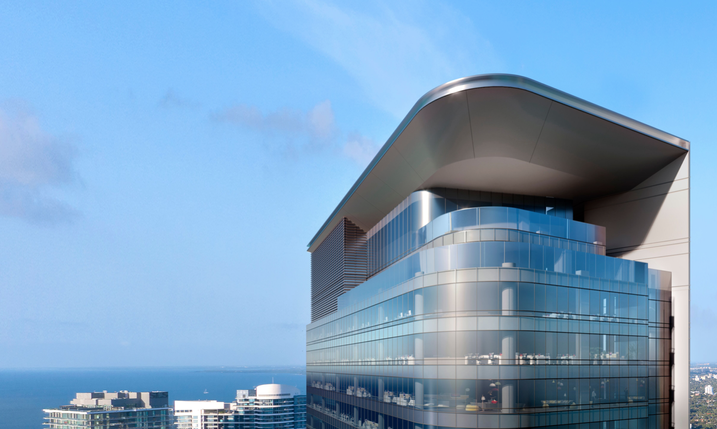 Developers are starting to introduce more office product into the market after years of focus on residential and mixed-use. The optimism is fueled by a recent rise in occupancy and rents. Almost 2M SF of office space is expected to be completed over the next two years, The Wall Street Journal reports.

830 Brickell is being developed by OKO Group and Cain International. The 57-story building will have a 30th floor sky lobby, a rooftop restaurant and bar, and a 14th floor terrace. WeWork is taking 146K SF in the 1M SF tower, which is being built with a construction loan from Michael Dell's equity firm, MSD Partners, according to The Next Miami.

Asking rents for office space in Miami grew 26% in the last five years, and vacancy rates have dropped from 11.8% to 8.8% in that same period, the WSJ reported, citing CoStar. According to JLL, the average asking rent is $41.03 per SF.

Tenants keen on the Miami market include logistics firms, companies that do business with Latin America and companies fleeing high-tax states.

The only buildings in Miami's central business district with contiguous spaces available larger than 100K SF, according to a May Newmark Knight Frank report, were the Southeast Financial Center, with a 133K SF block, and Citigroup Center across the street, at 104K SF. Both buildings are around 70% leased.

JLL's Q2 office report pointed to other notable office projects that have broken ground recently, including the 113K SF 850 Le Jeune I, and the 48K SF X Biscayne in Downtown Miami, both part of mixed-use projects. 850 Le Jeune is expected to add another 100K SF of office in a second phase.

"In total, there are 11 projects currently in the proposal stage," the JLL report said. "As of now the total proposed office square footage comfortably surpasses 1M SF. As demand remains healthy, 2019 is looking promising."