In 2010, when LeBron James announced during a televised ESPN special that he would be “taking his talents to South Beach” and joining the Miami Heat, Floridians chuckled, because while South Beach is the main tourist drag on a barrier island, the Heat’s stadium is actually located across a causeway, on the mainland in downtown Miami. 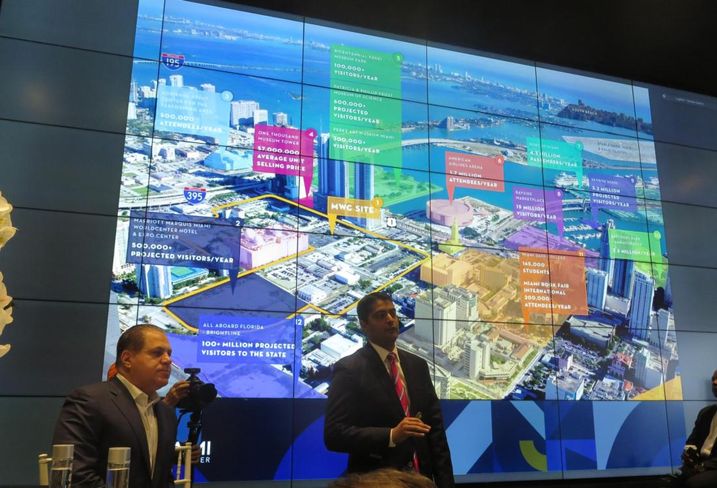 Bisnow/Deirdra Funcheon
Developers Art Falcone and Nitin Motwani show that the 27-acre Miami Worldcenter site is at the intersection of major streets and highways, train access and the port.

Today, the script has flipped. Parts of South Beach are struggling with vacancies, and the action is downtown. The biggest project of all is Miami Worldcenter, a $2.7B mixed-use concept spearheaded by developers Art Falcone and Nitin Motwani on 27 acres right at the crossroads of Biscayne Boulevard and major highways.

With four residential towers, a 1,700-room Marriott Marquis hotel and conference center, a 45-story office tower and 450K SF of high-street retail, is the biggest project currently going vertical in the U.S. after New York City's 28-acre Hudson Yards. (Both will soon be eclipsed by Water Street Tampa -- Jeff Vinik's $3B megadevelopment on 50 acres, which broke ground in April.) A media tour last week, which included a visit to the 43rd floor of the Paramount Miami Worldcenter condo tower, offered an incredible vantage point to witness the city's transformation. 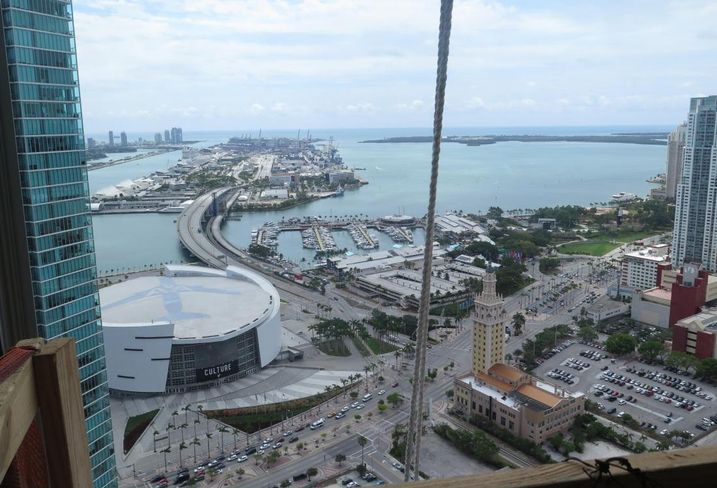 Bisnow/Deirdra Funcheon
From the 43rd floor of Paramount Miami Worldcenter, you can see the American Airlines Arena (the round building), where the Miami Heat play. The bridge leads to Port Miami. Also visible are a city marina, Bayside Marketplace, parks and Miami's historic Freedom Tower.

Downtown Miami was for decades a blighted area with crumbling parking lots and homeless people blanketing the streets. The area was dead except for a 9-to-5 influx of downtown office workers.

But developers saw opportunity. Falcone said he had a vision for a master plan when he bought the first big parcel for what would become Miami Worldcenter back in 2003, at an auction of city-owned land. Motwani joined him in 2005. Potential partners thought, "These guys are crazy," Falcone said. It took them 10 years and 40 contracts to assemble their site.

They held on through the Great Recession, when land was essentially on sale, and foreign buyers had huge appetites for luxury condos. Towers by other developers went up, and between 2010 and 2016, the downtown population rose 30%. More recently, city officials and planners have begun to focus on transit-oriented development, coworking and a burgeoning tech scene. Despite some voices predicting another real estate bubble and the drumbeat of warnings about climate change, developers have been bullish. 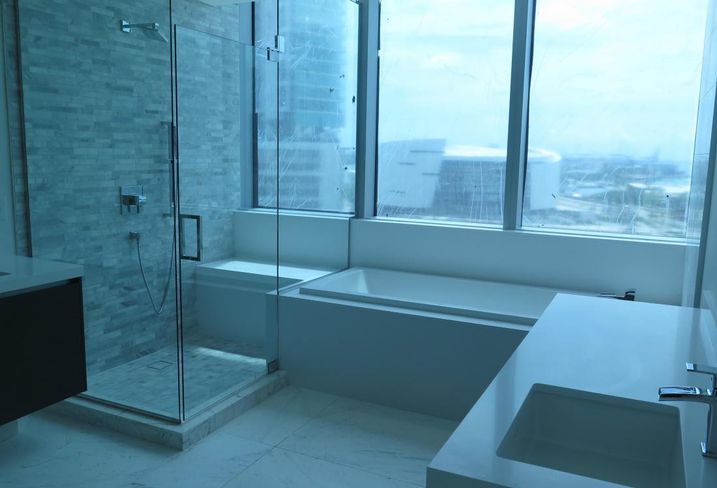 Next door, the Frost Science Museum opened last year. Cranes are everywhere, including at the site of One Thousand Museum, designed by late, famed architect Zaha Hadid. There are also efforts underway to activate the waterfront promenade, the Baywalk, and David Beckham is spearheading plans for a soccer team and stadium. 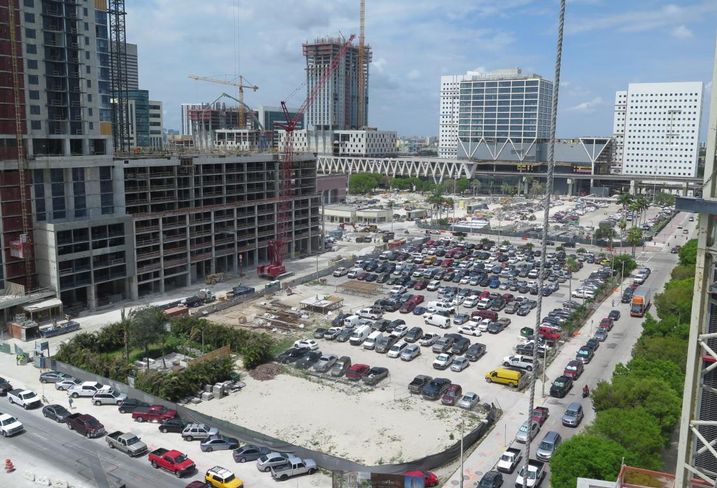 Bisnow/Deirdra Funcheon
Caoba, left, an apartment building that is part of Miami Worldcenter. The zigzag platform is part of Miami Central station, where Brightline rail service is set to begin May 19.

There are also hopes that mass transit will improve. A new train station, Miami Central, opened last week just steps from Miami Worldcenter. Service on a new luxury railway, Brightline, starts there next weekend and will eventually go to Orlando. Another train service, Tri-Rail, is also slated to come into downtown, and a downtown elevated rail service, Metromover, also operates locally.

Motwani marveled at how Miami is transforming from car-centric to pedestrian-first thinking.

"Ten years ago, the county code for pedestrians was 'non-automotive units,'" he said.

In total, the Downtown Development Authority says that there are currently 32,221 condos, 16,290 apartments, 20,000-plus hotel rooms, 6.1M SF of office space and 6.1M SF of retail in the development pipeline. (See an interactive map here.) 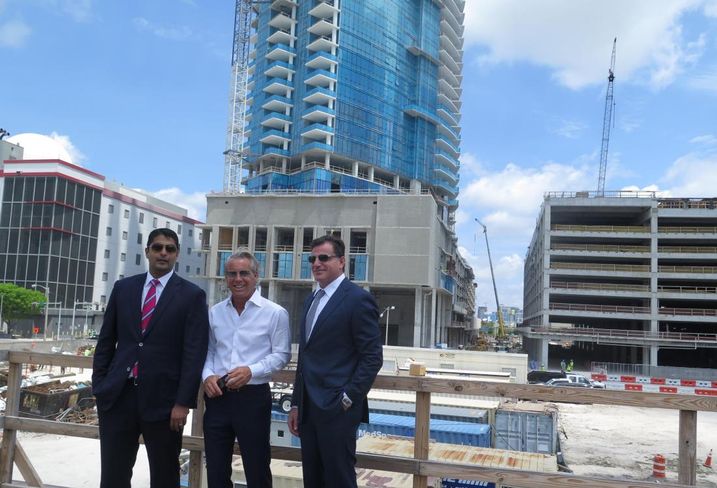 Of course, the focus is on luxury living — units at one of Miami Worldcenter's residential towers, Paramount, start at $700K.

Miami will have to contend with the same challenges facing many major cities. The Miami Herald reported this week that teachers can’t afford 91% of area homes and the city is experimenting with building staff housing on campuses. The homeless population is losing protections, and the middle class is, as always, getting squeezed.

Here is a 360-degree virtual reality rendering of what Miami Worldcenter will look like when complete.