A recent survey of 500 Tesla drivers found that owners of the Model X earn an average salary of $503K, while owners of the Model S earn about $267K. For a landlord or business owner, that is just the sort of well-heeled person you want renting your unit or perusing the goods in your store while she waits for her car to charge up. 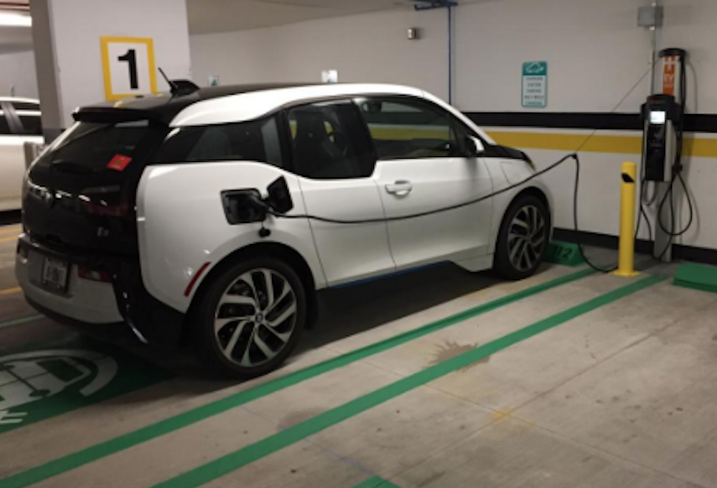 The companies that own and install the electric vehicle charging stations know this, and they are making it easier than ever for properties to host the chargers on-site, even at no cost. They want their networks blanketing the country, partly for the convenience of the drivers, but also because they make their money on the markup of electricity.

By 2040, more than half of new-car sales and a third of the global fleet — roughly 559 million vehicles — will be electric, Bloomberg reports. Several companies are competing to install chargers throughout the world by then, and even oil companies like BP and Shell are investing in charging networks.

In Miami, Brickell Energy sales manager Mike Gibaldi explained that his company installs industry-standard Level 2 chargers that are part of the ChargePoint network, which has 51,000-plus charging spots around the US.

The outlets are similar to the ones you might see for a clothes dryer. "They deliver about 25 miles of range per hour of charging," Gibaldi said.

Brickell Energy follows the same business model as vending machines; all it needs is space to set up. Workers will install a dual-port charger that can service two cars at a time. If a building needs an electrician to refit its wiring to install chargers, it can get a $6K credit toward the work, which often covers it fully.

We bring the charging amenity at no upfront and no operational costs to properties," Brickell Energy CEO Alejandro Burgana said. "We invest in equipment, a data plan, warranty, installation and reimburse electricity costs, so property owners and managers can offer the EV charging amenity without affecting their budgets or consuming management resources."

EV drivers use smartphone apps to find charging stations. This can lure drivers to places like restaurants that have EV chargers. The network providers make a profit by marking up the cost of the electricity, but still keep the price 15% to 30% below the cost of gasoline, Gibaldi said. Host properties get reimbursed for electricity used at cost.

The EV charging stations can be put into new construction as well as older buildings. So far, Gibaldi said, Brickell Energy has installed chargers for Icon Las Olas, the University of Miami and Carnival Cruise Line's offices. Partners are asked to make an eight-year commitment.

Tesla has its own charging network, too, with stations at Brickell City Centre, Museum Garage and the Galleria Mall in Fort Lauderdale. Its installation process and business model are similar, though some of Tesla's chargers, including its high-powered Superchargers, were designed to work only with Teslas, not other brands of cars. Elon Musk has indicated he would let other brands in on the network if they shoulder costs.

Property owners might also want to look at installing solar carports while they are at it.